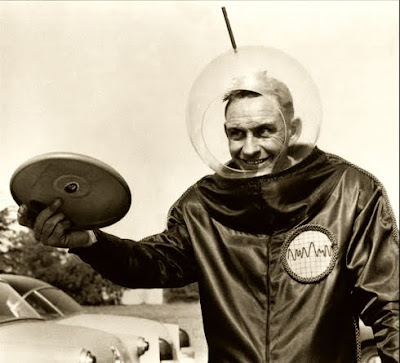 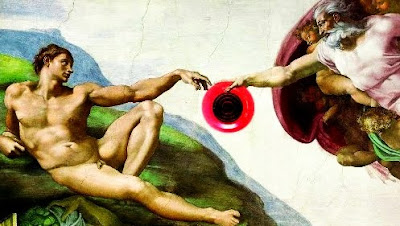 "Fred Morrison, inventor of the Frisbee, dies at age 90"

USA TODAY
Fred Morrison, inventor of the Frisbee, has died at his home in Utah at the age of 90.

Morrison traced the idea for the Frisbee to a Thanksgiving Day family picnic in 1937 when he and his future wife tossed the lid of a popcorn tin back and forth for fun, the Deseret News reports. He took the idea to the beaches of Santa Monica where he sold the "Flying Cake Pan" for 25 cents.

Various versions -- and various names -- came and went over the years, especially after Morrison learned aerodynamics as a bomber pilot in World War II. There was the Whirlo-Way, the Flyin-Saucer and the Pluto Platter until Wham-o signed on with Morrison and registered the name Frisbee.

The name comes from the Frisbie Pie Company of Connecticut whose tins were also tossed around by New England college students for fun.

They started calling Morrison's Pluto Platter a "Frisbie," The Associated Press says. Wham-o took on the name but changed the spelling for legal reasons.

Fred claimed that the original idea came to him while throwing a popcorn can lid with his girlfriend, Lu, whom he later married. The popcorn lid soon dented which led to the discovery that cake pans flew better and were more common. The two of them developed a little business selling "Flyin' Cake Pans" on the beaches of Santa Monica, California.

During World War II he learned something of aeronautics flying his P-47 Thunderbolt in Italy. He was shot down and was a prisoner of war for 48 days.

In 1946, he sketched out a design (called the Whirlo-Way) for the world's first flying disc. In 1948, he involved an investor, Warren Franscioni, who paid for molding his design in plastic. This was the world's first plastic flying disc, and they named it the Flyin-Saucer. In 1954, Fred bought more of the Saucers from the original molders to sell at local fairs, but found he could produce his own disc more cheaply. In 1955, he and Lu designed the Pluto Platter, the archetype of all modern flying discs. On January 23, 1957, they sold the rights for the Pluto Platter to the Wham-O toy company. Initially it was marketed by Wham-O still as the "Pluto Platter", but in 1958 Wham-O added the name Frisbee, a misspelling of the name of the Frisbie Pie Company.

Frisbee physics
Two factors influence the flight of a Frisbee, gravity and air. Gravity acts on all objects the same way, accelerating their mass towards the center of the Earth at 10 meters/second. Once in the air, lift and angular momentum act on the Frisbee giving it a ballet-type performance. Lift is generated by the Frisbee's shaped surfaces as it passes through the air. Maintaining a positive angle of attack, the air moving over the top of the Frisbee flows faster than the air moving underneath it.

Under the Bernoulli Principle, there is then a lower air pressure on top of the Frisbee than beneath it. The difference in pressure causes the Frisbee to rise or lift. This is the same principle that allows planes to take off, fly and land. Another significant factor in the Frisbee's lift is Newton's Third Law which states that for every action there is an equal and opposite reaction. The Frisbee forces air down (action) and the air forces the Frisbee upward (reaction). The air is deflected downward by the Frisbee's tilt, or angle of attack.

Spinning the Frisbee when it is thrown, or giving it angular momentum (gyroscopic inertia), provides it with stability. Angular momentum is a property of any spinning mass. Throwing a Frisbee without any spin allows it to tumble to the ground. The momentum of the spin also gives it orientational stability, allowing the Frisbee to receive a steady lift from the air as it passes through it. The faster the Frisbee spins, the greater its stability.

Definitions
Angular Momentum--A rotating body's resistance to change in its orientation and rate of rotation. This is similar to gyroscopic inertia.

Angle of Attack--The angle formed by the tilt of the flying disk and the line parallel to the ground.

Bernoulli's Principle--The pressure in a fluid decreases as the speed of the fluid increases.

Gravity--The force that makes objects move or tend to move toward each other.

Lift--An upward force resulting from decreasing the pressure on the top of an object by increasing the velocity of the air flowing over the top of it.

Newton's Third Law of Motion--For every action there is an equal and opposite reaction.