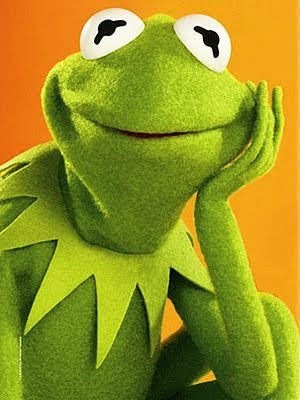 Can you really legislate "being green". Resistance will always be present.

The Wall Street Journal
This spring, city contractors will fan out across this well-to-do college town to unscrew light bulbs in thousands of homes and replace them with more energy-efficient models, at taxpayer expense.

City officials never dreamed they'd have to play nanny when they set out in 2006 to make Boulder a role model in the fight against global warming. The cause seemed like a natural fit in a place where residents tend to be politically liberal and passionate about the great outdoors.

Instead, as Congress considers how to encourage Americans to conserve more energy, Boulder stands as a cautionary tale about the limits of good intentions.

"What we've found is that for the vast majority of people, it's exceedingly difficult to get them to do much of anything," says Kevin Doran, a senior research fellow at the University of Colorado at Boulder.

President Barack Obama has set ambitious goals for cutting greenhouse-gas emissions, in part by improving energy efficiency. Last year's stimulus bill set aside billions to weatherize buildings. The president has also called for a "cash for caulkers" rebate for Americans who weatherize their homes.

But Boulder has found that financial incentives and an intense publicity campaign aren't enough to spur most homeowners to action, even in a city so environmentally conscious that the college football stadium won't sell potato chips because the packaging isn't recyclable.

Take George Karakehian. He considers himself quite green: He drives a hybrid, recycles, uses energy-efficient compact fluorescent bulbs. But he refuses to practice the most basic of conservation measures: Shutting the doors to his downtown art gallery when his heating or air conditioning is running.

"I'm old-school," Mr. Karakehian says. "I've always been taught that an open door is the way to invite people in."

He's not alone in ignoring the call to arms.

Since 2006, Boulder has subsidized about 750 home energy audits. Even after the subsidy, the audits cost each homeowner up to $200, so only the most committed signed up. Still, follow-up surveys found half didn't implement even the simplest recommendations, despite incentives such as discounts on energy-efficient bulbs and rebates for attic insulation.

About 75 businesses got free audits; they made so few changes that they collectively saved just one-fifth of the energy auditors estimated they were wasting.

The science behind climate change has taken hits of late. Authors of a landmark 2007 report on global warming have admitted to some errors in their work, though they stand by their conclusion that climate change is "unequivocal" and is "very likely" due to human activity, such as burning fossil fuels for energy. British climate scientists have also come under fire after their hacked email correspondence seemed to indicate they tried to squelch dissenting views.

Here in Boulder, some climate-change skeptics have become more vocal about their doubts in public and in online forums. But for the most part, those working on the energy-efficiency plan say the public still backs it. The hitch is in getting residents to move from philosophical support to concrete action. As Mr. Sheldon put it, until his neighbors all decide, " 'We're doing this!'... the city will be pushing a rope uphill."

A city of 100,000, tucked up against the Rocky Mountains, Boulder has a proud history of environmentalism. It was one of the first to levy a tax to protect open space. Residents bike to work at 20 times the national average.

But Boulder's carbon emissions edged down less than 1% from 2006 through 2008, the most recent data available.

By the end of 2008, emissions here were 27% higher than 1990 levels. That's a worse showing than the U.S. as a whole, where emissions rose 15% during that period, according to the Department of Energy.

"If a place like Boulder that regards itself as being in the environmental forefront has such a tough time, these types of efforts are not going to work as a core policy" for the nation, says Roger Pielke Jr., who studies the political response to climate change at the University of Colorado, Boulder.

One problem: People don't want to give up gadgets. Recently, Prof. Pielke taught a seminar on energy demand. The university had installed motion-detector lights that shut off when the room is vacant to save energy. But when he asked his 17 students to lay all their iPods, cellphones and laptops on their desks, they had 42 electronic devices among them. Powering those up, he said, negated any conservation value from the fancy lights.

A local home-theater installer says most customers purchase a power strip, so they can turn off the outlet when they're not watching. But during the Christmas holidays, 65-inch flat-screen TVs flew off the shelves of Boulder's ListenUp Audio/Video. "People are definitely going for bigger screens," manager Bob Murphy says.

The City Council will soon consider mandating energy-efficiency upgrades to many apartments and businesses. The proposals under review would be among the most aggressive in the nation, requiring up to $4,000 a rental unit in new appliances, windows and other improvements. Owners of commercial property could face far larger tabs.

The goal: to spur $650 million in private investment in efficiencies over the next three years.

"Everyone needs to do something," says Councilman Matthew Appelbaum.

Unless the city does it for them. Recognizing that, as Mr. Appelbaum puts it, "it's a real pain to do all that work," Boulder plans to spend about $1.5 million in city funds and $370,000 in federal stimulus money to hire contractors to do basic upgrades for residents.

In the program, dubbed "Two Techs in a Truck," as many as 15 energy-efficiency teams will go door-to-door. They'll ask home and business owners for permission to caulk windows, change bulbs and install low-flow showerheads and programmable thermostats—all at taxpayer expense. The techs will set up clothes racks in laundry rooms as a reminder to use the dryer less often. They'll even pop into the garage and inflate tires to the optimum pressure for fuel efficiency.

If they spot the need for bigger projects, such as insulation or a new furnace, the techs will help homeowners make appointments and apply for rebates.

Some grumble about Big Brother: "It's like, 'We're going to find a way to make sure you do this the way we want you to,' " says Robert Greenlee, a former mayor.

City officials say most residents want to make these changes; they just never seem to get around to it. In a test run in a lower-income Boulder neighborhood, nearly 70% of homeowners accepted the free upgrades. "We want to take away the financial barrier and the hassle barrier," said Kara Mertz, the city's local environmental action manager. That may not be enough.

Kathie Joyner, an environmental planner, was one of the first to get a city-subsidized home-energy audit, back in 2006. She eagerly trailed the auditor through her modest bungalow, watching as he pointed out leaks and inefficiencies. He promised she could slash her utility bills by a third.

Ms. Joyner vowed to get to work. But tackling the whole list would have cost $4,000. She ended up spending less than $1,000, mostly on insulation and weather-stripping. The rest of the advice, she set aside. "It just kind of went out of my brain," she says.

Three years later, Ms. Joyner says she hasn't noticed lower energy bills, in part because of rising rates and fluctuations in her electricity use depending on the weather. Frustrated, she says she isn't sure her investment paid off, either for her pocketbook or the planet. That discouraged her from spending more on the project. "That's the big disconnect for most of us," she says. "It's all very squishy. We're not really sure if it matters."

Among the most successful of Boulder's green initiatives, as measured by participation, is a program under which residents pay the local utility a premium—up to about $25 a month—to support wind power. That requires no effort beyond opening a checkbook. About 5,500 households participate.

By comparison, just 45 businesses committed to cut their energy use by 10% within a year, a pledge requiring more active steps. The city estimates those businesses will cut greenhouse-gas emissions by a total of 17,000 metric tons of carbon-dioxide equivalent. That's approximately the amount of carbon dioxide that 3,100 average U.S. cars emit in a year. Sending two techs in a truck to do the work for other, less-motivated businesses will reduce emissions far more—an estimated 88,000 tons—but at far greater taxpayer expense.

Relying on voluntary action is "slow to show significant results," the city concluded in a report last fall that called for stepped-up regulation.

James W.C. White, an environmental studies professor at the University of Colorado, says the city deserves credit for trying to push energy efficiencies. "It's always hard being out in front," he says, "but somebody's got to lead."

The city aims to overcome public inertia with a fresh advertising approach. Instead of talking about environmental benefits, new promotions will focus on financial benefits: Save energy, save money.

But there are signs Boulder's efforts are starting to lose favor. Voters county-wide last fall rejected a measure that would have doubled a public fund set up to give homeowners low-interest loans for efficiency upgrades, such as a new furnace.

Among the newly elected: Mr. Karakehian, the gallery owner who insists on keeping his front door open. He is concerned about the city mandating conservation and says his constituents agree.

"My phone has been ringing off the hook," he says. "I've had a lot of people talk to me. Not happy people. Maybe we've bit off more than we can chew."

There are, of course, true believers in Boulder. Councilman Macon Cowles, who won re-election last fall, almost never drives, has stopped heating his pool and just re-insulated his home. The Shanahan neighborhood in Boulder offers "solar tours" of local photovoltaic panels. Two years ago, just a dozen homes there had solar. Now, nearly 50 do.

Jeff Hohensee, a sustainability consultant, invested $125,000 in home-energy upgrades—though with rebates, his cost was $35,000—so his home uses only as much energy as solar panels on his roof produce. To spur neighbors to follow suit, he suggests the city measure every home's carbon footprint and publicize the results.

City officials aren't willing to go that far. But they are hoping to leverage peer pressure. They plan to post congratulatory signs outside homes that have let the "two techs in a truck" change the light bulbs. They'll offer prizes to churches and schools that get commitments from, say, 100 families to insulate their attics. They'll host energy-efficiency block parties and plan to hire a consultant to create a conservation buzz on Facebook and Twitter.

Even if residents implement every possible efficiency, it will take Boulder only part of the way toward its goal of slashing emissions of the pollutants linked to global warming.

More than 1,000 U.S. cities have pledged to make such cuts, yet analysts say most are stymied—in part because it's extremely difficult to reduce emissions without a wholesale switch to renewable energy sources. Boulder depends almost entirely for energy on a coal-powered plant.

"People say, 'It's Boulder! Kooky Boulder! Of course you can do it,'" he says, and sighs. "Not necessarily."

Thanks to POSP stringer Tim.
Posted by Mercury at 9:14 AM

ahhh...haaaaa....been reading my emails again have you not?