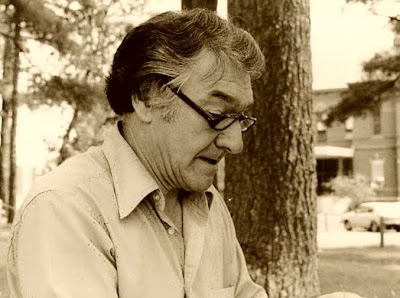 An anonymous reader of POSP replied to another post and mentioned Roy Gallant. I am not that familiar with him but I think he deserves mention as a prolific [nearly 100 books] writer of science...one of those individuals that attempts to bridge the gap between science and the populace.

Wired
Roy Gallant has taken millions of readers to the outer limits of our unmapped edges, from the farthest reaches of space, where gamma rays send interstellar signals back to planet Earth, to the remote ocean bottom, where mysterious creatures slither along lightless landscapes. He has spent decades tackling topics that even adults have trouble getting their head around — quarks, black holes, quantum mechanics — and written about them in an engaging and enlightening prose that has drawn readers of all ages into the mysteries of science.

Like many other men of his era, Gallant began his career as a warrior, serving in World War II and the Korean conflict, first as an Army Air Force navigator and then as a psychological warfare officer in Tokyo. When he returned to civilian life, he embarked on a publishing career in New York, working as a staff writer for Boys’ Life magazine. “That was a real, large-format magazine,” insists Gallant, his 85-year-old voice inflected with a Maine accent. “It wasn’t this little Mickey Mouse Reader’s Digest type thing.”

And although the shooting was over, the United States was in the thick of the Cold War. “The Russians had launched Sputnik, and the United States government panicked and started pouring money into libraries to buy science books,” Gallant explains. “The first article on astronomy I wrote was for Boys’ Life. I wrote an article about the origin of the moon. [Boys' Life] received hundreds of letters of interests. That started me seriously thinking about science writing as a career.”

That career would span 50 years and 96 titles, introducing three generations of young readers to the curious world of science. His first book, Exploring the Moon, was published by Doubleday in 1955 and introduced the baby boom generation to the then-distant, unknowable orb. It sold 100,000 copies and led to an entire series of Exploring titles, covering planets, weather, chemistry, and more. For Generation X, raised on moonwalks and Star Wars, Gallant brought the outer reaches of space into focus with Our Universe. Published in 1980, it sold more than 2.5 million copies and is still in print. The book was a staple of the young science geek’s bookshelf and Gallant’s favorite. By the 1990s, while he was running the University of Southern Maine’s Southworth Planetarium, Gallant was captivating Millennials with titles like The Day the Sky Split Apart and Geysers: When Earth Roars. Gallant’s latest book, Meteorite Hunter, was published in 2001, and it chronicles his expeditions across the Russian wildernesses of Siberia by train, horse, and foot as he studied the Tunguska event, an explosion that happened one night in 1908; it was 1,000 times the size of Hiroshima and to this day is not completely understood.

Of course, the problem with spending a lifetime publishing books about science — and astronomy in particular — is that the understanding of the universe is constantly evolving. “It seems that every time I wrote an astronomy book there would be something new to include in it and corrections to be made for earlier books,” he says, chuckling. “There was an article I wrote for Boys’ Life called “40 Billion Suns,” because at that time the population of the galaxy was thought to be 40 billion suns. Today it corresponds to 300 or 400 or 500 billion.”

Gallant isn’t in the publishing business anymore. He’s retired now and says he has no plans for another book — although he is still organizing and documenting his notebooks from his time in Siberia. But over the feature Classic 1950s Science Textbooks Get a 21st-Century Update, we introduce you to some of his work, and where necessary, update it for a more modern take on the curious and often violent outer limits of our knowledge and imagination. 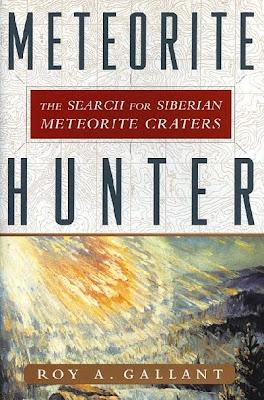 Veteran Meteorite readers will already be familiar with the work of author, astronomer, and adventurer Roy A. Gallant — often described as “The Indiana Jones of Astronomy.” A frequent contributor since the magazine’s inception, Roy’s account of his journey to Tunguska was the cover story for the very first issue in 1995. With back issues of the magazine now largely out-of-print and sought-after by collectors, Roy’s latest book: Meteorite Hunter: The Search for Siberian Meteorite Craters, is a welcome arrival. Its eight chapters consist, in large part, of expanded versions of Roy’s previously published articles.

A consummate writer/adventurer, Roy ranges across the magnificent expanse of Siberia, examining vast impact craters and forgotten strewn fields, pulling iron meteorites out of freezing mountain streams, and peppering it all with his observations of, and commentary upon, the land, its people, and its history. I was lucky enough to participate in Roy’s 1999 expedition to the Pogigai crater in Siberia (recounted in Chapter 6), and observed his enthusiasm and relentless energy first hand — two traits with which his writing is infused.

The colorful characters who accompany Roy on his missions: Chief of Staff and translator Katya Rossovskaya, and eminent Russian astronomer and meteorite hunter Valentin Tsvetkov, for example, are well described. Along with them, we encounter a cavalcade of wandering geologists, Russian soldiers, hardened farmers and loggers eking out a living on the Tundra, nomadic Tungus who still relate folk tales of the 1908 explosion, a voracious dog named Bill Clinton, and the Mayor of Kulcheck who is astonished by the arrival of an American in “his territory” — the first such visitor in living memory.

Roy works details of rural life into the stories, but also finds time to comment upon Chekhov, Pliny, physicist Ernst Chladni, and where to get the best deal on red caviar. However, it’s in the descriptions of the actual hunt that the book really shines. During arduous forays to Chinge, Sikhote-Alin, Tsarev, and other sites, a combination of good research, luck, and perseverance pays off with some impressive meteorite finds, but harsh weather, wild animals, and rough terrain must be dealt with, as well as other unexpected encounters:

“‘This has to be the end of the world,’ I say to Katya as I climb down onto our damp oasis. ‘I want to see the tiger,’ she says peering through the trees. Moments later we are greeted by a Russian man and woman who are startled to see us. The night before, Alexander told us that a party of seven meteorite ‘pirates’ was at the site [Sikhote-Alin] and had been there for three weeks. The woman cook quickly begins banging on an anvil that resounds through the forest. One by one, the other ‘pirates’ appear and eye us silently and suspiciously. They are dressed mostly in military garb, and each carries a heavy and cumbersome metal detector.”

A discussion of advances in the understanding of strewn fields — through the work of Krinov and Tsvetkov at Sikhote-Alin — will be of interest to the specialist, while an introduction to the main types of meteorites is illuminating for the casual reader. Fellow adventurers, as well as those who prefer the comfort of their homes to the buzz of angry Siberian mosquitoes, will enjoy this fine addition to both the literature of meteorite history, and adventure travel.

This review originally appeared in Meteorite magazine and is © by Pallasite Press.
Posted by Mercury at 4:33 PM

The first book I ever read about Darwin, when I was in high school, was one by Gallant.