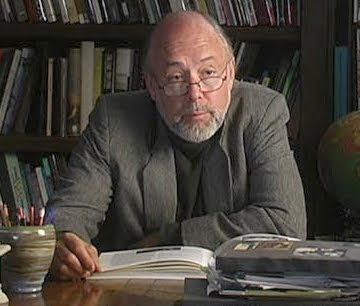 Los Angeles Times
Mark Ritts, who played Lester the lab rat on the wacky children's science series "Beakman's World" and operated and voiced the puppet co-host Kino on the PBS children's show "Storytime," has died. He was 63.

The son of puppeteers Paul and Mary Ritts -- their Ritts Puppets were a popular act that often appeared on television beginning in the early 1950s -- Ritts began working with puppets as a teenager when he assisted his parents on their TV shows.

When he started on "Beakman's World" in 1992, he thought he'd be operating a puppet named Lester the rat.

"He showed up in a white Panama hat and a leather shoulder bag and we dropped a bomb on him: You're wearing a rat suit," recalled Paul Zaloom, who as the eccentric scientist Beakman responded from his idiosyncratic lab to viewer questions about science and how things work.

When the giant rat costume was brought in for Ritts to try on, Zaloom said, the arms had not yet been sewn on. "A rat suit with no arms: We took one look at it and said, 'That's perfect.' "

As Lester, Ritts would sport a constantly changing array of tattoos on his bare arms, from the word "Mom" to an anchor to a black leopard -- "the kind of thing a sailor would get when he was drunk in Honolulu," Zaloom said.

Instead of wearing a complete costume rat's head, the bearded Ritts wore a whisker-sprouting rat nose. And, Zaloom said, "we made sure the elastic that held the nose on was a hundred percent visible."

Ritts' rat ears had what looked like bites taken out of them -- one ear bore a metal lab ID tag -- and the fur on the body suit had different-colored blotches.

"He looked like he had been experimented on multiple times," Zaloom said.

Sometimes, he added, "we'd make an on-screen reference that it was an unemployed actor in a rat suit."

As Lester, Ritts "was the skeptic and sort of the house clown. He was the Costello to my Abbott," said Zaloom, who wore a brown fright wig and fluorescent-green lab coat as Beakman.

"You know, our big inspiration [for the show] was not Mr. Wizard," he said. "Soupy Sales was the man we looked up to as our model."

Added Zaloom: "The thing that's interesting is that both Mark and I are puppeteers, and we both got jobs as actors. It might sound hyperbolic, but he was fantastic -- not only as the character he played as the rat, which he developed to have a whole range of comedic tics and characteristics, but both of us also began to play other characters" on the show.

"Mark really was an incredibly talented and versatile performer but also a beautiful human being," Zaloom said. "He really was the sweetest man in the world."

"Beakman's World," which began in 1992 in syndication and on the Learning Channel, moved to CBS, where it ran from 1993 to 1998. It is still in worldwide syndication.

During the '90s, Ritts also voiced and operated Kino, the 7-year-old boy puppet, on the PBS reading series "Storytime," winning a Los Angeles Area Emmy Award for his performance. He was also one of the writers.

For Ritts, it was an opportunity to work with a long list of celebrities who read children's stories to the young viewers, including John Goodman, Tom Selleck, Ellen DeGeneres, John Ritter, Kirk Douglas, Little Richard and Kirsten Dunst.

"There have been many, many occasions where I have felt like pinching myself," he told the Daily News of Los Angeles in 1997. "I'm back there with this little puppet on my arm thinking, 'Good Lord! You're doing a scene with Kirk Douglas!"

He was born June 16, 1946, in West Chester, Pa., and grew up in Princeton, N.J. He earned a degree in English literature at Harvard University, where he was also active in theater.

Among other things, he later made short films for corporate clients and produced public service announcements and live corporate shows. He also continued his sideline as a puppeteer on NBC's "The Pink Panther Show," PBS' "The Real Adventures of Sherlock Jones and Proctor Watson" and other TV shows.

More recently, Ritts and longtime collaborator Ted Field had been producing a series of boating videos, including "Cast Off for Catalina" and "Cast Off for Mexico."

In addition to his wife, Ritts is survived by his children, Dan, James and Gabriella.

[FOR THE RECORD: The headline on an earlier version of this story incorrectly said Ritts was 92 at the time of his death.]

THE BEST OF BEAKMAN'S WORLD

Beakman's World [Wikipedia]
Posted by Mercury at 7:17 AM