Osmium in addition to Carbon 14 dating 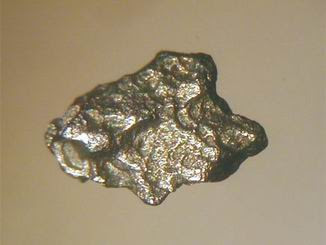 This is interesting news regarding the dating of ancient human activity in the correlation of osmium concentrations to ancient technologies such as mining and smelting.

Geochemistry: Rare element can be used to detect past human activities

Chemical & Engineering News
Evidence of ancient human activity can be gleaned from the concentrations of the rare element osmium in soil core samples, a new report shows. The finding suggests that osmium could be used generally to discover and date past human industrial activities.

An international team led by Sébastien Rauch at Chalmers University of Technology, in Sweden, shows that 4,700 years ago technologies such as mining and smelting affected the distribution and concentration of osmium in peat bogs in the Xistral Mountains of northwest Spain.

Next to iridium, osmium is the least abundant element in Earth’s crust. But it can be emitted as a by-product of processes such as mining or smelting. Scientists have already discovered that some modern human technologies, including the production of automobile catalytic converters, have concentrated osmium in some areas.

"In a period when we are focusing on major emissions—greenhouse gases—this study shows that human activities also affect the cycle of trace elements," Rauch notes.

Now, Rauch and colleagues have found that osmium concentrations in their Spanish peat bog samples increased around 4,700 years ago, corresponding with the start of early mining. A second increase occurred about 2,000 years ago, during the Roman occupation of the Iberian Peninsula in southern Spain, possibly due to production of copper from sulfide deposits. A third increase occurred around 1750, during the start of the industrial age.

"I certainly would not have predicted the multiple anthropogenic Os sources implied by the data," says Gregory Ravizza, a geologist at the University of Hawaii, Manoa. "If it becomes possible to deconvolve [separate out] the different anthropogenic sources based on other similar records, this could turn out to be a finding of considerable importance over the long term."

Ilia Rodushkin, a geochemist at Luleå University of Technology, in Sweden, says the paper "is a great example of the potential of this radiogenic system for reconstructing ancient industrial activities."

The work also bears on modern human activities, notes Mukul Sharma, a professor at Dartmouth University, whose lab has suggested that refinement of osmium-containing platinum ores releases osmium as volatile OsO4. Production of platinum has been increasing exponentially over the past 30 years, Sharma says, and may continue to rise as consumption of other platinum group metals, in products such as automobile catalytic converters and fuel cells, increases. That rise, it follows, may be reflected in osmium soil profiles.

Osmium
Posted by Mercury at 6:31 PM