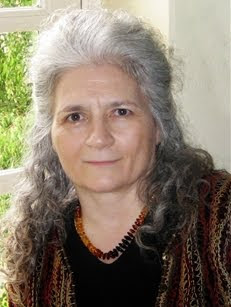 “The question of technology is one of the most important questions in all of philosophy because we, as human beings, live with technology and live on its terms. Something like the Internet is so immediate to us … so intimate in our lives, that we take it for granted and may not realize that it actually plays a role in shaping our thinking.”
"Philosophy Professor Sees ‘Plato’s Cave’ in Today’s Technologies"

Fordham University
What is life?

That fundamental question fascinated Babette Babich, Ph.D., professor of philosophy, when she was an undergraduate student, so she majored in biology.

But the answer she was looking for was not to be found in the natural sciences. Instead, she discovered it in the dense texts of Friedrich Nietzsche and Martin Heidegger, philosophers whose ideas about life fueled her desire to explore that critical question.

“I also didn’t want to sacrifice hamsters just to study them,” admitted Babich, a contemporary continental philosopher, author of four books, recipient of three Fulbrights and founder and editor of New Nietzsche Studies and editor of a new collection, Heidegger und Nietzsche (Rodolpi, 2009).

Today, Babich moves smoothly between antiquity and the 21st century when rendering commentary about the philosophy of science and technology. At the Lincoln Center campus, Babich teaches Internet-savvy students a course on technology and values, which incorporates Heidegger’s notion that “technology leads science.”

What he meant, for example, is that without a microscope, scientists would not have been able to discover the structure of a cell; without the Large Hadron Collider, no so-called “God particle.” Heidegger even suggested that modern technology challenges natural science and alters humanity’s way of being in the world.

“That concept was a big shock to me,” said Babich, who credits Heidegger with getting her out of biology and into philosophy. Today, the philosophy of science and technology is one of Babich’s biggest interests.

“The question of technology is one of the most important questions in all of philosophy because we, as human beings, live with technology and live on its terms. Something like the Internet is so immediate to us … so intimate in our lives, that we take it for granted and may not realize that it actually plays a role in shaping our thinking.”

Already, Babich noted, the social scientists—including psychologists and sociologists—are looking at the effects of the Internet and cell phones on humans and behavior. Philosophers, said Babich, also need to get involved.

She compares the online world of virtual reality to the view within Plato’s Cave, from a parable in Plato’s The Republic. In the parable, human prisoners have lived their lives chained in a cave, facing only a blank wall. The shadows projected on the wall by real things passing behind them are the only reality they know.

“The Internet gives us shadows to look at, which we take for reality,” said Babich. “When children are harmed because of a posting on the Internet, one can see that, to them, it’s the real thing.”

Because human consciousness has the ability to project one’s full consciousness into a virtual world until the real environment fades away, it is important for philosophers to think about new technologies and their consequences for “being” human, Babich said.

“We are dealing with something very new,” she said. “We have self-representations in the virtual world, yes. But it is not just what you put up—it is also what someone else anticipates and projects.”

The question of technology and self-representation in a civilization is not new to Babich. The ancient Roman historian Pliny claimed that ancient Greek cities, such as Athens, Rhodes or Olympia, were filled with literally thousands of life-sized bronze statues, most likely created with the day’s latest technologies. Babich was curious about why so many statues were there, and what it was like to live in such a world.

Babich hypothesized that the ancient Greeks created the plethora of public statutes from casts of actual persons. The statues provided them with exemplars of excellence against which rank-and-file citizens could measure themselves, thus introducing a kind of competition. These rank-and-file citizens, in a state of “agonistic tension,” found their own reflections in the polished statues.

Today, Babich said, we do the same thing when we catch our own image in a store window, or when we enjoy mingling at an elite event with the elegant people.

“We walk among them, they reflect into us, and we feel as if we are on their level,” she said.

Babich has taught philosophy at Fordham for 20 years and has held a full professorship since 1999. The need to ground philosophy in its own history, she said, is solidly entrenched in Fordham’s core curriculum—and Fordham students benefit from it.

“The Jesuit tradition includes a historical thoughtfulness in the teaching of philosophy,” Babich said. “Philosophy raises crucial questions: What should we do to be moral? What is the nature of the human being? What distinguishes the Fordham undergraduate from students at any of the other metropolitan colleges who ask the same questions, is that he or she pursues the questions in a systematic way with the resources of the last 2,000 years.”

Such a teaching emphasis, Babich said, enables a Fordham student to keep someone like Plato, or St. Thomas Aquinas, or Emmanuel Kant, relevant and modern.

“We can go inside that parable Plato is telling and explain why it is relevant today,” she said.

And philosophers themselves can function like the prisoner in Plato’s parable who escapes his chains, rises to see the real world and to understand the meaning of life, and shares that enlightenment with others, she said.
Posted by Mercury at 9:15 AM