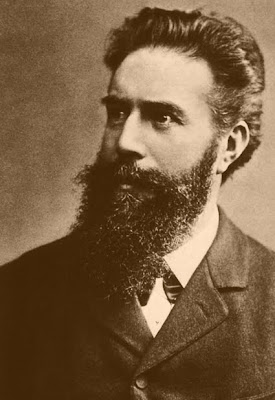 Wilhelm Röntgen [1845 to 1923] was the first person to receive the Nobel Prize in Physics for his discovery of X-rays.
What's the issue here? Are the challengers concerned about prestige, money, ethical integrity?

Wikinews
A controversy has arisen regarding this year's Nobel Prize in Physics. Fellow scientists contest whether Canadian George E. Smith and American Willard Boyle deserved the prize. It was awarded for the invention of the charge-coupled device, which is essential in modern digital photography. The main dispute was raised during an October interview by Eugene Gordon and Mike Tompsett, two now-retired colleagues from Bell labs. They claim that Smith and Boyle were not the main scientists behind CCD changing into image capturing technology.

Charge-coupled devices move electrical charge around an array to a location where the charge can be manipulated (e.g. read out). Coupled with a device that converts light to digital signals, this enables digital imaging, which gave rise to modern-day digital photography. The Nobel citation indicates that digital imaging was the basis for the award.

Boyle apparently received credit for the invention because of his position as head of the laboratory, and Gordon claims that he actually had very little, if anything, to do with the CCD's use in imaging. Gordon says that he has "documentation that disproves most of what they are saying and the rest of what they are saying is not at all logical". Tompsett says that Boyle and Smith deserved credit for the original concept, but that he should be credited for its use in imaging, which they had, he said, not even considered.

Gordon and Tompsett claim that the Royal Swedish Academy of Sciences made a mistake by awarding the prize. Gordon said in an interview at his home in Mountainview, New Jersey, on Monday that "they wouldn't know an imaging device if it stared them in the face". They say that the patent used to justify the award does not mention imaging devices, and that they were the first to find such a use for what had previously been a project in memory and electrical storage. This development led to the invention of digital photography, as it meant that images "could now be captured electronically instead of on film".

Boyle and Smith say that to them, it was obvious that CCDs could be used for imaging, however they handed that particular task to Tompsett. Gordon said of Tompsett: "He invented how to do it. He designed the devices. He built them. He demonstrated on them," and suggests that the prize be awarded to him instead.

Boyle and Smith have previously received a number of awards for inventing the CCD, dating as far back as the Stuart Ballantine Medal in 1973 from the Franklin Institute. Other awards came in 1974 and 1999 from the Institute of Electrical and Electronics Engineers up to the Charles Stark Draper Prize in 2006.

The Nobel Prize in Physics has previously been awarded controversially, dating back to 1909 with a disagreement between awarding the prize for inventing the radio to Tesla and Marconi, and the exclusion of Jocelyn Bell Burnell from the 1974 prize for the discovery of the Pulsar, awarded to Antony Hewish.
Posted by Mercury at 7:31 PM