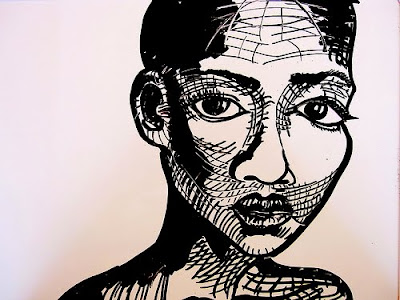 The Black Athena Controversy
by

The Black Athena controversy is an outgrowth of two groundbreaking works by Martin Bernal. He named them fittingly Black Athena Volume 1 and 2. Black Athena is a reference to his assertion that the Greek god Athena has African or black origins. Bernal is a Professor trained in Chinese Studies. In the course of his studies he acquired a knowledge of "Chinese, Japanese, and Vietnamese as well as a little Chippewa." He then became interested in his Jewish roots and so began to study a little Hebrew. In the pursuit of the knowledge of this language he discovered that the Hebrew and Phoenician languages were both dialects of the Caananite language group. Furthermore he began to see a large correlation of words between Greek and Hebrew. Being as Hebrew was a Caananite language of the Semitic peoples, and Greek had so many words in common this caused him to reach a startling conclusion. Based upon Bernals experience with his study of languages he realized that classical Greek shared so many of the same words that there must be more than a passing relationship between the Semitic peoples and Greek culture. Bernal postulated that Greeks must have either had direct contact with the Caananite people early in their history or they were directly descended from a Caananite people. He finally states in Black Athena that more than 25% of Greek comes directly from Semitic roots, 40 to 50 percent came from indo-European roots and the final part of the language was from Egyptian.

From this discovery Bernal entered into a lenthy study of Classical Greek Culture. Eventually he came to the conclusion that Greek culture has been misrepresented as Indo-European in origin when in fact it is likely largely African or Semitic. His explanation for this which has been much cussed and discussed is that history was revised in order to flush out the African contribution to Greek Culture. Bernal contends in the late 1700's the anti-Semitic and anti-African sentiments of the time, resulted in those cultures being eliminated from establishment history. He directly charges that this changing of history was an act of unjustified racism.To prove his thesis Bernal defined three models of accepted history.One of the groups that favorably embraced Bernal's work were Afrocentric scholars. They felt that his argument lent validity to their field of study. Furthermore Bernal also legitimated his thesis by showing distinct links or borrowings of religion from the Egyptian civilization. Specifically he connected the Cretan Bull Cult of Minos and the Minotaur to origins in the Egyptian god Min who frequently required bovine sacrifices.

Was Greek Culture Stolen from Africa? 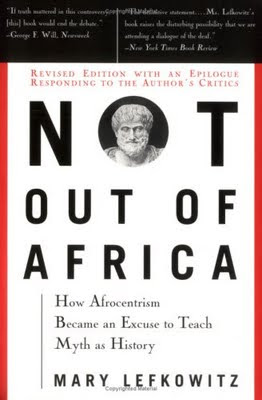 Not Out Of Africa: How "Afrocentrism" Became An Excuse To Teach Myth As History

Wellesley classics professor Mary Lefkowitz takes aim at the basic claims of leading proponents of Afro-centrism, in this expansion of her New Republic article exposing flaws in the argument that black Africans were responsible for the great civilizations of Egypt and Greece that brought praise from historians and criticism from Afrocentrists. Lefkowitz argues that the Greeks' African heritage touted by Senegalese scholar Cheikh Anta Diop is based upon a single dubious source and that Egyptians never considered themselves black Africans, in fact, that they consciously disassociated themselves from blacks. She argues that the legacy of these two cultures remains so rich even foes of European civilization want to claim that legacy for themselves. --This text refers to an out of print or unavailable edition of this title.

"I am defending academic standards," declares Wellesley College classics professor Lefkowitz, expanding on a New Republic article that brought her praise from historians and criticism from Afro-centrists. Her methodical study, moderate in tone, does not survey the full flower of Afro-centrism in American curricula but takes potent aim at some of the basic claims of leading proponents of Afro-centrism. For example, she shows that influential Senegalese scholar Cheikh Anta Diop asserted the Greeks' African heritage based on a single, highly dubious source. Similarly, she explains how claims tracing Greek religion and philosophy to Egyptian origins are based on clearly suspect Greek sources. Moreover, she shows how those Afro-centrists who say the Greeks borrowed an "Egyptian Mystery System" from Africa are actually relying on an 18th-century French novel. This book is a sobering rebuttal of those academics too spineless to challenge teachings based more on identity politics than on solid scholarship.
Copyright 1995 Reed Business Information, Inc.

Heresy In The University: The Black Athena Controversy and the Responsibilities of American Intellectuals

ISBN-10: 0813525888
ISBN-13: 978-0813525884
One of the most controversial books to come out of the academy in the last fifteen years in Martin Bernal's Black Athena. It has been a true cause to celebrate. Afrocentrists have both praised the book and claimed that Bernal stole from the work of black scholars to create his study of the Afroasiatic roots of classical civilization. Classicists feel passionately about what they perceive as an attack from an outsider on the origins not only of ancient Greece but of their own discipline. It seems that everyone has something to say about the book; the question is how many really understand it. In Heresy in the University, Jacques Berlinerblau provides an exegesis of the contents of Black Athena, making in accessible to a wider audience. As he clarifies and restates Bernal's opus, Berlinerblau identifies Bernal's flaws in reasoning and gaps in evidence. He cuts to the heart of Bernal's prose, singling out the key points of Bernal's argument, explaining and arranging them in a cogent manner. Berlinerblau addresses the critic's really important objections, including his own, and links each of them to the appropriate substance argument in Black Athena. He goes beyond simple summary and exposition to present the underlying-stated and unstated- agendas of Bernal and his critics. Ultimately, he exposes both sides and asks what the flawed reasoning from all concerned reveals about the stakes in this key academic dispute and what that, in turn, says about the modern academy. 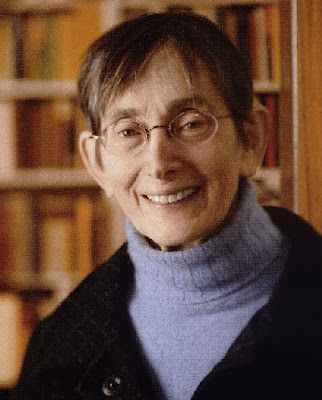 Mary Lefkowitz, one of the best-known classical scholars in this country, is a graduate of the Brearley School in New York and Wellesley College (1957, Phi Beta Kappa, with honors in Greek). She received her Ph.D. in Classical Philology at Radcliffe College (a.k.a Harvard University) in 1961. She returned to her alma mater as an instructor in Greek in 1959 and, after serving in various other academic ranks, in 1979 became the Andrew W. Mellon Professor in the Humanities, a position she held until her retirement in 2005.

Dr. Lefkowitz holds an honorary degree from Trinity College/Hartford (1996), which cited her “deep concern for intellectual integrity,” and also from the University of Patras in Greece (1999) and from Grinnell College (2000). In 2004 she received a Radcliffe Graduate Society Medal. In 2006 she was awarded a National Humanities Medal “for outstanding excellence in scholarship and teaching.” In 2008 she was the recipient of a Wellesley College Alumnae Achievement Award.

Dr. Lefkowitz’s articles and reviews have appeared in The New York Times Book Review, The Times Literary Supplement, The New Republic and The New York Review of Books, and she has been asked to contribute op-eds to The New York Times. She is the author of Not Out of Africa, 1996 (paperback, June 1997) and co-editor with a Wellesley colleague, Guy MacLean Rogers, of Black Athena Revisited, a collection of essays by various scholars (1996). Because they deal with highly controversial theories about the origin of ancient Greek civilization, both books were widely reviewed and generated considerable discussion. Dr. Lefkowitz appeared on national radio talk shows, on CBS television’s 60 Minutes, and was the subject of interviews in The Boston Globe and The Washington Post. History Lesson (2008), her book about the intellectual issues raised by the controversy, is according to Booklist: “A clear-eyed look at the perils—and promise—of contemporary academic life.”

In her recent work Lefkowitz has sought to restore to the gods to their ever-important role in ancient narratives. According to The New York Times Book Review, the “thought-provoking Greek Gods, Human Lives (2003) is precisely an attempt to write the gods back into Greek myths.” The Los Angeles Times Book Review noted, “It is, among other things, a salutary tract for our times.” She is also known for her work on women in antiquity: Heroines and Hysterics (1981); Women in Greek Myth (1986, 2nd Ed. 2007); and Women's Life in Greece and Rome, co-edited with Maureen B. Fant, (1st Ed. 1982, 2nd Ed. 1992; 3rd Ed. 2005), the standard source book in the field. Dr. Lefkowitz has also written about the 5th century B.C. Greek lyric poet Pindar (The Victory Ode (1976) and First-Person Fictions (1991) and about fiction in ancient biography (The Lives of the Greek Poets, 1981).

During her career at Wellesley Dr. Lefkowitz held fellowships from the American Council of Learned Societies, the National Endowment for the Humanities and the Onassis Foundation. She was a Visiting Professor at University of California/Berkeley in 1978 and a Sacher visiting fellow at St. Hilda's College/Oxford in 1979–80, where she has been an Honorary Fellow since 1994.

Dr. Lefkowitz's two daughters are both Wellesley alumnae ('86 and '90). She lives in Wellesley, Massachusetts.

Ancient African Writing Systems and Knowledge [Blog discussing the ancient writing systems created by Black/African people in ancient times throughout the world.] and especially his review of Not out of Africa .

And this is a short notice item, but Lefkowitz will give a lecture December 14th, 2009 at Connecticut College...

In her talk, "'Black Athena,' Interdisciplinarity, Multiculturalism and the Modern University," Lefkowitz will discuss her decision to challenge theories that ancient Greek democracy, philosophy and science - and even perhaps the ancient Greeks themselves - were African in origin. She will also address the ways in which matters of race and ethnicity are discussed on contemporary college campuses.


Copernicus and Islamic scientific influence
Posted by Mercury at 9:12 AM

it is a crying shame what has been done to not only the Liberal Arts but the Social Science too. i had part of this "Black Athena" explained to me by a student and when i left the trolley i was saddened by the education that young man was receiving. Often i run into an educated person who claims to have taken a course in Critical Thinking only to be struck by the fact what they are accepting as fact is opinion. I have many opinions but believe me, not all are based in fact and the ones that are generally have nothing to do with real opinion. Take the study of economics, everyone has an opinion and a solution but the market rarely obeys the best of expectations. There is no doubt Africans were Egyptians, lol, but whether they were black, orange or brown matters little to the accomplishments. The Greeks were amazed no doubt but to extrapolate that to a basis for stealing from the Library of Alexander? Show me the great African philosophers. That is my opinion.

Timothy if you take the thesis that African contributions were deleted from the historical record then your last quest makes little sense. How can you be shown great Black African minds when their contributions have been systematically hidden?

This at least is true: History books are written by the winners. The Black Athena contribution was a departure from the usual Western narrative in history. Simply for that reason alone it was bound to elicit controversy.