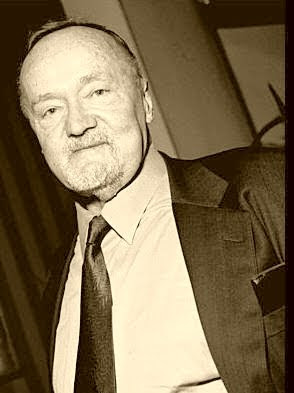 The New York Times
Stephen Toulmin, an influential philosopher who conducted inquiries into ethics, science and moral reasoning and developed a new approach to analyzing arguments known as the Toulmin model of argumentation, died on Dec. 4 in Los Angeles. He was 87.

The cause was heart failure, said his son Greg.

Mr. Toulmin, a disciple of Ludwig Wittgenstein, earned his undergraduate degree in mathematics and physics, and throughout his long philosophical career showed a marked inclination to ground his ideas in real-world situations.

In the introduction to a 1986 edition of his first book, “An Examination of the Place of Reason in Ethics” (1949), he wrote that “having been trained as a natural scientist, I had always hoped to relate philosophical issues to practical experience, and could never wholly side with Hume the philosopher against Hume the backgammon player.” His bent, he wrote, was toward “practical moral reasoning.”

Although he wrote on disparate topics like the history of science, international relations, medical ethics and Wittgenstein’s Vienna, he was best known for “The Uses of Argument,” published in 1958. In it, he criticized formal logic as an overly abstract, inadequate representation of how human beings actually argue. He also challenged its claims to universality, as well as its faith in absolute truth and moral certainty.

“His big contribution was to bring philosophy from the abstractions of reason and logic — Plato’s world — to the reasonableness of making inquiries into human situations in which questions of morals, ethics and logic come to life,” said Roy Pea, the director of the Stanford Center for Innovations in Learning at Stanford University.

Stephen Edelston Toulmin was born on March 25, 1922, in London. After graduating from King’s College, Cambridge, in 1942, he worked as a scientific officer with the Ministry of Aircraft Production, posted to the Malvern radar research center in Britain and later to Allied headquarters in Germany.

He returned to Cambridge after the war and studied philosophy under Wittgenstein and John Wisdom, earning his doctorate in moral sciences in 1948. He then taught at Oxford and the University of Leeds and in 1960 became the director of the Nuffield Foundation’s Unit for the History of Ideas in London.

Mr. Toulmin’s interest in the history of ideas, particularly scientific ideas, led to several influential books, most notably “The Philosophy of Science: An Introduction” (1953) and a series he wrote with his second wife, June Goodfield: “The Fabric of the Heavens” (1961), “The Architecture of Matter” (1962) and “The Discovery of Time” (1965).

His most important work in this vein was “Foresight and Understanding: An Enquiry Into the Aims of Science” (1961), a book often mentioned in the same breath as Thomas Kuhn’s “Structure of Scientific Revolutions.” He later re-examined this subject more broadly in “Human Understanding: The Collective Use and Evolution of Concepts” (1972), applying a Darwinian model, rather than Kuhn’s revolutionary model of paradigm shifts, to explain changes in how the human mind forms representations of the world.

In addition to his son Greg, of McLean, Va., he is survived by his fourth wife, Donna; a sister, Rachel Toulmin of Padua, Italy; three other children, Polly Macinnes of Skye, Scotland, Camilla Toulmin of London and Matthew Toulmin of Melbourne, Australia; and 13 grandchildren.

Mr. Toulmin’s provocative ideas often encountered resistance at first, especially in Britain, and his work on argument was no exception. He proposed, instead of formal logic’s three-part syllogism, a model of persuasive argument consisting of six components. Some, he maintained, apply universally but others do not. Arguments, in other words, do not unfold in a Platonic ether, but in particular contexts.

The Toulmin model proved to be highly useful for analyzing the strengths and weaknesses of arguments. It is commonly used in debate manuals, for example, but its applications have extended to the rhetorical interpretation of literary texts, computer science and artificial intelligence. Mr. Toulmin moved to the United States in 1965. After teaching at Brandeis, Michigan State University, the University of Chicago and Northwestern University, he accepted a professorship at the Center for Multiethnic and Transnational Studies at the University of Southern California in 1993. He retired this summer.

In the United States he published some of his most venturesome, speculative works. In “Wittgenstein’s Vienna” (1973) , written with Allan Janik, he examined the ideas and cultural currents that shaped Wittgenstein’s thought. “Cosmopolis: The Hidden Agenda of Modernity” (1989) surveyed 400 years of intellectual struggle between the intellectual systematizers like Descartes, in search of certainty and order, and freewheeling humanists like Montaigne, at ease with diversity and change.

“He was an intellectual giant, a true Renaissance man,” said Uffe Juul Jensen, a philosophy professor at Aarhus University in Denmark. “Like Wittgenstein, he believed that philosophy should not be a scholastic discipline, with philosophers just analyzing the works and arguments of other philosophers.”

USC News
Stephen Edelston Toulmin, University Professor Emeritus and one of the most influential ethical philosophers of the latter half of the 20th century, has died. He was 87.

Toulmin, the Henry R. Luce Professor for the Center for Multiethnic and Transnational Studies at USC College, died Dec. 4 at USC University Hospital.

“His final illness was mercifully short and he received immaculate support and care from USC University Hospital staff,” said Toulmin’s widow, Donna Toulmin, a lawyer and training director of the USC School of Social Work’s Center on Child Welfare. “He ended his life as successfully as he lived it.”

In 1997, the National Endowment for the Humanities selected Toulmin for the Jefferson Lecture, the U.S. federal government’s highest honor for achievement in the humanities.

“Stephen was one of the most accomplished scholars ever to be associated with the University of Southern California,” USC College dean Howard Gillman said. “His work influenced debates in meta-philosophy, the philosophy of science, communication, humanism, modernity and ethics. Many of us learned from him what it meant to be a scholar.”

Gillman, professor of political science, history and law, and holder of the Anna H. Bing Dean’s Chair, recounted his first reading assignment in graduate school: Thomas Kuhn’s The Structure of Scientific Revolutions and Toulmin’s Foresight and Understanding: An Enquiry Into the Aims of Science (Indiana University Press) — the latter still required reading nearly a half century after its first publication.

As director of the College’s School of International Relations, Steven Lamy recalled Toulmin working with students on projects related to the role of global civil society in creating a just and peaceful world.

“He made a real difference in the lives of his students, encouraging them to be scholars who cared about the world,” said Lamy, professor of international relations and the College’s vice dean for academic programs. “He didn’t just write about moral reasoning and ethics, he lived a moral and ethical life. He cared about his students.”

Toulmin’s most influential work was the Toulmin Model of Argumentation. In it, he identified six elements of a persuasive argument: claim, grounds, arrant, backing, qualifier and rebuttal.

In his seminal book The Uses of Argument (Cambridge University Press, 1958), he outlined the argument model. The book investigates the flaws of traditional logic, maintaining that some aspects of arguments can vary from field to field, while other aspects are consistent throughout all fields.

Arguing against the absolute truth advocated in Plato’s idealized formal logic, Toulmin said that truth can be relative. Historical and cultural contexts, he said, must be taken into consideration.

He concluded that absolutism fails to consider the field-dependent aspects of argument. Advocating a universal truth, absolutists believe that a standard set of moral principles — regardless of context — can solve all moral dilemmas. But Toulmin purported that many of these standard principles cannot be applied to day-to-day life in the real world.

After pinpointing absolutism’s dearth of practical value, Toulmin developed a new type of argument, called practical arguments. He urged philosophers to apply their abstract theories to practical debates over real-world matters such as medical ethics and environmental policies.

“It is time for philosophers to come out of their self-imposed isolation and reenter the collective world of practical life and shared human problems,” he wrote.

Toulmin’s many other books include The Discovery of Time (Harper & Row, 1964); The Return to Cosmology: Postmodern Science and the Theology of Nature (University of California Press, 1982); Cosmopolis: The Hidden Agenda of Modernity (Free Press, 1990); and Return to Reason (Harvard University Press, 2001).

Longtime friend and colleague G. Alexander Moore, professor of anthropology and the department’s interim chair, was highly influenced by Cosmopolis.

“For an anthropologist, it represents grounded postmodernism, an approach that encourages rigorous looks at the evidence informed by approaches borrowed from close acquaintance with fields such as ethics, aesthetics or even literature,” Moore said.

Born March 25, 1922 in London, Toulmin earned his bachelor’s in mathematics and physics from Cambridge University in 1942. Soon after, Toulmin was hired by the Ministry of Aircraft Production as a junior scientific officer, first at the Malvern Radar Research and Development Station and later at the Supreme Headquarters of the Allied Expeditionary Force in Germany.

After World War II, he returned to England to earn his master's and Ph.D. in moral sciences from Cambridge University.

Becoming a U.S. citizen, he joined USC College in 1993. Also a member of the American Academy of Arts and Sciences, he was appointed University Professor in 2001. After Toulmin delivered the Jefferson Lecture in Washington, D.C., the late philosopher Marx W. Wartofsky noted in an essay that Toulmin’s openness to the variety of reason had taken him “on an odyssey through strange seas and distant intellectual climes.”

“Toulmin had the arrogance, the wit, the style and the scientific training to question the received view,” Wartofsky wrote. “Worse yet, he had the historical grasp and the philosophic breadth to trace it to its origins, to the contexts in which it arose; and he had the further chutzpah to offer an account of why it arose when it did historically, what its social political impetus was. He was not prescient, nor did he do this all at once. But here lies the vivid continuity of his project.”

Marty Levine, holder of the UPS Foundation chair in law and gerontology; professor of psychiatry and behavioral sciences; and vice provost for faculty affairs, added:

“Stephen Toulmin was a polymath whose erudition encompassed a vast range of areas. He was a gentle man of good sense and wisdom.”

There will be a private cremation. A memorial will be arranged at a later date. In lieu of flowers, donations may be sent in Toulmin’s memory to Amnesty International, the Los Angeles Philharmonic or the USC Good Neighbors Campaign.
Posted by Mercury at 5:41 AM