Bertrand Russell and a comic book on logic 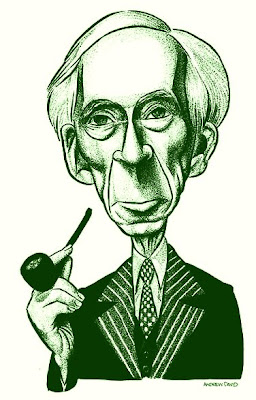 A new comic romps through one of philosophy's greatest debates

Salon
Of the most celebrated graphic novels recently published, R. Crumb's illustrated version of the Book of Genesis is atypically serious and David Mazzucchelli's "Asterios Polyp" is the most artistically sophisticated, but "Logicomix: An Epic Search for Truth," by Apostolos Doxiadis and Christos H. Papadimitriou (illustrated by Alecos Papadatos and Annie Di Donna), is surely the most fun. This comes as a bit of a surprise, since the book's subject -- analytical philosophy's search for the foundations of mathematics in the early 20th century -- is hardly the stuff that frolics are made of. Still, amusement and cerebration, mixed in exactly the right proportions, can result in a delightful cocktail; Jostein Gaarder's fantasy novel cum philosophy primer, "Sophie's World," proved how popular the blend can be, and "Logicomix" has followed its example onto the bestseller lists.

What "Logicomix" niftily demonstrates is how well the graphic novel form is suited to mounting sprightly explanations of abstract concepts. Thinkers often employ concrete metaphors as tools to convey difficult ideas -- the "infinite hotel" of mathematician David Hilbert, for example, an establishment that, although full, always has room for another guest. In "Logicomix," Hilbert's paradox is further visualized by a character checking into an actual hotel and drawing arrows on the posted floor plan. That character is the British philosopher Bertrand Russell, and the scene is played for laughs with Russell's bemused new bride shaking her head and a German porter exclaiming "They are crazy, these Britons!"

Russell's early life provides the book's narrative, framed as a story told by the elderly Russell during a lecture at an American university, which is in turn framed by depictions of Doxiadis and the illustrators of "Logicomix," debating their approach and its possible shortcomings with Papadimitriou, their mathematician co-author. The subject of the book, however, is not really Russell; it's difficult to see how anything but an old-fashioned text biography could do justice to a life so long and so crammed with events, contradictions and messes. If you were to judge solely on the basis of "Logicomics," for example, Russell's courtship of his first wife, the American Quaker Alys Whitall Pearsall Smith, resembled the wholesome, bouncy romance of Archie and Veronica, albeit with a side of Boolean logic.

Alys, like the audience for the older Russell's lecture, appears primarily as the reader's stand-in. Her budding relationship with Bertie provides the excuse for an undergraduate idyll in the Hampton Court hedge maze, which turns out to be an excellent, walkthrough demonstration of the forking paths of Boole's system of logical operations (the basis of all digital information processing). As a Cambridge student, Russell heartily objected to the "unproven assumptions and circular definitions" that served as the basis of the mathematics of his time. Philosophy, his other passion, similarly thwarted his desire for "absolute certainty." Russell's quest for the logical underpinnings of mathematics led him to spend 10 years collaborating with Alfred North Whitehead on "Principia Mathematica," which is famous for taking 362 pages to prove why 1+1=2 and (according to Russell himself) was read in its entirety by only one person: the brilliant Austrian logician Kurt Godel.

Interspersed with episodes from Russell's life are discussions between Doxiadis and Papadimitriou as they meander through the charmingly rendered streets of Athens, walking Dioxiadis' mischievous dog. Papadimitriou wants the comic to focus more on logic, while Doxiadis is an advocate for the human drama in what he regards as a "spiritual tragedy." (Later in "Logicomix," the modern-day characters all attend a performance of Aeschylus' tragedy, "The Eumenides," a classic damned-if-you-do/don't story, resolved by Athena, the goddess of wisdom.) Why, Doxiadis asks, are so many great logicians afflicted by madness, if not in themselves then in close relatives? He sees the young Russell's hunger for foundational logic and reason as driven by a fear of "uncertainty," the roots of which lay in the secrets kept from him by his puritanical grandmother and the legacy of insanity that plagued his family. To his distress, the purely rational absolutism he sought evaded him.

Although the authors don't belabor the point, the clash between a belief in intuited truth and a strict reliance on methodical deduction lies close to the heart of the 20th century's great intellectual divide, between continental and analytical philosophy. Doxiadis regards Russell and his quest as doomed; Russell himself characterized "Principia Mathematica" as a failure. Russell's portion of the story ends with the conclusion of his lecture, given in 1939 to an audience demanding that he come out as categorically against U.S. intervention in World War II. (Historically, the philosopher served time in prison for pacifist activism against World War I, although he supported the fight against fascism in the later conflict.) But the Russell of "Logicomix" refuses to deliver an unequivocal verdict. "My contribution to your present dilemma was my tale. Period," he tells a militant isolationist, suggesting that the truth can only be found in the conscience of each individual.

If "Logicomix" were content to end on that note, with the pat cautionary message about the limits of rationality that we've come to expect from the humanities, it would not be the sort of book that leaves you ruminating. Fortunately, Papadimitriou gets to speak up for the logicians, arguing that any story's meaning changes depending on where you choose to end it. Despite falling short of its grandest ambitions, the "foundational quest" resulted in the creation of the computer -- in Papadimitriou's opinion the "real hero" of the tale. "Your problem," he tells Doxiadis, "is simply that you see it as a story of people!" Instead of dwelling on Russell's tangled love life and schizophrenic son, they should consider that "the tools of reason are today at everybody's finger tips." Yet, like most tools, one of the artists points out, these can be used for evil as well as good.

This is a weighty, long-standing and possibly unresolvable debate, yet "Logicomix" delivers you smack dab in the middle of it with remarkable insouciance, by way of gothic Victoriana, "Alice in Wonderland" and a little adulterous intrigue. True, the book's treatment of Russell's ideas is far from detailed, and you won't come away from it with any logical expertise. But "Logicomix" succeeds at something far more rare, which is to coax, beguile and amuse the reader into thinking about the most momentous of questions with a light heart. As tools go, this one is definitely for the good. 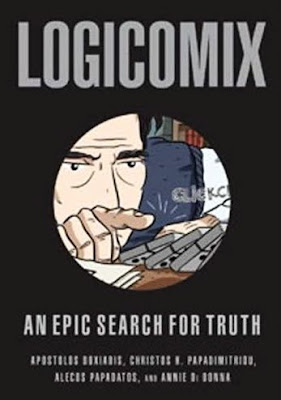 Logicomix: An Epic Search for Truth

Bertrand Russell...critical thinker
Posted by Mercury at 8:46 AM