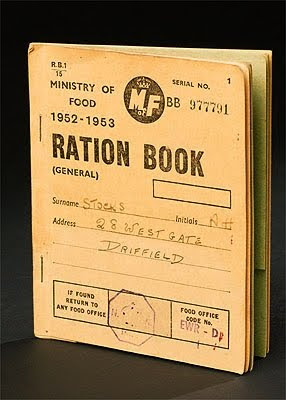 Live with it. British science projects [or any country's science projects] is subject to cutbacks in these tough times. They aren't the only ones experiencing such economic measures...they are not sacred.

Science
Large parts of the U.K. physics community were left dissatisfied today by a major new funding plan announced by the Science and Technology Facilities Council (STFC), the funder responsible for particle physics, astronomy, nuclear physics, and space science. Although the council tried to spread funding cuts around fairly, nuclear physics was pared to the bone, with just £30 million for the next 5 years. According to nuclear physicist Paddy Regan of the University of Surrey, that amounts to a 52% cut to his discipline. “To have this at a time when the U.K. is discussing a nuclear new-build programme and addressing the nuclear waste issue is almost comical,” he says.

For astronomers, the discouraging headline is that STFC will withdraw U.K. support from a number of international projects in 2012, including the Gemini Telescopes, the James Clerk Maxwell Telescope, the Isaac Newton Group of Telescopes, the Auger Cosmic Ray Observatory, and the U.K. Infra-red Telescope. After that date, U.K. astronomers will no longer have access to a major observatory in the northern hemisphere. “We are now seriously concerned at the effect the loss of so many smaller projects will have on the health and morale of physics groups in British universities,” says Andy Fabian, president of the Royal Astronomical Society.

STFC’s problems began in 2007 when it was created by the merger of the research council in charge of particle physics and astronomy and the one that managed the large national laboratories and other infrastructures. Both of those councils had overcommitted themselves to costly international collaborations and the new body soon had to start cutting back, which caused an outcry among scientists because STFC had not consulted them about what to prioritize. The situation has since gotten worse because of the state of the economy and the weakening strength of the pound, which makes membership fees in international facilities more expensive. Stung by criticisms 2 years ago, STFC this time carried out an extensive prioritization exercise with the research community before announcing its funding plan for the next 5 years.

For 5 years from fiscal year 2011–12, STFC will save £115 million by withdrawing from 24 major national and international projects and squeezing the budgets of 38 others. There will also be a 10% cut in grants to university researchers involved in those projects and a 25% cut in new postgraduate studentships and postdoctoral fellowships.

All fields have felt that axe, but nuclear physicists think they’ve suffered the biggest blows. This field is the newcomer in STFC, having been shunted in from a third council in 2007. With a smaller community, nuclear physicists believe they were sidelined by the influential astronomy and particle physics groups in this year’s planning discussions. “The nuclear physics community have basically been 'done in' by the STFC, who seem intent on killing off nuclear physics as an academic pursuit in the U.K.,” says Regan. “The U.K. already spends about 1/20th as much on nuclear physics research compared to France and Germany, can we really be so wrong?”

University officials are also upset. “At a time when the United States is investing heavily, we believe British withdrawal from international collaborations and proposed cuts to fellowship and Ph.D. funding will prove extremely damaging,” says Ian Leslie, pro-vice-chancellor for research at the University of Cambridge. ”The funding of international subscriptions and major domestic research facilities clearly needs to be rethought.”
Posted by Mercury at 3:10 PM