Blue blue moon and partial eclipse ...for the Irish 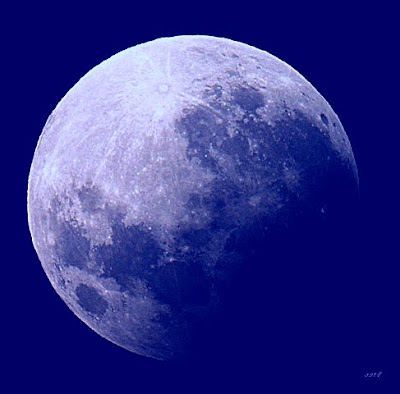 RTE News
Astronomy Ireland has urged people to consider beginning their New Year celebrations with an 'Eclipse Party' this year.

For the first time since 1656, New Year's Eve will coincide with a lunar eclipse, which will be visible to everyone in Ireland (and most of the world) between 7pm and 8pm tomorrow.

'Most people have never seen anything like this in their lives so we are urging everyone to take a look between 7pm and 8pm to kick off their New Year parties!' said David Moore.

The eclipse will be visible to the naked eye, with the deepest eclipse at 7.22pm.

The eclipse is caused when the Moon moves into the Earth's shadow.

This eclipse of the Moon is partial, so only 8% of the Moon will actually be covered by Earth's shadow. However, this will look very spectacular to the naked eye with half the Moon 'discoloured' due to it being so close to the deep shadow of the Earth.

Full details of the eclipse are on Astronomy Ireland's website

Dedicated to the poet