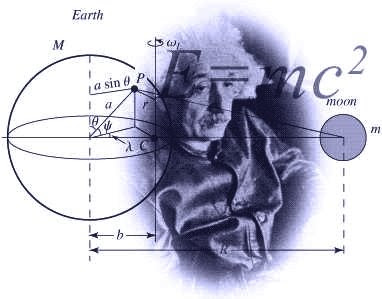 I think, as I have said before, that it is time for a re-evaluation in physics...that mere mathematical expressions are insufficient as an epistemological sources without evidence...reverence for the scientific method...if not, then we move into the realm of metaphysics and philosophy.

The April 1st, 2008 issue of Discover ran this short comment:

"Has the Einstein Revolution Gone Too Far?"

Einstein ended science's devotion to experience; it may now be time to come back.

Discover
In the fall of 1919, Albert Einstein received an urgent telegram informing him that astronomers had observed evidence of the bending of light by the sun’s gravity, validating a key prediction of his general theory of relativity. He handed the cable to a student, who began congratulating him. "But I knew that the theory is correct," he interrupted. And what, she asked, if the observations had disagreed with his calculations? "Then I would have been sorry for the dear Lord," Einstein answered. "The theory is correct."

There, in a nutshell, is one of Einstein's most revolutionary yet underappreciated contributions to science. For thousands of years, researchers had studied the behavior of the heavens and sought to capture it in mathematical terms. Einstein reversed the challenge: He sought truth in equations and then trusted that studies of the heavens would back him up. Almost all of modern cosmology and theoretical physics follows from that leap of faith—or leap, perhaps, of reason.

Einstein's first big break with tradition came while he was in his twenties, as he pondered how light travels through a vacuum. At the time, most scientists believed that light was rooted to some substance embedded in empty space. But one evening in May 1905, Einstein did what no other physicist of his era had done: He took the math at face value. The constancy of the speed of light was right there on paper, in James Clerk Maxwell’s 1873 equations defining the relationship between electricity and magnetism. Hence, Einstein postulated, the constancy was right there in the universe, too. If the speed of light is the same to all observers, he realized, then time and space must stretch and compress so that no matter how you are moving, light’s behavior never appears to change. From that one insight sprang the entire special theory of relativity.

As Einstein extended his thinking from space and time to gravity, he found himself increasingly drawn to the power of the equation. "Never before in my life have I troubled myself over anything so much," he wrote to a friend, "and I have gained enormous respect for mathematics, whose more subtle parts I considered until now, in my ignorance, as pure luxury!" The result of that effort, in 1916, was general relativity—the theory that had the newly confident Einstein telling God how the universe must work. By 1933 he had no doubts about the path to scientific truth. Delivering the Herbert Spencer Lecture at Oxford, he declared: "Our experience hitherto justifies us in believing that nature is the realization of the simplest conceivable mathematical ideas. I am convinced that we can discover by means of purely mathematical constructions the concepts and the laws connecting them with each other."

Following Einstein's example, subsequent physicists have discovered previously unimagin­able phenomena: dark energy, black holes, the Big Bang. In trying to reconcile general relativity with quantum mechanics, theorists now invoke even more exotic things—subatomic strings, parallel universes, and higher dimensions. These latest concepts all exist beautifully in the mathematics, but so far observers have identified no sign of them in the real world.

Some scientists are starting to worry that Einstein’s revolution has gone too far. Without observation to check theory, at what point does the math devolve into game playing? Einstein, too, fretted about that possibility in his 1933 Oxford lecture. "Experience remains, of course, the sole criterion of the physical utility of a mathematical construction," he said. How to move beyond slavish devotion to experience may have been Einstein’s greatest gift to the 20th century. How to bring mathematical imagination back down to earth may rate as his greatest challenge to the 21st.

Facing that challenge will require a fresh look at Einstein, one that ignores the caricatures and unflinchingly explores the man and his work. It will also demand a rigorous investigation of the people and ideas that could take us beyond Einstein's science.