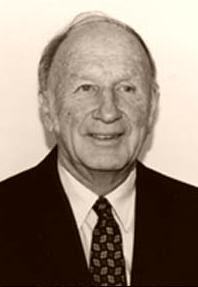 Edward N. Lorenz, a Meteorologist and a Father of Chaos Theory, Dies at 90

Kenneth Chang
Edward N. Lorenz, a meteorologist who tried to predict the weather with computers but instead gave rise to the modern field of chaos theory, died Wednesday at his home in Cambridge, Mass. He was 90.

The cause was cancer, said his daughter Cheryl Lorenz.

In discovering "deterministic chaos," Dr. Lorenz established a principle that "profoundly influenced a wide range of basic sciences and brought about one of the most dramatic changes in mankind's view of nature since Sir Isaac Newton," said a committee that awarded him the 1991 Kyoto Prize for basic sciences.

Dr. Lorenz is best known for the notion of the "butterfly effect," the idea that a small disturbance like the flapping of a butterfly’s wings can induce enormous consequences.

As recounted in the book Chaos by James Gleick, Dr. Lorenz’s accidental discovery of chaos came in the winter of 1961. Dr. Lorenz was running simulations of weather using a simple computer model. One day, he wanted to repeat one of the simulations for a longer time, but instead of repeating the whole simulation, he started the second run in the middle, typing in numbers from the first run for the initial conditions.

The computer program was the same, so the weather patterns of the second run should have exactly followed those of the first. Instead, the two weather trajectories quickly diverged on completely separate paths.

At first, he thought the computer was malfunctioning. Then he realized that he had not entered the initial conditions exactly. The computer stored numbers to an accuracy of six decimal places, like 0.506127, while, to save space, the printout of results shortened the numbers to three decimal places, 0.506. When typing in the new conditions, Dr. Lorenz had entered the rounded-off numbers, and even this small discrepancy, of less than 0.1 percent, completely changed the end result.

Even though his model was vastly simplified, Dr. Lorenz realized that this meant perfect weather prediction was a fantasy.

A perfect forecast would require not only a perfect model, but also perfect knowledge of wind, temperature, humidity and other conditions everywhere around the world at one moment of time. Even a small discrepancy could lead to completely different weather.

Dr. Lorenz published his findings in 1963. "The paper he wrote in 1963 is a masterpiece of clarity of exposition about why weather is unpredictable," said J. Doyne Farmer, a professor at the Santa Fe Institute in New Mexico.

The following year, Dr. Lorenz published another paper that described how a small twiddling of parameters in a model could produce vastly different behavior, transforming regular, periodic events into a seemingly random chaotic pattern.

At a meeting of the American Association for the Advancement of Science in 1972, he gave a talk with a title that captured the essence of his ideas: "Predictability: Does the Flap of a Butterfly’s Wings in Brazil Set Off a Tornado in Texas?"

Dr. Lorenz was not the first to stumble onto chaos. At the end of the 19th century, the mathematician Henri Poincaré showed that the gravitational dance of as few as three heavenly bodies was hopelessly complex to calculate, even though the underlying equations of motion seemed simple. But Poincaré’s findings were forgotten through the first three-quarters of the 20th century.

"When it finally penetrated the community, that was what started people to really start to pay attention to this and led to tremendous development,” said Edward Ott, a professor of physics and electrical engineering at the University of Maryland. “He demonstrated a chaotic model in a real situation."

Born in 1917 in West Hartford, Conn., Edward Norton Lorenz received a bachelor's degree in mathematics from Dartmouth College in 1938 and a master's degree in math from Harvard in 1940. He worked as a weather forecaster during World War II, leading him to pursue graduate studies in meteorology; he earned master's and doctoral degrees in meteorology from the Massachusetts Institute of Technology in 1943 and 1948.

In addition to his daughter Cheryl, of Eugene, Ore., Dr. Lorenz is survived by another daughter, Nancy Lorenz of Roslindale, Mass; a son, Edward H. Lorenz of Grasse, France; and four grandchildren. His wife, Jane, died in 2001.

Dr. Lorenz remained active almost to the end of his life, in both research and outdoor activities.

"He was out hiking two and one-half weeks ago," Cheryl Lorenz said, "and he finished a paper a week ago with a colleague."
Posted by Mercury at 5:47 AM