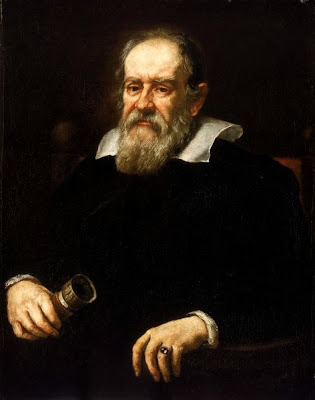 This is wonderful material written by Galileo Galilei in the Socratic style--including the traditional "strawman". It concerns the Ptolemaic vs the Copemican systems and a revolutionary cosmological shift to a more scientific approach to an understanding of the universe.

"Yesterday we resolved to meet today and discuss as clearly and in as much detail as possible the character and the efficacy of those laws of nature which up to the present have been put forth by the partisans of the Aristotelian and Ptolemaic position on the one hand, and by the followers of the Copemican system on the other."
The players are Salviati, Sagrfdo, and Simplicio.

Several years ago there was published in Rome a salutary edict which, in order to obviaie the dangerous tendencies of our present age, imposed a seasonable silence upon the Pythagorean opinion that the earth moves There were those who impudently asserted that this decree had its origin not injudicious inquire, but in passion none too well informed Complaints were to be heard that advisers who were totally unskilled at astronomical observations ought not to clip the wings of reflective intellects by means of rash prohibitions.

Upon hearing such carping insolence, my eal could not be contained Being thoroughly informed about that prudent determination, I decided to appear openly in the theater of the world as a witness of the sober truth. I was at that time in Rome; I was not only received by the most eminent prelates of that Court, but had their applause; indeed this decree was not published without some previous notice of it having been given to me. Therefore I propose in the present work to show to foreign nations that as much is understood of this matter in Italy, and pariicularly in Rome, as transalpine diligence can ever have imagined Collecting all the reflections thai properly concern the Copernican system, I shall make it known that everything was brought before the attention of the Roman censorship, and that there proceed from this clime not only dogmas for the welfare of the soul, but ingenious discoveries for the delight of the mind as well.

To this end I have taken the Copernican side in the disco urse, proceeding as with a pure mathematical hypothesis and striving by every artipee to represent it as superior to supposing the earth motionless–not, indeed absolutely, but as against the arguments of some professed Peripatetics. (note 1) These men indeed deserve not even that name, for they do not walk about; they are content to adore the shadows, philosophizing not with due circumspection but merely from having memorized a fow ill-understood principles.

Three principal headings are treated First, I shall try to show that all experiments practicable upon the earth are inszyfficient measures for proving its mobility, since they are indiferently adaptable to an earth in motion or at rest. I hope in so doing to reveal many observations unknown to the ancients. Secondly, the celestial phenomena will be examined strengthening the Copernican hypothesis until it might seem that this must triumph absolutely. Here new reflections are adjoined which might be used in order to simplfy astronomy, though not because of any necess ire importeded by nature. In the third place, I shall propose an ingenious speculation. It happens that long ago I said that the unsolved problem of the ocean tides might receive some light from assuming the motion of the earth. This assertion of mine, passing by word of mouth, found loving fathers who adopted it as a child of their own ingenuity. Now, so that no stranger may ever a who, arming himself with our weapons, shall charge us with want of attention to such an important matter, I have thought it good to reveal those probabilities which might render this plausible, given that the earth moves.

I hope that from these considerations the world will come to know that if other nations have navigated more, we have not theorized less. It is not from failing to take count of what others have thought that we have yielded to asserting that the earth is motionless, and holding the contrary to be a mere mathematical caprice, but (if for nothing else) for those reasons that are supplied by piety, religion, the knowledge of Divine Omnipotence, and a consciousness of the limitations of the human mind I have thought it most appropriate to explain these concepts in the form of dialogues, which, no! being restricted to the rigorous observance of mathematical laws, make room also for digressions which are sometimes no less interesting than the principal argument.

Many years ago I was often to be found in the marvelous city of Venice, in discussions with Signore Giovanni Francesco Sagredo, a man of noble extraction and trenchant wit. Prom Florence came Signore Filippo Salviati, the least of whose glories were the eminence of his blbod and the magnfficence of his fortune. His was a sublime intellect which fed no more hungrily upon any pleasure than it did upon fine meditations. I often talked with these two of such matters in the presence of a certain Peripatetic philosopher whose greatest obstacle in apprehending the truth seemed to be the reputation he had acquired by his interpretations of Aristotle. (note 2)

Now, since bitter death has deprived Venice and Florence of those two great luminaries in the very meridian of their years, I have resolved to make their fame live on in these pages, so far as my poor abilities will permit, by introducing them as interlocutors in the present argument. (Nor shall the good Peripatetic lack a place; because of his excessive affection toward the Commentaries of Simplicius, (note 3) I have thought fit to leave him under the name of the author he so much revered, without mentioning his own) May it please those two great souls, ever venerable to my heart, to accept this public monument of my undying love. And may the memory of their eloquence assist me in delivering to posterity the promised reflections.

It happened that several discussions had taken place casually at various times among these gentlemen, and had rather whetted than satisfied their thirst for learning. Hence very wisely they resolved to meet together on certain days during which, setting aside all other business, they might apply themselves more methodically to the contemplation ofthe wonders of God in the heavens and upon the earth. They met in the palace of the illustrious Sagredo; and, after the customary but brief exchange of compliments, Saiviati commenced as follows.

note 1--i.e. Aristoteleans: literally "those who walk around." Aristotle used to walk about the Lyceum.

note 2--Sagredo was, in fact, a close friend of Galileo, and represents in the dialogue the neutral position of an open-minded man of letters: Salviati is the man of science, Galileo himself; the philosopher, who will be called Simplicio is a fictitious, a straw man. steeped in Aristotelian philosophy.