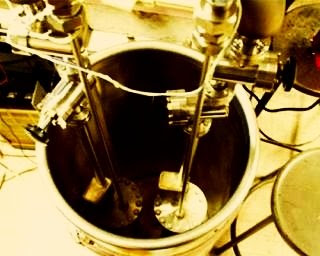 Kind of like the pesky mosquito that was thought to have been dispatched--"cold fusion" is back.

PhysOrg.com
To many people, cold fusion sounds too good to be true. The idea is that, by creating nuclear fusion at room temperature, researchers can generate a nearly unlimited source of power that uses water as fuel and produces almost zero waste. Essentially, cold fusion would make oil obsolete.

However, many experts debate whether money should be spent on cold fusion research or applied to more realistic alternative energy solutions. For decades, researchers around the world have been simply trying to show that cold fusion is indeed possible, but they´ve yet to take that important first step.

Now, esteemed Physics Professor Yoshiaki Arata of Osaka University in Japan claims to have made the first successful demonstration of cold fusion. Last Thursday, May 22, Arata and his colleague Yue-Chang Zhang of Shianghai Jiotong University presented the cold fusion demonstration to 60 onlookers, including other physicists, as well as reporters from six major newspapers and two TV studios. If Arata and Zhang´s demonstration is real, it could lead to a future of new, clean, and cheap energy generation.

In their experiment, the physicists forced deuterium gas into a cell containing a mixture of palladium and zirconium oxide, which absorbed the deuterium to produce a dense "pynco" deuterium. In this dense state, the deuterium nuclei from different atoms were so close together that they fused to produce helium nuclei.

While Arata´s demonstration looked promising to his audience, the real test is still to come: duplication. Many scientists and others are now recalling the infamous 1989 demonstration by Martin Fleischmann and Stanley Pons, who claimed to produce controlled nuclear fusion in a glass jar at room temperature. However, no one - including Fleischmann and Pons - could duplicate the experiment, leading many people to consider cold fusion a pseudoscience to this day.

But one witness at the recent demonstration, physicist Akito Takahashi of Osaka University, thought that the experiment should be able to be repeated.

In addition, researchers will have to repeat the experiment with larger amounts of the palladium and zirconium oxide mixture in order to generate larger quantities of energy.