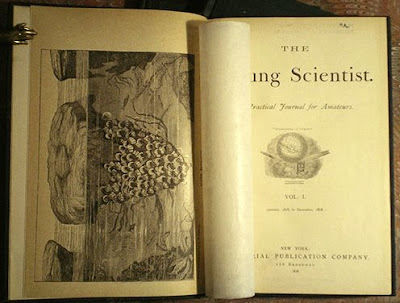 A practical journal for amateurs.

1878–80
Take heart...you don't need to be an authority, have a rack of academic degrees, volumes of published papers, or even have won the Nobel Prize...for the amateur scientist is quite welcome in the halls of science.

Forrest M. Mims III
Contemporary science has its roots in the achievements of amateur scientists of centuries past. Although they lacked what we would define as formal scientific training, they deciphered the basic laws of physics and principles of chemistry. They invented instruments. And they discovered, documented, sketched, and painted planets, comets, fossils, and species.

An editorial in a leading science journal once proclaimed an end to amateur science: "Modern science can no longer be done by gifted amateurs with a magnifying glass, copper wires, and jars filled with alcohol" (1). I grinned as I read these words. For then as now there's a 10× magnifier in my pocket, spools of copper wire on my work bench, and a nearby jar of methanol for cleaning the ultraviolet filters in my homemade solar ultraviolet and ozone spectroradiometers. Yes, modern science uses considerably more sophisticated methods and instruments than in the past. And so do we amateurs. When we cannot afford the newest scientific instrument, we wait to buy it on the surplus market or we build our own. Sometimes the capabilities of our homemade instruments rival or even exceed those of their professional counterparts.

The term amateur can have a pejorative ring. But in science it retains the meaning of its French root amour, love, for amateurs do science because it's what they love to do. Without remuneration or reward, enthusiastic amateurs survey birds, tag butterflies, measure sunlight, and study transient solar eclipse phenomena. Others count sunspots, discover comets, monitor variable stars, and invent instruments.

Many amateurs have contributed observations and data that have been incorporated into papers and books. Some are accepted as colleagues by their professional counterparts. They present their findings at conferences and publish papers in peer-reviewed journals. For each of these, hundreds more devote their spare time to making observations, measurements, sketches, photographs, and reports without receiving direct recognition. Although some are retired, others are taxi drivers, photographers, civil servants, pilots, or missionaries, the latter group having an especially impressive record of achievement. And some, like my grandmother Leitha Mims, do not even think of themselves as amateur scientists. Yet through years of careful gardening she cultured a new variety of amaryllis.

Then there are the student scientists. Each year more than half a million science fair projects are prepared by students in the United States. Although most projects are required learning assignments, a surprising number of students do original work, and some even make discoveries. Many alumni of the International Science and Engineering Fair (ISEF) and the Science Talent Search are now working scientists, and at least five are Nobel laureates.

Amateur scientists identify with student scientists, perhaps because we often don't realize that some of our experiments are not supposed to work. When my son Eric wanted to build a novel optical fiber seismometer, a professional seismologist said it would not succeed because our Texas house rests on soil and not bedrock. Eric proceeded anyway, and his supersensitive seismometer detected many earthquakes and two underground nuclear tests in Nevada, an achievement that won him college scholarships, science fair awards, and trips to the ISEF and the annual meeting of the American Association for the Advancement of Science. An atmospheric scientist said my daughter Vicki's attempt to detect solar x-ray flares with a Geiger counter would not work. Remembering Eric's experience, I excitedly told her this meant her project would succeed! And succeed it did, for Vicki detected six X-class x-ray flares. Her project won science fair awards and was recently published in a book.

The journal Science itself was begun by a famous amateur scientist and inventor. Although his methods were sometimes ridiculed by some scholarly scientists, their names are long forgotten. But everyone remembers Thomas Edison, who began Science as a private venture in 1880. Expelled from school at the age of seven for being "retarded," Edison was taught at home by his mother. His life changed forever when he found an old copy of Michael Faraday's Experimental Researches in Electricity and promptly built every project in the book. Thus the self-taught English amateur scientist, who was also schooled at home, passed the torch to the young American.

Astronomy has traditionally been among the most fertile fields for serious amateurs. Clyde Tombaugh's discovery of Pluto ranks among the best known of their comparatively recent achievements. In recent years, hundreds of other amateur astronomers have filled a wide range of niches left behind when many professionals graduated to fully automated observatories dedicated to a limited range of tasks. They discover new supernovae, comets, and time occultations; patiently count sunspots; photograph meteor trails; and measure the fluctuations of variable stars. More than 100 members of the American Association of Variable Star Observers have logged from 10,000 to more than 100,000 observations each. The record is held by South African Danie Overbeek, who has logged more than 188,000 variable stars in some 40 years of observing.

Many serious amateur astronomers have worked closely with professionals, even coauthoring books and papers with them. A paper on massive storms on Saturn that appeared in Science (2) was coauthored by Donald Parker, who discovered the storms and who is famous for his detailed planetary images. Although astronomy is his passion, Parker earns a living as an anesthesiologist for Mercy Hospital in Miami, Florida.

Although thousands of amateurs observe the solar system and beyond, many more thousands monitor Earth. More than 10,000 citizen volunteers make daily observations for the U.S. National Weather Service. Several years ago, the Weather Service honored Earl Stewart, who in 75 years provided nearly 28,000 daily readings from his station in Cottage Grove, Oregon.

Many other amateurs pursue science on their own. French taxi driver Pierre Morvan is a self-taught entomologist who for more than 20 years has spent his vacations collecting, drawing, and studying Asian ground beetles, especially those of the Himalayas.

Johan Gjefsen Reinhard used his own funds to finance a 2-year investigation of ancient ceremonial centers in the Andes, the highest archaeological ruins on Earth. An important aspect of Reinhard's work is diving in high-altitude lakes once viewed as significant by the Incas.

Roger Baker has contributed projects to "The Amateur Scientist" column in Scientific American and to the amateur science magazine Science Probe. He used one of these projects, a simple means of measuring ground-level ozone, to compare his results to those from a government instrument. Baker found that the latter was malfunctioning, a fact acknowledged by the responsible agency. Among his many scientific pursuits, Baker grinds lenses from window glass and has made instruments that measure the oxygen in water and the turbidity of what appear to be perfectly clear fluids.

Although many prizes, awards, and honors are given to student and professional scientists, there are only a few major prizes for which amateurs are eligible. Among these few is the Rolex Award for Enterprise, a prize that has been received by several amateur scientists, including beetle collector Morvan and Inca researcher Reinhard. Aside from occasional commendation letters, most amateur scientists are never recognized for their achievements.

For some amateur scientists, the most important recognition is the opportunity to work alongside their professional colleagues or to be sent by them on field assignments. NASA has sent my instruments and me on field trips to measure various atmospheric and ecological effects of smoke from biomass burning, twice to Brazil and three times to major forest fires in the western United States. Several publications have come from this work, which has been the most fulfilling of my experiences as an amateur scientist. Among the findings is that the survivability of nonpigmented, potentially pathogenic, airborne bacteria is enhanced during the burning season in Brazil, a phenomenon that is highly correlated with diminished ultraviolet B (UV-B) caused by thick smoke.

A few scientists refuse to take the work of their amateur counterparts seriously. In 1990, Jerry McDonald, who was working on a Ph.D. in sociology, found hundreds of beautifully preserved tracks of reptiles, amphibians, and insects in Permian sandstone in southern New Mexico. In 1 year alone, McDonald carried on his back more than 18,000 kilograms of footprint-bearing slabs on 240 trips along the 1-kilometer trail between the excavation and his jeep.

Professional paleontologists were unimpressed by McDonald's claims, because Permian trackways had never been found in southern New Mexico. Undaunted, McDonald drove some of his specimens to the Smithsonian Institution's National Museum of Natural History and the Carnegie Museum of Natural History. The paleontologists at these museums were so impressed that they asked for samples to display. Nevertheless, some paleontologists continued to reject McDonald's find. "Scientist wins world acclaim but is snubbed in New Mexico," read a page-one headline in the El Paso Times (3). When New Mexico politicians learned that McDonald's trackways were being acquired by major museums back east, they came to his rescue. Soon thereafter the U.S. Congress authorized a study of McDonald's discoveries and how to protect them.

Fortunately McDonald's experience is unusual. In this era of big science, the most important lesson to be learned from his discovery and the achievements of countless other amateurs is that scientific observations and discoveries don't necessarily require giant government grants and huge teams of researchers with specialized degrees. Small science still works, and it often works during off hours, weekends, and holidays when professionals are generally at home or on vacation.

As we enter the next millennium, the future of amateur science has never looked better. Amateurs built some of the first home computers, and today many us own systems that far outclass what was available to our professional colleagues only a few years ago. It no longer matters that I can't do a nonlinear regression with a calculator, because economical software does it automatically, and an inexpensive printer then produces plots as crisp as any published in Science.

Computers have greatly expanded the capabilities of professionals and amateurs alike, but the Internet has become the great equalizer. Several years ago I measured record low ozone over central Texas. Thanks to e-mail, I quickly notified scientists at NASA, the National Oceanic and Atmospheric Administration, and the Environmental Protection Agency and then organized a quick paper for Eos with them as coauthors. No one asked if I had a degree in the field; all that mattered was the significance of the event and the quality of the data. When I measured large spikes in UV radiation caused by the scattering from cumulus clouds over Hawaii's Mauna Loa Observatory, I e-mailed the results to UV specialist John Frederick. I then incorporated Frederick's comments in a communication we jointly sent to Nature. Frederick, the editors at Nature, and the peer reviewers never asked to see my credentials. Instead, they judged the work on its merits.

I could write much more about amateur science, but the allowed space has run out. Besides, the data logger connected to the UV-B radiometer in the field outside my window is beeping to be downloaded. I always enjoy writing about science, but doing science is much more exciting. At noon, the ozone layer measured a thinner-than-normal 240 Dobson units. I wonder if today's hazy sky reduced the UV-B enough to balance the increase expected from the reduced ozone? 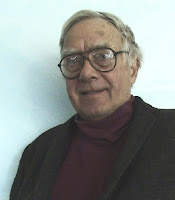 Lance Osadchey, MD
"An Experiment to Measure The Absolute Motion of the Earth"