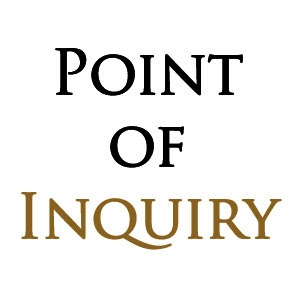 [Note: The following is not an endorsement.]

Through education, research, publishing, and social services, it seeks to present affirmative alternatives based on scientific naturalism. The Center is also interested in providing rational ethical alternatives to the reigning paranormal and religious systems of belief, and in developing communities where like-minded individuals can meet and share experiences.

This appears to be a grassroots organization that wishes to establish and promote an empirical perspective in politics via the sciences as a source of knowledge and advocates a government based on the same even though they are non-political in advocacy or support of any established ideology or venue.

1.) The Committee for Skeptical Inquiry (CSI) encourages the critical investigation of paranormal and fringe-science claims from a responsible, scientific point of view and disseminates factual information about the results of such inquiries to the scientific community, the media, and the public. It also promotes science and scientific inquiry, critical thinking, science education, and the use of reason in examining important issues.

3.) The Commission for Scientific Medicine and Mental Health (CSMMH) is devoted to the scientific examination of unproven alternative medicine and mental health therapies and the dissemination of investigative findings to the media, the academic community, and to the general public.

4.) The Committee for the Scientific Examination of Religion (CSER) is a research division of the Center for Inquiry. Since its 1983 founding in Washington, DC, the Committee has worked to encourage humanistic, critical and non-parochial approaches to the study of religious traditions and institutions and to develop programs which promote the public understanding of religion in an international context.

Here is a sample:

In this paper, Dr. Forrest provides an insightful analysis of the intelligent design (ID) movement. She demonstrates convincingly that the ID movement is simply a continuation of creationism. Proponents of ID have tried to obscure this connection by use of scientific fig leafs, but their "science" turns out to be nothing more than religious doctrine. Forrest describes in detail the ID movement's plans to obtain public and political support for its agenda. This paper is a must read for anyone interested in the evolution/intelligent design controversy

Dr. Barbara Forrest is a professor of philosophy at Southeastern Louisiana University. She is a recognized expert on the intelligent design creationist movement, having published numerous articles and a book on this topic. She testified as an expert witness in Kitzmiller v. Dover School Board, the landmark case in which a group of parents successfully challenged an attempt to introduce the teaching of intelligent design into the public schools.

Center for Inquiry
Posted by Mercury at 10:54 AM