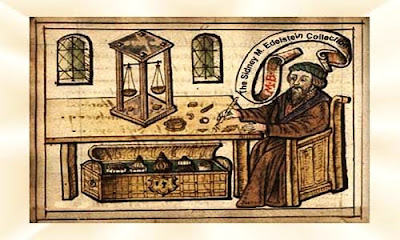 This is a huge problem today...so few scientists have a history of their profession. Robert Thornton who had recently received his Ph.D. and was preparing his teaching material at the University of Puerto Rico, Mayaguez in 1944 wrote Einstein a letter. Thornton's question was simple and relevant: Is it worthy to introduce as much history of science and philosophy of science as possible into the realm of modern physics.

I fully agree with you about the significance and educational value of methodology as well as history and philosophy of science. So many people today -- and even professional scientists -- seem to me like somebody who has seen thousands of trees but has never seen a forest. A knowledge of the historic and philosophical background gives that kind of independence from prejudices of his generation from which most scientists are suffering. This independence created by philosophical insight is -- in my opinion -- the mark of distinction between a mere artisan or specialist and a real seeker after truth.
Nothing new from Einstein for in 1916, Einstein wrote a memorial note for Ernst Mach:

How does it happen that a properly endowed natural scientist comes to concern himself with epistemology? Is there no more valuable work in his specialty? I hear many of my colleagues saying, and I sense it from many more, that they feel this way. I cannot share this sentiment. When I think about the ablest students whom I have encountered in my teaching, that is, those who distinguish themselves by their independence of judgment and not merely their quick-wittedness, I can affirm that they had a vigorous interest in epistemology. They happily began discussions about the goals and methods of science, and they showed unequivocally, through their tenacity in defending their views, that the subject seemed important to them. Indeed, one should not be surprised at this.

Concepts that have proven useful in ordering things easily achieve such an authority over us that we forget their earthly origins and accept them as unalterable givens. Thus they come to be stamped as "necessities of thought," "a priori givens," etc. The path of scientific advance is often made impassable for a long time through such errors. For that reason, it is by no means an idle game if we become practiced in analyzing the long commonplace concepts and exhibiting those circumstances upon which their justification and usefulness depend, how they have grown up, individually, out of the givens of experience. By this means, their all-too-great authority will be broken. They will be removed if they cannot be properly legitimated, corrected if their correlation with given things be far too superfluous, replaced by others if a new system can be established that we prefer for whatever reason.
Physics [and indeed all sciences] can be misguided and troubled with problems without a clear perspective of history and philosophy of science.