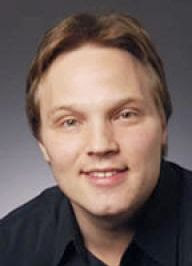 This is going to be an ugly mess. Is the suit about negligence or money?
"UCLA chemistry professor to plead not guilty to felony charges associated with 2008 lab fire death" by Nichole CgiangJanuary 9th, 2012Daily Bruin
UCLA chemistry professor Patrick Harran will plead not guilty to a felony complaint filed by the Los Angeles County District Attorney’s office in late December in relation to a fatal 2008 laboratory fire that resulted in the death of a UCLA staff research assistant.The university also plans to fight the charges in court, said Kevin Reed, vice chancellor for legal affairs.Nearly three years before the filing, Sheharbano “Sheri” Sangji was working in the Molecular Sciences Building when she suffered second- and third-degree burns over 40 percent of her body on Dec. 29, 2008.While handling t-butyl lithium, a highly flammable, air-sensitive chemical, the stopper of Sangji’s syringe came undone and the liquid spilled out and ignited.Sangji was taken to Ronald Reagan UCLA Medical Center before being transferred to the Grossman Burn Center in Sherman Oaks.Sangji died 18 days later.On Dec. 27, a criminal complaint was filed, charging Harran and the UC Board of Regents with three counts each of willfully violating occupational health and safety standards.The charges came two days before the statute of limitations expired – the three-year window of time the district attorney’s office had to initiate legal proceedings.Harran and the university are accused of failing to provide proper chemical safety training, to provide procedures for correcting unsafe work conditions in a timely manner and to require clothing appropriate for the work being done, according to the felony complaint.“As we have been saying all along, the filing of charges is the first step toward any kind of justice for what Harran and UCLA did to our family. It won’t bring Sheri back, but we do hope this will keep other young people safe and keep other families from being destroyed,” Naveen Sangji, Sheri Sangji’s sister, told the Los Angeles Times.If convicted of all charges, Harran could face a maximum of four and a half years in prison, and UCLA could be fined up to $4.5 million, said Jane Robison, a district attorney’s spokeswoman.Criminal charges against an academic lab appear to be unprecedented in the United States. Russ Phifer, executive director of the National Registry of Certified Chemists, said he believes this is the first time a lab has faced a felony complaint.He recalled only one other case, in the United Kingdom, several years ago.“Everyone who works in a lab will bring this up for years and years to come as an example of what can happen,” Phifer said. The potential for criminal liability is now more of a possibility, he said.Reed said the university was “shocked and appalled” by the criminal charges.“(The death) was a horrible tragedy, but not a crime,” Reed said.The California Division of Occupational Safety and Health investigated the fire and discovered that Sangji had not been wearing a protective lab coat at the time. Their report cited insufficient training and lack of proper safety equipment as the primary causes of the fire, according to Daily Bruin archives.Though Cal/OSHA did find serious violations of workplace safety codes, they determined that such violations were not willful, Reed said.The district attorney’s office had a different conclusion, he said.Reed said the district attorney has no purpose in exacerbating the situation by accusing both Harran and the university of being felons.It shifts the focus away from improving and enhancing laboratory safety, including the creation of the Center for Laboratory Safety, which is what the university has been working to do, he said.“In the wake of this tragedy, we have enhanced our lab safety program in numerous ways to prevent this from happening again,” Chancellor Gene Block said in a university-wide statement released Friday.The university had cooperated with Cal/OSHA, paying fines of more than $31,000, Reed said. In a meeting with the district attorney in October 2010, the university asked for further notice if the district attorney’s office intended to prosecute.The university heard nothing for the next 14 months until it learned of the criminal complaint, Reed said.Reed said there is no evidence to support the district attorney’s assertion that the university and Harran intentionally violated rules, knowing that something harmful could happen.“The D.A. cannot win,” Reed said.However, the district attorney’s office has reviewed the case thoroughly, Robison said, and ethically could not have filed the case unless they had evidence beyond a reasonable doubt.Harran will be read his formal charges at an arraignment on Feb. 2, said his lawyer Thomas O’Brien, who declined to comment further. Charges filed in the death of Sheharbano Sangji
Posted by Mercury at 6:13 AM