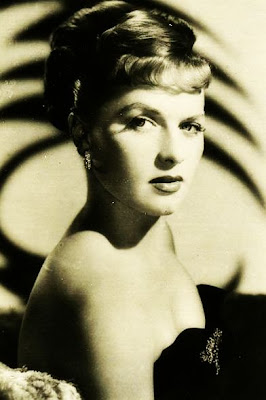 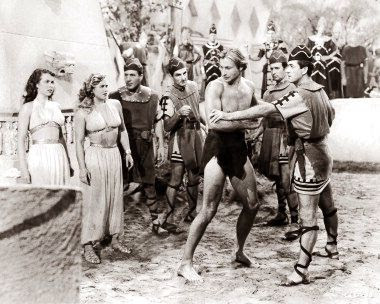 Not exactly a household name but she had a good career in the late 40s to mid 50s and when she left the movie business she continued in theater and even as an ecdysiast such as the famous Noel Toy and Sally Rand. In case you are wondering, an ecdysiast is a Burlesque stripper who performs a [stripping] dance routine set to music. It is more of an art form than the usual grind house strippers and crude stag films whose purpose is to go beyond good taste and indulge in titillation.
Denise Darcel with Zsa Zsa Gabor and Milton Berle 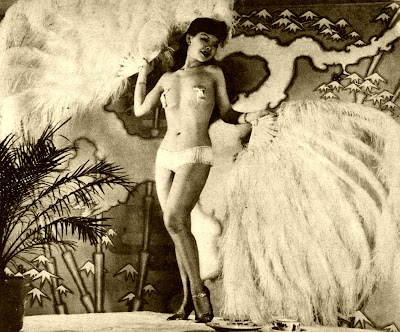 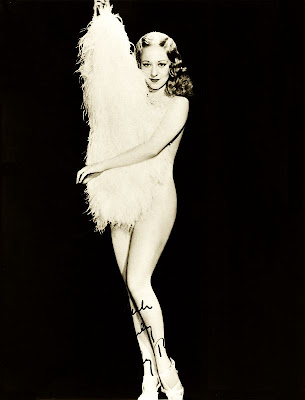