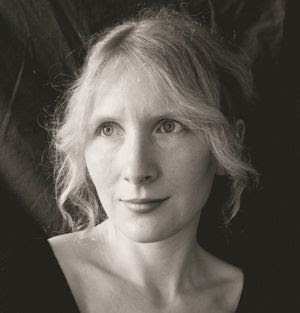 "All Is Song author Samantha Harvey: I find it easier to write as a man"Novelist Samantha Harvey talks to Metro about why she gave a modern slant to Ancient Greek philosophy in her latest novel, All Is Song.by Tina JacksonJanuary 12th, 2012 Daily Mail
Ideas can be lethal things. In 399BC, Greek philosopher Socrates was accused by the state of corrupting the minds of the youth through his subversive thinking. He was given the choice of going into exile or being given a fatal dose of hemlock. He chose the poison, because exile would mean giving up practising philosophy, and died in what would have been excruciating pain.Samantha Harvey, whose debut The Wilderness was longlisted for The Man Booker Prize, was so affected by the circumstances surrounding the death of Socrates that she has written a novel based on it. But it’s not a historical novel: this very clever writer has set it in our times.‘I conceived All Is Song as a modernised, loosely interpreted version of Socrates’s life,’ she says. ‘I wanted to ask what would happen now to someone like that, someone who was relentlessly questioning? And are we, as a society, more tolerant than the Ancient Greeks?’Looks can be deceptive: for all her rather boho appearance, Harvey, who studied philosophy as an undergraduate, believes firmly in the life of the mind. She doesn’t ‘write down’ to populist tastes – her books have seen her compared with Iris Murdoch – and she doesn’t talk down either. But she is also passionate and likeable, with a warm, engaging way of putting arguments across.‘I’ve been fascinated by Socrates since university 15 years ago,’ she says. ‘I was very affected by the little bit I knew about his life – not just what’s good about his philosophy but what’s difficult. I knew then that I’d like to write a novel that would express what I felt about his work.'Socrates was tried on two charges: corrupting the youth and failing to acknowledge the gods worshipped by society. Harvey’s contemporary parallel in All Is Song is William, an unconventional, charismatic, former university lecturer whose one-time students still gather around him to listen to his ideas. The book’s crisis occurs when one of William’s acolytes takes one of his philosophical theories about the unreliability of the written word to an extreme conclusion and burns down a library.‘I struggled with trying to modernise the story of Socrates,’ she says, ‘so I wanted to find a contemporary crime that would represent a violence against society itself…’The Nazis burned Jewish literature; in recent history, religious fundamentalists have burned The Satanic Verses, Harry Potter and, last year in Florida, copies of the Koran.‘There’s something sacrosanct about libraries and books,’ Harvey says. ‘We see book burning as a crime against humanity – it’s intolerable because books represent a kind of freedom to us. Although Socrates was a not a fan of the written word – he believed it was dangerous and could be misinterpreted.’The novel takes place in a 21st-century culture permeated by unease and civil disruption; a timely atmosphere in light of the recent Occupy movement, student demonstrations and climate-change protests.‘When there’s change, and people fear things, they become more dogmatic in their views,’ says Harvey. ‘They lash out: you can see it in the media, scapegoating and penal sentencing. Ancient Greece was striving to become a democracy and many issues of unrest were going on. It sheds light and I wanted it to be a book about our times.’Harvey, who now teaches creative writing at Bath Spa University, at one point considered becoming a philosopher.
‘I don’t see myself, any longer, as that,’ she smiles. ‘But I have never lost an interest in philosophy in all its different forms. That desire to keep asking questions – writing books has grown out of that desire.’The Wilderness, Harvey’s acclaimed debut, conveyed through language the disintegration of the mind of an elderly man called Jake. All Is Song also uses a man, William’s brother, Leonard, much older than Harvey (who was born in 1975), as the vehicle for Harvey’s storytelling. The question of why she centres her books on ageing men makes her laugh.‘I considered a female narrator but I find it easier to write from the point of view of a man,’ she says. ‘I am writing about my obsessions. It’s useless for me to try to write about myself but these are things that preoccupy me, so the book is me from cover to cover. But I will try to have a female narrator just to prove that I can do it.’Harvey has travelled widely and founded an environmental charity, for which she was trustee, before becoming a full-time writer. Now she leads a quiet existence in Bath. ‘I lead a much more prosaic life now,’ she happily admits. ‘I like prosaic lives. There’s something comforting about them.’Many readers of The Wilderness loved Harvey’s use of language to convey a collapsing state of mind. ‘In a very profound way, this book has a relationship with The Wilderness: the preoccupations in them are very much the same, just dressed up as different things,’ she says. ‘With All Is Song, I tried to construct a very traditional narrative that pulls no tricks. So to hear people say that it’s challenging and subversive and uncomfortable is very odd. But that is what the book is about: an aim to see further.’ 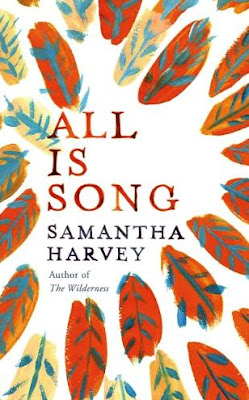 All is Song by Samantha HarveyISBN-10: 022409632XISBN-13: 978-0224096324
Catherine Taylor wrote...If the overriding image of Orwell’s 1984 is of a foot stamping eternally on a human face, then a recurring motif running through Samantha Harvey’s troubling second novel of a modern-day Socrates is that of chickens suffering similarly. This undercurrent of violence in the midst of profoundly beautiful, cathartic writing was a hallmark of Harvey’s debut, The Wilderness, about a man unravelling through Alzheimer’s.The Wilderness was a seriously literary work with an accessible theme, justifiably shortlisted for major prizes. Yet it was also resolutely unfashionable, and this aspect persists with All is Song.Two middle-aged brothers, Leonard and William Deppling, meet in north London after a year apart – Leonard, the younger, has been seeing out their father’s final illness in Edinburgh. His relationship with free-spirited girlfriend Tela has imploded, and William offers solace in the home he shares with wife Kathy and their three small sons. Yet William is far from a genial paterfamilias.During the course of the story, the seemingly drifting Leonard is revealed as the adult of the two. Leonard is an atheist (their father was a church minister) teaching religious studies. William, a rapturous believer, is at best an eccentric given to relentless philosophising – an ostensibly benign cross-examiner of others. At worst, he has a personality disorder, his apparent empathy mere manipulation. William runs a disparate youth group where he and various acolytes endlessly debate. Kathy, mostly silent, confined, furiously burdened with domesticity, is apart from this.Just as Socrates was obliged by the state to imbibe hemlock as punishment for challenging authority, so William reaches a crisis when one of his impressionable followers is charged with a serious crime, possibly committed at William’s enigmatic behest.
Posted by Mercury at 6:36 AM

Email ThisBlogThis!Share to TwitterShare to FacebookShare to Pinterest
Labels: "All Is Song", Samantha Harvey, Socrates