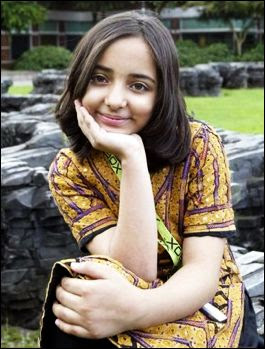 Arfa Karim Randhawa1995-2012
The youngest mentioned here. Physics at its worst.
"Arfa Karim Randhawa, 1995-2012: Hear her philosophy of life"by Todd BishopJanuary 14th, 2012Geek Wire
Arfa Karim Randhawa, the computer programming prodigy who became the world’s youngest Microsoft Certified Professional at 9 years old, has passed away at the age of 16, according to reports out of her native Pakistan this weekend.She had been in the hospital for nearly a month after reportedly suffering an epileptic seizure and cardiac arrest. Two weeks ago her outlook appeared to improve. In recent weeks, Microsoft had stepped in to help provide expert medical care.As explained in this earlier post, I met Arfa and wrote a story about her in 2005 as a newspaper reporter covering her visit to the Microsoft campus in Redmond, when she was 10 years old.

Arfa at 10 years old had also settled on her philosophy of life, and committed it to memory. She told me about it after our interview, when she was having her picture taken outside, so I turned my recorder back on and asked her to repeat it for me on tape.“If you want to do something big in your life, you must remember that shyness is only the mind,” she said. “If you think shy, you act shy. If you think confident you act confident. Therefore never let shyness conquer your mind.”
Posted by Mercury at 4:24 PM