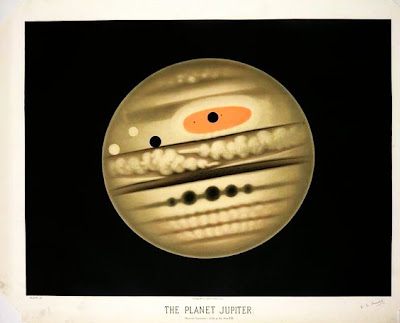 A chromolithograph of the planet Jupiter, observed Nov. 1, 1880, at 9:30 p.m. The piece of art reveals Jupiter's Great Red Spot, akin to a hurricane on Earth, which has been raging on the planet for hundreds of years.

"Amazing Astronomy Illustrations From the 1800s Resurface Online"by Stephanie Pappas January 11th, 2012 LiveScience
Recently digitized drawings by a 19th-century artist reveal stunning sunspots, auroras and even planetary bodies as they were observed in the Victorian era. Recently digitized and made available by the New York Public Library, the images are a remarkably modern-looking glimpse into astronomy in the late 1800s. Drawn by French-born artist Etienne Leopold Trouvelot (1827-1895), the illustrations range from detailed surface studies of the moon to likenesses of the planets that could pass for pop art. One drawing reveals the Great Comet of 1881 as seen in June of that year. Thanks to advances in photography, that comet was the first photographed clearly with both head and tail, according to a 1999 article in the Irish Astronomical Journal. Another details a meteor shower that lit up the skies one night in November 1868. Trouvelot himself is less well-known for his astronomical art as he is for his earlier hobby as an amateur entomologist. In an attempt to improve silk production in the United States, Trouvelot imported the gypsy moths from Europe. Some larvae escaped, resulting in an invasive species disaster. Today, gypsy moths are still a devastating pest, consuming forest foliage in the northeastern United States and parts of the Southeast and Midwest. 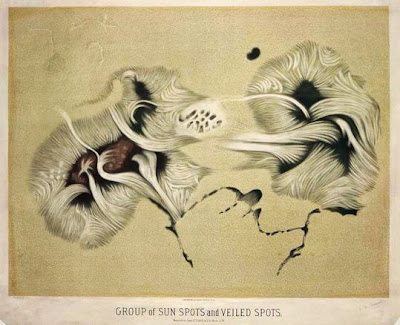 A group of sunspots and veiled spots observed on June 17, 1875 at 7:30 a.m. Sunspots are magnetic regions on the sun, which appear in images as dark spots and whose magnetic field strengths thousands of times stronger than Earth's magnetic field. 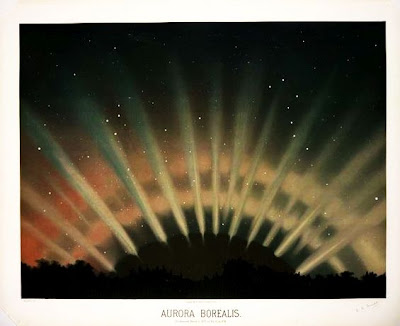 Aurora borealis ass observed March 1, 1872, at 9:25 p.m. Glowing lights that seem to dance across the sky, the aurora borealis occurs when charged particles from the sun enter our atmosphere, smashing into the gases there and releases energy in the form of light. Depending on the gas molecule involved in the smash-up, the lights take on different colors. For instance, a common color, pale yellowish-green, is produced by collisions with oxygen molecules, while blue or purplish-red result from crashes with nitrogen molecules, according to the Northern Lights Center in Canada. They are called aurora borealis in the Northern Hemisphere and aurora australis in the Southern Hemisphere. 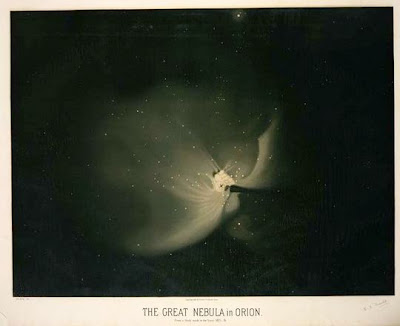 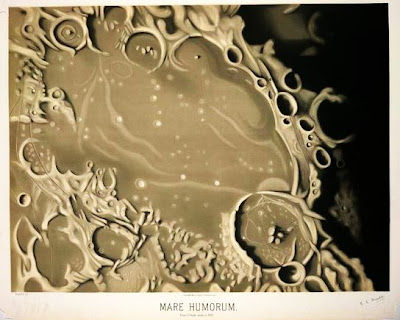 Mare Humorum is a small circular mare, spanning about 275 miles (443 kilometers), on the near side of the moon. Shown here is Trouvelot's artwork of the mare based on a study in 1875. It is about 275 miles across. The mountains around the mare mark the edge of an old impact basin, according to NASA. 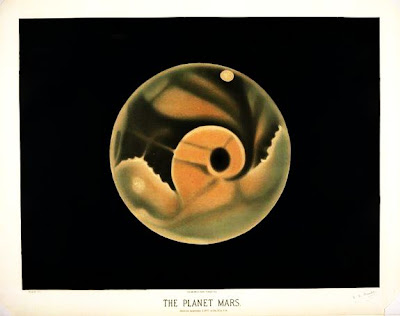 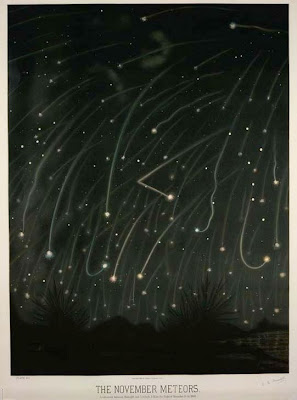 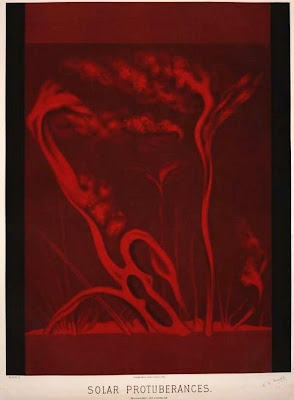 Solar protuberances, as observed on May 5, 1873, at 9:40 a.m. These structures form from the gases of the sun's outer atmosphere called the corona. They have lower temperatures compared with the surrounding environment and can extend millions of miles. 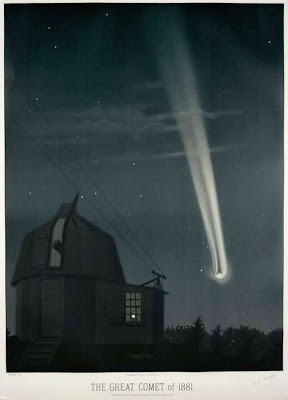 In June 1881, a brilliant comet streaked across the skies of the northern hemisphere. E.L. Trouvelot illustrated the Great Comet of 1881 as he saw it. 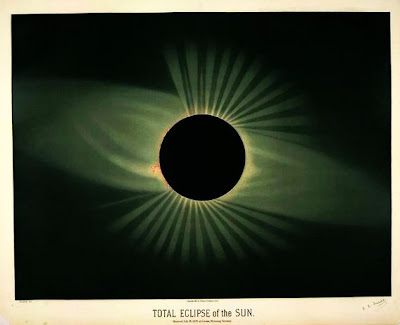 A total eclipse of the sun observed July 29, 1878, at Creston, Wyoming Territory and illustrated by Trouvelot. 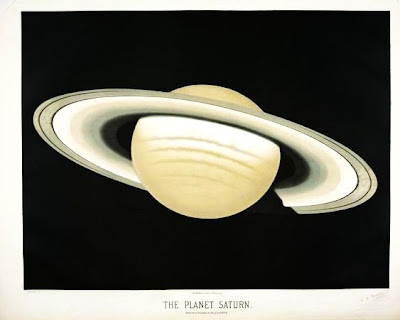 Trouvelot observed Saturn on November 30, 1874 and produced this illustration.
Posted by Mercury at 1:27 PM