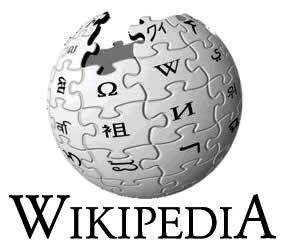 "Wikipedia to shut for 24 hours to stop anti-piracy act"by Yinka AdegokeJanuary 16th, 2012REUTERS
Wikipedia, the popular community-edited online encyclopedia, will black out its English-language site for 24 hours to seek support against proposed U.S. anti-piracy legislation that Wikipedia founder Jimmy Wales said threatens the future of the Internet.The service will be the highest profile name to join a growing campaign starting at midnight Eastern Time on Wednesday that will see it black out its page so that visitors will only see information about the controversial Stop Online Piracy Act (SOPA) and the Protect Intellectual Property Act (PIPA).The information will urge Wikipedia readers to contact their local congressman to vote against the bills. Other smaller sites leading the campaign include Reddit.com and Cheezeburger."This is a quite clumsily drafted legislation which is dangerous for an open Internet," said Wales in an interview.The decision to black out the site was decided by voting within the Wikipedia community of writers and editors who manage the free service, Wales said. The English language Wikipedia receives more than 25 million average daily visitors from around the world, according to comScore data.The bills pit technology companies like Google Inc and Facebook against the bill's supporters, including Hollywood studios and music labels, which say the legislation is needed to protect intellectual property and jobs.The SOPA legislation under consideration in the House of Representatives aims to crack down on online sales of pirated American movies, music or other goods by forcing Internet companies to block access to foreign sites offering material that violates U.S. copyright laws. Supporters argue the bill is unlikely to have an impact on U.S.-based websites.U.S. advertising networks could also be required to stop online ads, and search engines would be barred from directly linking to websites found to be distributing pirated goods.Google has repeatedly said the bill goes too far and could hurt investment. Along with other Internet companies such as Yahoo, Facebook, Twitter and eBay, it has run advertisements in major newspapers urging Washington lawmakers to rethink their approach.White House officials raised concerns on Saturday about SOPA saying they believe it could make businesses on the Internet vulnerable to litigation and harm legal activity and free speech."We're happy to see opposition is building and that the White House has started to pay attention," said Wales.News of the White House's comments prompted a prominent supporter of the bill News Corp Chief Executive Rupert Murdoch to slam the Obama administration."So Obama has thrown in his lot with Silicon Valley paymasters who threaten all software creators with piracy, plain thievery," he posted on his personal Twitter account Saturday. News Corp owns a vast array of media properties from Fox TV, the Wall Street Journal to Twentieth Century Fox studios.Wales said the bill in its current form was too broad and could make it difficult for a site like Wikipedia, which he said relies on open exchange of information. He said the bill also places the burden of proof on the distributor of content in the case of any dispute over copyright ownership."I do think copyright holders have legitimate issues, but there are ways of approaching the issue that don't involve censorship," Wales said.
Posted by Mercury at 2:24 PM