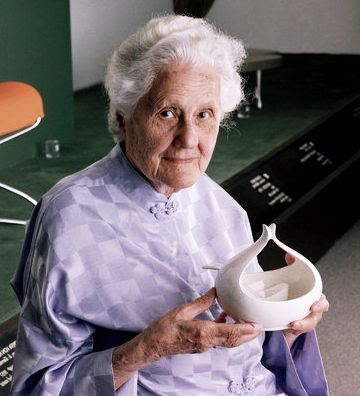 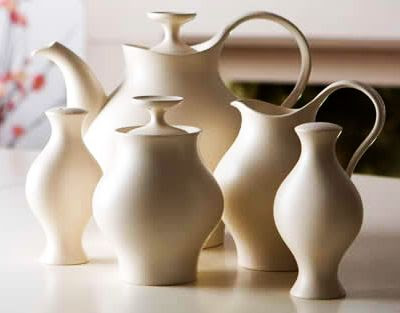 Her book “Eva Zeisel on Design” was published by Overlook Press in 2004. A memoir of her time in prison is scheduled to be published electronically in 2012.“She’s a conduit to pure things,” Mr. Klein said in 2007. He recalled that Ms. Zeisel, who had a strong appreciation of the history of decorative arts and a personal acquaintance with most of the modern design movements of the 20th century, told him never to try to create anything new. Asked how to make something beautiful, he said, she replied, “You just have to get out of the way.” Eva Zeisel [Wikipedia]
Posted by Mercury at 4:28 AM