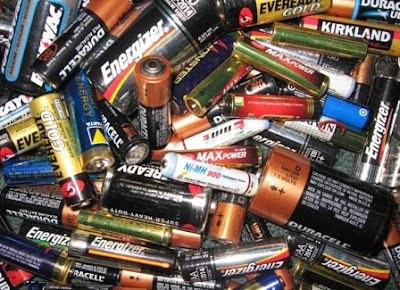 If it wasn’t clear before, now you and I are fully aware of why we’re not physicists—and why we usually just go with our guts to figure out what batteries to buy. Or we just buy whatever’s on sale, or whatever batteries are handy, without thinking too much about it.After much complicated math and several graphs that involve watts, amps, and joules and compare the performance of batteries from Duracell, Energizer, and Dollar General, Allain makes some observations. Most notably, over time the falloff in power occurred much quicker with Dollar General’s batteries than it did with either Duracell or Energizer.Even so, the dollar store’s batteries are so much cheaper that they’re often still the better buy. But, Allain notes, it depends on what your batteries are used for.If the batteries in question are used to power a simple device like a flashlight, the dollar store is probably where you want to shop. The power for these batteries will fade more quickly than the name brands, but dollar store batteries will provide enough juice to keep the flashlight functioning nearly as long as the pricier ones. Even if you have to replace the batteries a bit more frequently, the dollar store models are better overall values because they’re so much cheaper.But, Allain explains, the equation changes when batteries are used for more complicated devices:
Suppose that I am using the batteries for my Wii remote or my awesome Syma indoor RC helicopter (these really do fly nice). For these electronic devices, if the voltage drops too low they might not work properly. Yes, the battery will still have energy in it, but if it won’t run the device correctly who cares?
For devices such as these, then, in which a strong, steady, long-lasting power source sure does come in handy, it’s usually smarter to pay more upfront for brand-name batteries.If batteries are on sale for a super cheap price from Amazon or another retailer, though, Allain says all bets are off. In this scenario, Allain gives the age-old advice for most staple purchases: Buy in bulk when there’s a good deal.
Posted by Mercury at 3:29 PM