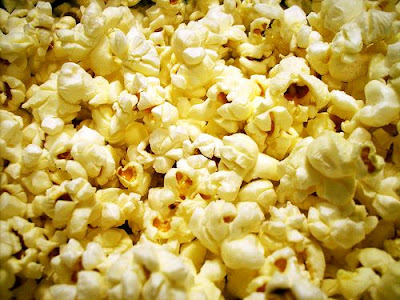 "Study suggests ancient Peruvians 'ate popcorn'"January 18th, 2012BBC NEWS
A new study suggests that people living along the coast of northern Peru were eating popcorn 1,000 years earlier than previously thought.Researchers say corncobs found at an ancient site in Peru suggest that the inhabitants used them for making flour and popcorn.Scientists from Washington's Natural History Museum say the oldest corncobs they found dated from 4700BC.They are the earliest ever discovered in South America.Ancient foodThe curator of New World archaeology at the Smithsonian Museum of Natural History in Washington DC, Dolores Piperno, says maize was first domesticated in Mexico nearly 9,000 years ago from a wild grass.Ms Piperno says that her team's research, published in Proceedings of the National Academy of Sciences, shows that only a few thousand years later maize arrived in South America, where it evolved into different varieties now common in the Andean regions.Her team discovered the maize in the archaeological sites of Paredones and Huaca Prieta."This evidence further indicated that in many areas corn arrived before pots did, and that early experimentation with corn as a food was not dependent on the presence of pottery," Ms Piperno explained.She says that at the time, though, maize was not yet an important part of their diet.
Posted by Mercury at 5:08 PM