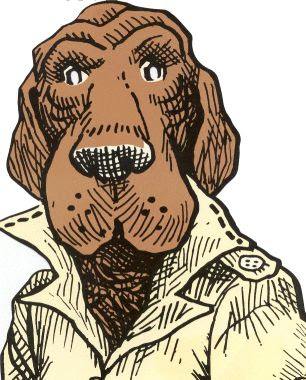 Maybe a good idea, but I have seen people use a screwdriver as a hammer.
"Supreme Court to Decide if Cops Can Raid Homes Based on Drug-Sniffing Dog"byDavid Kravets January 6th, 2012Wired
The Supreme Court agreed Friday to decide for the first time whether judges may issue search warrants for private residences when a drug-sniffing dog outside the home reacts as if it smells drugs inside.The case, involving a suspected Florida drug dealer, tests the limits of government intrusion into the home. The justices and lower courts have routinely sanctioned search warrants based on drug-detecting dogs responding to packages like airport luggage or vehicles stopped during routine traffic stops.But a private residence is another story. The case pending before the court is made all the more important because the Obama administration already claims there is no privacy in one’s public movements outside a private dwelling.The issue is being watched closely by at least 18 states that warned the Supreme Court that the Florida case “jeopardizes a widely used method of detecting illegal drugs”.The case tests a decade-old Supreme Court precedent in which the justices have ruled that thermal-imaging devices used outside a house to detect marijuana-growing operations inside amounted to a search and therefore required a warrant. In that case, the high court ruled in 2001 that “rapidly advancing technology” threatens the core of the Fourth Amendment “right of a man to retreat into his own home and there be free from unreasonable governmental intrusion.”The petition before the justices stems from a Florida Supreme Court ruling last year in which Florida’s justices tossed evidence of 179 pot plants Miami-Dade County authorities seized from the residence of Joelis Jardines in 2006. Authorities made the bust after a trained dog “alerted,” or indicated that it detected drugs, while outside the home.Florida’s top court said the case, which comes as studies suggest drug-sniffing dogs reflect police bias, sets a bad precedent and “invites overbearing and harassing conduct.”
Such a public spectacle unfolding in a residential neighborhood will invariably entail a degree of public opprobrium, humiliation and embarrassment for the resident, for such dramatic government activity in the eyes of many — neighbors, passers-by, and the public at large — will be viewed as an official accusation of crime. Further, if government agents can conduct a dog ’sniff test’ at a private residence without any prior evidentiary showing of wrongdoing, there is nothing to prevent the agents from applying the procedure in an arbitrary or discriminatory manner, or based on whim and fancy, at the home of any citizen. Such an open-ended policy invites overbearing and harassing conduct.
The dog used to nab Jardines was Franky, an 8-year-old chocolate Labrador. Miami-Dade County officials said the K-9 has discovered more than 2.5 tons of marijuana, 80 pounds of cocaine and millions in cash during its career.Jardines’ attorney Howard Blumberg urged the justices to uphold the Florida Supreme Court. He said the government’s deployment of a dog was akin to the “device” used in the thermal-imaging case. The dog, like thermal imaging equipment, was used “to explore details of the home that would previously have been unknowable without physical intrusion.”Pamela Jo Bondi, Florida’s attorney general, told the high court in a petition that it must undo the Florida Supreme Court decision, saying dog searches are a “valuable tool”.
Law enforcement is significantly hampered if required to develop probable cause without the assistance of dogs. The Florida Supreme Cours decision requires that the officers have probable cause before employing a dog. It is the dog’s alert, however, that often provides the probable cause to obtain the search warrant. This Court should grant certiorari to directly hold that a dog sniff of a house is not a search and to restore this valuable tool in the detection of numerous illegal and dangerous activities to law enforcement.
The justices did not indicate when they would hear the case.
Posted by Mercury at 4:59 AM