Many scientists are bereft of knowledge of the philosophy of science 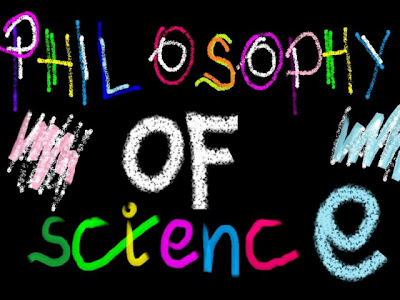 It is certainly true here too.
"Philosophy is a weak point for science students"
byWilliam RevilleJanuary 19th, 2012The Irish Times
It is important to know the nature and strength of the pillars on which scientific knowledge is based, writes WILLIAM REVILLE IRISH AND UK science suffers from a defect – there is no formal and mandatory coursework in the history and philosophy of science for third level science students. Although many scientists educate themselves in this regard, this is a haphazard way to go about things.A scientist who has never pondered the history and philosophy of science cannot reflect deeply on science. He/she will know how to use the scientific method to investigate nature but will not have a sophisticated grasp of the scope of the method, the reliability of the knowledge it reveals, or the ethical implications of pursuing certain investigations, and cannot benefit from a knowledge of science history that could usefully guide current developments.University philosophy departments teach courses on the philosophy of science, but science departments do not send their students to these courses and philosophy departments do not promote it outside their own discipline. We recently introduced an introductory university-wide module at UCC on science in society and another on the history/philosophy of science. These modules are popular and I see no reason why they shouldn’t be mandatory. It is time to deflate the old witticism that “the average scientist knows as much about the philosophy of science as the average fish knows about hydrodynamics”.Scientific laws are generalisations that describe a natural behaviour, often in the form of a mathematical formula, following exhaustive observations of the behaviour. Such derivation of laws is called inductive reasoning. Thus, no exception has ever been noted to the observation that two material bodies attract each other by a force we call gravity, and the strength of this attraction is proportional to the product of the masses of the bodies and inversely proportional to the square of the distance between them. Innumerable measurements have formalised these observations into the Law of Universal Gravitation. But the fact that no exceptions have been found does not mean that exceptions will never be found. David Hume (1711-1776) was the first philosopher to point out that, although the inductive method works empirically, it cannot be proven on rational grounds.Bertrand Russell (1872-1970) pointed up the weakness of induction with the following story. A farmer bought some turkeys and fattened them up by feeding them every morning at 9am. The more rigorous thinkers among the turkeys drew up a law stating – “turkeys are fed every morning at 9am”. This law held up well until several days before Christmas, when . . .Much of science ultimately depends on the expectation that the world will continue to behave according to its present and past behaviour. The early modern scientists felt safe in having this expectation because of their belief in a faithful creator, but if you remove that grounding you are left with something that can flap around a bit. And that grounding must be removed. The modern and mature understanding of science is that it stands alone in a natural sphere and has no connection with the supernatural.So, if science cannot prove that its findings can never be wrong, what differentiates it from other ways of investigating the world? Philosopher Karl Popper (1902-1994) made a very useful contribution here by proposing that the essential characteristic of a scientific proposal is that we are able to imagine circumstances under which the proposal could be disproved.Although it is not possible to have certain objective knowledge of anything, science comes closer to this standard than any other means of acquiring knowledge. However, it is important to know the nature and strength of the pillars on which scientific knowledge is based, the ethical implications of pursuing scientific investigations, and the history of how science has unveiled the secrets of nature and how this knowledge has been applied.[William Reville is a professor of biochemistry and public awareness of science officer at UCC.... ]
Posted by Mercury at 3:15 PM

Email ThisBlogThis!Share to TwitterShare to FacebookShare to Pinterest
Labels: scientists and philosophy of science