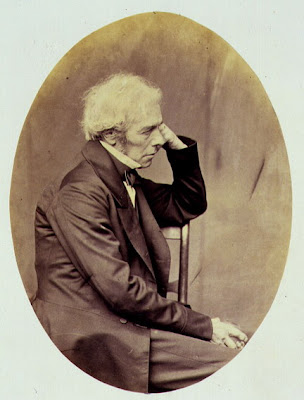 Princeton University
"University museums are unlike other museums. They are not intended to be powerhouse displays of masterworks, though some have their share of these. They are, before all else, teaching instruments intended for hands-on use by students and scholars. As such, they often house objects that are considered of second- and third-tier value at auction but that fill out a deep and detailed account of cultural history."
I certainly hope that such thoughts of diminishing or eliminating university fine art collections is reconsidered. Finances are finances but a lost or broken collection of fine art is irreplaceable.

New York Times
NEW HAVEN — Cease and desist is the advice I give university administrators toying with thoughts of closing their campus museums and peddling the art, as Brandeis recently threatened to do. Just stop. Period. Bad way to go.

If it helps, consider your museum and its collection in purely materialistic terms, as a big chunk of capital, slowly and fortuitously accumulated. Once spent, it is irrecoverable. Your university can never be that rich in that way again. Or view the art in your care as something that doesn’t belong to you. Like any legacy it belongs to the future.

Such thoughts came to mind on a recent visit to campus museums and galleries at Yale University that have exceptional shows this winter. One, devoted to Picasso and writing, is drawn almost entirely from the university’s permanent collections. Another, on the role of tea in Japanese culture, is composed primarily of objects on loan from a single Yale alumnus. A third, imported from another university museum, brings together Degas, geology and gorillas to celebrate Charles Darwin’s 200th birthday. And they are supplemented by a tidy roundup of contemporary Indian artists.

All the shows are fairly small. All are, in different ways, beautiful. All are closely researched studies on fascinating subjects we know too little about. Yet each is just a shade too specialized or unglamorous or experimental to find a home in our public art institutions. If it weren’t for academic museums, these shows wouldn’t happen. And that would be a real loss.

University museums are unlike other museums. They are not intended to be powerhouse displays of masterworks, though some have their share of these. They are, before all else, teaching instruments intended for hands-on use by students and scholars. As such, they often house objects that are considered of second- and third-tier value at auction but that fill out a deep and detailed account of cultural history.

One of the most moving shows of ancient Chinese art I’ve ever seen was put together in 1993 from just such material by students in a graduate seminar at Columbia University. The Han-period funerary objects from Columbia's holdings were time worn and unrefined. But imaginatively arranged and meticulously annotated, they evoked a picture of a soul adjusting to the pleasures and perils of the afterlife with an immediacy barely hinted at in exhibitions with superior examples of the same objects at the Met.

The august public museum gave us fabulousness. The tucked-away university gallery gave us life: organic, intimate and as fresh as news.

I had the same impression seeing "Tea Culture of Japan: Chanoyu Past and Present" at the Yale University Art Gallery. Here the goal is to evoke the look and spirit of an intricately choreographed social convention, the formal serving of tea, that is also the embodiment of a religious philosophy and a national culture.

The curator, Sadako Ohki, working with Yale students, hits all these tangents with superb economy. Using objects from the collection of Peggy and Richard M. Danziger (Yale L.L.B. 1963), she maps out a history of the tea tradition, or Chanoyu, in a few broad strokes. We see it move from competitive flamboyance, embodied in a flower-spattered folding screen, to the Zen-inspired simplicity of rough-and-tumble ceramic bowls, to 21st-century practices that bring digital animated views of nature to classic tea room décor.

The show includes some highly charismatic items, among them a bamboo tea scoop carved by Sen no Rikyu, the 16th-century tea master who codified the "wabi" aesthetic of restraint and imperfection that for many still defines Japaneseness. And there is a touch of theater, appropriate to a study of what is, after all, a species of performance art. At the very center of the gallery sits a stagelike portable tea room, which will see active use during the run of the show.

The result is a kind of exhibition-as-essay too rarely encountered even in midsize public museums but regularly produced in universities, where intellectual adventure is privileged over box-office appeal.

A second show at the Yale gallery, "Picasso and the Allure of Language," fits the same description in its investigation of the importance of words — written, painted, printed, spoken — in Picasso's art. And the installation is as dense and busy as the one for the tea show is spare, with everything in it, apart from two sculptures, belonging to Yale.

Busyness was, of course, Picasso's default mode, conveyed here in a kind of logomaniacal flow of images intertwined with language. A 1914 collage with the pasted-in visiting cards of Alice B. Toklas and Gertrude Stein hangs near text-seeded Cubist paintings. These are surrounded by prints illustrating the works of Ovid and Aristophanes and others that accompanied, without exactly illustrating, poems by Guillaume Apollinaire, Tristan Tzara and Picasso himself.

The exhibition's curator, Susan Greenberg Fisher, has done well to give particular attention to the 1948 lithographic edition of Pierre Reverdy's "Song of the Dead," to which Picasso contributed calligraphic designs. They are startling things, big and blood red, interventions more than illuminations.

The 1943 painting titled "First Steps," with its Quasimodo of a toddler and squash-faced mother, incorporates language only very indirectly — studies for it were done on newsprint — but who cares as long as it’s here, great beyond words?

My favorite piece of all, though, is not by Picasso but about him: Gertrude Stein's verse portrait of him, here heard read aloud by the poet on audiotape. Linguistically the poem is a tricky thing of darting, rapping repetitions and percussive rhythms. And Stein’s performance is a tour de force of verbal dexterity: a stately but delicate exercise in proto-hip-hop, ending with the famous lines: "Let me recite what history teaches. History teaches." Exhibitions like this one certainly do too.

A few blocks away the Yale School of Art has opened a gallery of its own. And while the space will often be given over to student exhibitions, it is being inaugurated in healthy cosmopolitan fashion with a selection of work by contemporary Indian artists living in Asia and elsewhere.

Called "Shifting Shapes — Unstable Signs" and organized by Robert Storr, dean of the School of Art, and Jaret Vadera, a graduate student, the show is strong, cuts across several media and gives a good sense of how loose and flexible the category of "Indian art" is. At the same time it freezes that category into canon. Nearly every name, and even many individual works, seen here will be familiar to anyone who has spent time in Chelsea or at various biennials in the past few years.

Indian art, whatever and wherever it may be, is now a cultural force field of international reach, and it would have been good if it had been taken to little-traveled reaches of that field here. Still, there is some adventure. Brendan Fernandes, Riyas Komu and Abir Karmakar are artists new to me. I’m grateful for the introduction.

Of all the campus exhibitions "'Endless Forms': Charles Darwin, Natural Science and the Visual Arts" at the Yale Center for British Art is the largest and most complex — sufficiently complex, in fact, to be reserved for extended coverage at a later date. Assembled by the Fitzwilliam Museum at the University of Cambridge in England to coincide with the Darwin bicentennial, it is a mechanism of many interlocking visual and conceptual parts spanning styles and periods and disciplines.

A list of a just few of its components — maps, fossils, stuffed birds, ethnolographic photographs, impressionist landscapes, chic Parisian hats — will suggest the range. Art and science, equally speculative endeavors, meet, clash and cross-fertilize, just as they do in that world within the world that is the university and as they sometimes do in university art museums, institutions that are, at their best, equal parts classroom, laboratory, entertainment center and spiritual gym where good ideas are worked out and bad ideas are worked off.

One bad idea, that university museums are expendable commodities, remains alive in our collective system. Despite a lot of hemming and hawing in the face of protest, Brandeis still gives every indication of wanting to close its Rose Art Museum, opening the path to selling its art, as foolhardy as that would be in the present economy.

But at least one good idea seems to be gaining ground. In a bleak economy, when our big public museums threaten to sink under budget-busting excesses, the university museum offers a model for small, intensely researched, collection-based, convention-challenging exhibitions that could get museums through a bumpy present and carry them, lighter and brighter, into the future.
Posted by Mercury at 4:39 AM