I hear that the Brooklyn Bridge is for sale...again 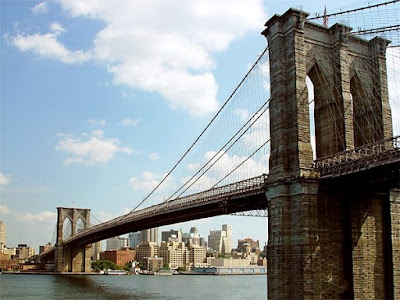 space.com
STRASBOURG, France - The United States is not developing space weapons and could not afford to do so even if it wanted to, an official with the Pentagon's National Security Space Office said Thursday.

Pete Hays, a senior policy analyst at the space office who is also associate director of the Eisenhower Center for Space and Defense Studies, said U.S. policy on space weaponry has remained pretty much the same over the last 30 years despite the occasionally heated debate on the subject during the administration of former U.S. President George W. Bush.

"There has not been one minute spent on this issue as far as I know," Hays said of U.S. Defense Department policy on using weapons in space. "There are no space weaponization programs. It's an issue that academics like to flog now and then, but in terms of funded programs, there aren't any. I can tell you that categorically."

Hays made his remarks during a space security conference organized by the International Space University here. He said that even if the United States decided to embark on a space-based weapon system, it could not pay for it given its current military program commitments.

Hays said the U.S. policy of refusing to sign a treaty banning space-based weapons has not changed since the 1970s. Despite occasional efforts, no administration, Democrat or Republican, has been able to craft an acceptable treaty.

Hays said he cannot explain why a policy statement from the new administration of President Barack Obama appears to highlight a priority of seeking a worldwide ban on weapons that would interfere with satellites. "This will be an extremely difficult policy to adopt" for the same reasons that other administrations have fallen short, Hays said. "It is not for lack of trying that the United States and others have been unable" to produce a treaty.

Russia and China continue to try to win support for such a treaty at the United Nations Disarmament Conference.

In a separate presentation to the conference, John Sheldon of the School of Advanced Air and Space Studies at Maxwell Air Force Base, Ala., said defining space weapons will never be possible to the extent demanded by a treaty.

"Four guys in black pajamas who attack a satellite control station: That too is a space weapon, and you cannot stop it," Sheldon said.
Posted by Mercury at 6:03 AM