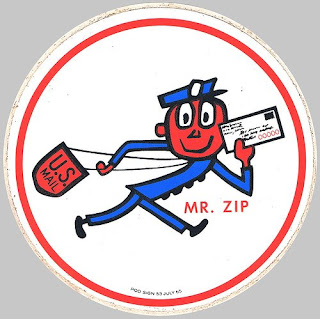 An Op-Ed Contributor, Ruth Y. Goldway, to the New York Times this morning has offered a proposal for the U.S. Government to pave the way for "going green" by converting all postal vehicles to electric power. Sounds like a good idea and might in part be feasible save for the thought of regions of the country where temperatures do effect electric vehicle performance...storage batteries function less when it is cold. Nevertheless, the comments do have merit in warmer climate areas. Eat your heart out Fergus Falls.

"Plugging in the Postal Service"

New York Times
PRESIDENT OBAMA'S energy plan calls for putting one million electric plug-in hybrid cars on the road by 2015. This ambitious goal could be accomplished more quickly if we invested in converting the largest civilian fleet in the United States — the 219,000 vehicles owned by the United States Postal Service — to electricity.

The House's stimulus bill would allot about $28 billion for efficient and alternative energy programs, while the Senate version calls for $40 billion. When government agencies dole out the money, some of it should go to helping the Postal Service go green.

Converting just its 142,000 standard delivery trucks would reduce gasoline consumption by up to 68 million gallons a year and save the Postal Service millions of dollars. Delivery vehicles could be powered by electricity from solar panels installed on the roofs of mail sorting centers and local post offices — a self-sufficient system. You could plug in your own electric car there while you drop off parcels and buy stamps.

The Postal Service has already made its own efforts to reduce consumption — by providing fully recyclable packaging, investing in paperless data tracking and initiating a "mail back" program to recycle small electronics. It would like to do more, but with declining mail volume and revenue, it cannot go green on its own.

So why not spread the stimulus to every community in the country by investing in the Postal Service? With part of the alternative energy stimulus, neighborhood post offices could become local green hubs, thousands of electric-powered delivery trucks could take to the road, and we could all share, in a tangible way, in the president’s energy plan.

[Ruth Y. Goldway is a member of the United States Postal Regulatory Commission.]
Posted by Mercury at 7:41 AM