Even workers at NASA can be corrupt 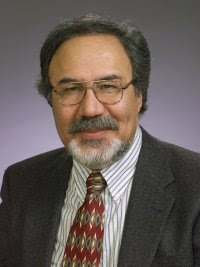 Samim Anghaie
Not as subtle as some other forms of greed at NASA and loss of taxpayer's money, but worked for Samim Anghaie and his wife Sousan Anghaie...for a while.

"Professor, Wife Accused of Defrauding NASA of Hundreds of Thousands of Taxpayer Dollars"

FOX NEWS
The FBI and NASA are investigating a University of Florida professor and his wife for allegedly defrauding NASA out of hundreds of thousands of taxpayer dollars for their own personal use.

Iranian-born Samim Anghaie, 59, is the Director of the Innovative Nuclear Space Power and Propulsion Institute at the University of Florida. His wife, 55-year-old Sousan Anghaie, is president of New Era Technology Inc. (NETECH) in Gainesville, Fla.

But, according to an affidavit unsealed today in federal court, the couple allegedly used most of that money to buy personal luxuries — including their $480,000 home in Gainesville, a 2007 BMW and a 2005 Toyota Sienna sports van.

As part of her proposal in 2006, Sousan Anghaie requested nearly $350,000 to pay three staffers, including her son and brother-in-law. But those three actually received "$0" for their work, according to the affidavit. In fact, it's not clear whether any of the proposed work was actually completed.

According to the affidavit, Sousan Anghaie and her husband, who also worked for NETECH in some capacity, "submitted multiple fraudulent certified contract proposals to NASA, in order to receive the maximum funding for proposed research contracts."

After sending NASA invoices documenting how the money was used, NASA would deposit money directly into NETECH's corporate account, but that money would be "diverted" to the couple's personal accounts, the affidavit said.

NETECH has already received nearly $528,000 of the $600,000 awarded by NASA, and the contract with NASA was still active as of last week, according to the affidavit.
Posted by Mercury at 4:22 PM