Annihilation of the world put on hold 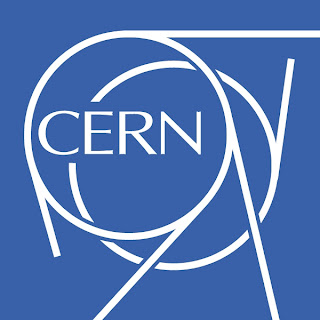 "LHC’s biggest collisions on hold until after 2010"

physicsworld.com
Maximum-energy collisions will take place at the Large Hadron Collider (LHC) only after 2010.

Following the recommendations of LHC staff given at a workshop last week in Chamonix, France, CERN management has decided upon a restart schedule that will see the accelerator collide protons at record energies of 10 TeV towards the end of this year. However, collisions at the maximum collision energy of 14 TeV will have to wait until at least 2011.

CERN says it has made the decision to ensure that there is enough data produced next year for theorists to search for new physics.

"The schedule we have now is without a doubt the best for the LHC and for the physicists waiting for the data," said CERN director general Rolf Heuer in a prepared statement. "It is cautious, ensuring that all the necessary work is done on the LHC before we start-up, yet it allows physics research to begin this year."

The schedule specifies that the LHC will have protons re-enter its ring at the end of September — six weeks later than previously estimated — and will see its first collisions a month later. It will operate through winter, perhaps without stopping for any of the usual four-month maintenance period, while working up to 10 TeV. During this time staff will also try injecting lead ions into the rest of CERN's accelerator complex, which feeds the LHC. This will open up the possibility of ion-ion collisions in late 2010.

The LHC circulated its first protons on 10 September last year to a global audience, but its commissioning was brought to an abrupt halt nine days later when an electrical fault caused a huge magnet "quench" which evaporated some six tonnes of liquid helium into the underground tunnel. The force of the helium leak was such that it broke anchors in the concrete floor and ruptured connections between the magnets.

Since then CERN has been assessing the LHC's safety and conducting repairs, which could total as much as CHF 40m (£23m). The repairs include the replacement of 53 magnets, the installation of additional pressure-relief valves, and the laying of hundreds of kilometres of new cable to monitor electrical resistance in an improved "early warning" system.

CERN says that the improved early-warning system will be in place before the LHC’s restart. However, the lab also says that it has identified two more "suspect" connections, which are being addressed.

"For the three golden days [after 10 September] the atmospheric was electric," Steve Myers, CERN's director of accelerators and the chair of the Chamonix group, told physicsworld.com. "Immediately afterwards there was disappointment and deception. Now there is cautious but real optimism for the start-up. There is also great belief."

Researchers announced Monday a new delay for the restart of Europe's Big Bang atom-smasher, saying the faulty multi-billion dollar machine would now be turned back on in late September.

The European Organisation for Nuclear Research (CERN) had planned to relaunch the Large Hadron Collider (LHC) this spring before delaying it to the summer.

But CERN management decided to aim for a September restart to reinforce protection systems.

"The schedule we have now is without a doubt the best for the LHC and for the physicists waiting for data," CERN Director General Rolf-Dieter Heuer said in a statement.

"It is cautious, ensuring that all the necessary work is done on the LHC before we start-up, yet it allows physics research to begin this year."

The machine broke down only days after being switched on in September 2008, causing more than 30 million Swiss francs of repairs (20 million euros, 26 million dollars).

CERN's new German director signalled in an interview late January that he would be more cautious than his French predecessor, with the relaunch having been repeatedly put back since the vast scientific experiment was launched amid worldwide fanfare last year.

With 10,000 staff involved and after more than a decade of painstaking work, the first proton beams were fired down the new accelerator in a blaze of publicity on September 10, 2008, only to break down due to a helium leak from its cooling system nine days later.

Heuer has said that he does not want to push for a full energy beam until 2010 at the earliest, after new protection systems have been added.

"The new schedule foresees first beams in the LHC at the end of September this year, with collisions following in late October," CERN said in Monday's statement.

The LHC -- which runs through a 27-kilometre (17-mile) tunnel under the Franco-Swiss border near Geneva -- is the most powerful in a series of atom-smashers at the 20-nation research organisation that have successfully helped advance knowledge of particle physics and the workings of the laws of nature since CERN was founded in 1954.

Designed to shed light on the origins of the universe, the LHC took nearly 20 years to complete and cost six billion Swiss francs (3.9 billion euros, 4.9 billion dollars) to build in a tunnel complex under the Franco-Swiss border.

It aims to resolve some of the greatest questions surrounding fundamental matter, such as how particles acquire mass and how they were forged some 13.7 billion years ago.

In the countdown to the September launch, some scientists sought to halt the proceedings, convinced that the experiment could create black holes and extinguish life on Earth forever.

Their apocalyptic fears turned out to be misplaced.
Posted by Mercury at 6:41 AM