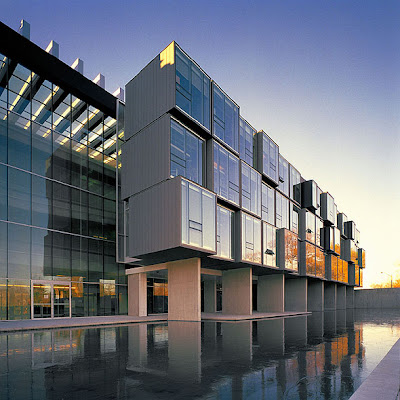 Perimeter Institute for Theoretical Physics "...is an independent, resident-based research institute devoted to foundational issues in theoretical physics...." And I read that Stephen Hawking will participate soon. What happened to "experimental physics"? This is not a "balanced think tank".

physicsworld.com
Nine leading researchers are to join Stephen Hawking as visiting fellows at the Perimeter Institute for Theoretical Physics in Ontario, Canada. The researchers, who include string theorists Leonard Susskind from Stanford University and Asoka Sen from the Harisch-Chandra Research Institute in India, will each spend a few months of the year at the institute as "distinguished research chairs". They will be joined by another 30 top scientists to be announced at a later date.

The Perimeter Institute was founded in 1999 by Mike Lazaridis, chief executive of Research in Motion – the company that makes Blackberry wireless handheld devices. Home to more than 60 resident researchers, the institute focuses on areas such as cosmology, particle physics and quantum gravity. Hawking was made the institute's first distinguished research chair last November, while his Cambridge University colleague Neil Turok was appointed as the executive director of the institute last May.

There has been criticism though that the institute focuses too heavily on particle physics and cosmology and does not carry out any research in theoretical condensed-matter physics. However, one of the new chairs -- condensed-matter physicist Xiao-Gang Wen from the Massachusetts Institute of Technology – thinks that the subject will increase in prominence at the Perimeter Institute.

The other new chairs, who will all keep positions at their home universities, include Yakir Aharonov from Chapman University and Tel Aviv University, who shared the Wolf Prize in 1998; Juan Ignacio Cirac, director of the Max Planck Institute for Quantum Optics in Germany; and Harvard University condensed-matter theorist physicist Subir Sachdev.

Theoretical physics...philosophy/sci-fi?
Posted by Mercury at 7:56 AM