"And in this corner...Fermi National Accelerator Laboratory" 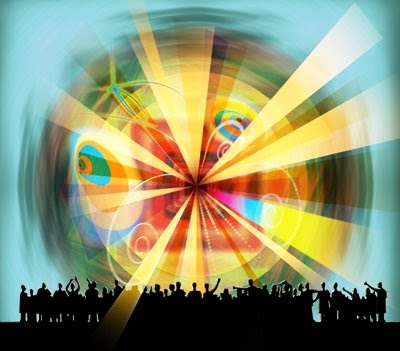 One begins to wonder if blood letting will occur? The Higgs boson [God Particle] is the prize and the race between Fermi National Accelerator Laboratory and the LHC is on. One problem...the LHC is down for maintenance thus FermiLabs has currently an advantage. Also remember that the DOE is footing the bulk of the sponsorship funds.

"Fermilab can't help but beam in race for 'God Particle'"

Associated Press
This might not be the question the guys at the bar are asking -- but it gets particle physicists going:

Does the Fermi National Accelerator Laboratory's Tevatron particle accelerator in the far west suburbs still have a shot against the Large Hadron Collider in Switzerland?

The competition? To find evidence of a hypothetical particle called the Higgs boson, better known as the "God Particle," that's believed to give mass to all the matter that makes up the universe.

"This has been the holy grail of high-energy physics for the last 30 years," said Joe Lykken, a senior scientist at Fermilab in Batavia.

Only months ago, it seemed that European Organization for Nuclear Research -- or CERN -- scientists at the Large Hadron Collider would win the race.

"People laughed at the idea of [Fermilab] finding the Higgs," Lykken said. "Our accelerator was not built to find the Higgs."

The LHC was. It's the world's largest atom-smasher, far more powerful than Fermilab's Tevatron. It kicked off with an impressive show of force in September, when beams of protons were fired at the speed of light.

The idea that Fermilab could pull ahead in the Higgs search seemed about as likely as a Model T beating a Corvette in a drag race.

But just more than a week later, the LHC was shut down because of faulty wiring.

And things are looking up money-wise, as well.

"We were looking at huge budget cuts last year," Lykken said, "and now we are hoping to get stimulus-package money and scrambling to see the best way to use it."

Another Fermilab scientist, Dmitri Denisov, said its "probability of discovering" the Higgs is between 50 percent and 90 percent.
Posted by Mercury at 6:21 AM