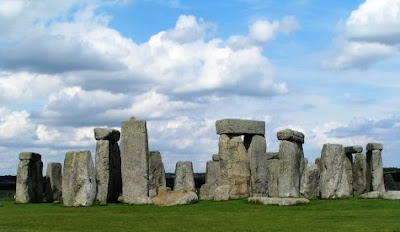 "March is the month of expectation,
The things we do not know,
The Persons of Prognostication
Are coming now.
We try to sham becoming firmness,
But pompous joy
Betrays us, as his first betrothal
Betrays a boy."

Emily Dickinson
It is correct to say that March is a transition month...for on the Vernal Equinox [about March 21st] we have around 12 Hours of Daylight and 12 Hours of Nighttime...SPRING. And there is the old adage..."In like a lion" [beginning of the month] and "out like a lamb" [end of the month]...and vice-versa. But what does that mean...any astronomical connection?

"What Does That Old Saying 'In Like A Lion Out Like A Lamb' Have To Do With The Cosmos?"

Star Gazer
Greetings, greetings fellow star gazers. You know I have always been fascinated by mythology and folk lore, especially phrases we learn during childhood and repeat all our lives and frequently have little or no idea where they came from. For instance everyone has heard that old phrase that" if March weather comes in like a lion it will go out like a lamb" and vice versa. But have you ever wondered where that phrase comes from? Well my astronomical colleague Guy Ottewell has long suggested that maybe this phrase got its imagery from the heavens. Let's take a look and see what you think.

O.K., we've got our skies set up for the first day of March any year about 8 p.m. your local time and if you're far from city lights and if you go outside and look toward the northwest you will see the very dim stars that make up the constellation Aries the ram or lamb. But if you look in almost the opposite direction toward the northeast about the same height above the horizon you'll see the constellation Leo the lion. So here we have two wonderful night sky images that match the phrase, a lion and a lamb, both about the same height above the horizon in early evening on the first of March.

But what will we see if we go out at the same time a month later on March 31st? Well quite a different story, because on March 31st at 8 p.m. the lion will be almost overhead and the lamb will be smack dab on the northwestern horizon. Now we all know that the weather at the end of March is usually milder than the weather at the beginning of March so our skies at 8 p.m. on the last day of March with the lamb setting supports the fact that March is going out like a lamb. However if we turn our skies back to March 1st at 8 p.m. we see that the lion is just rising which lends support to the premise that March usually begins with fiercer weather, comes in like a lion so to speak. So perhaps long ago someone tied this all together noticing that on the 1st day of March Leo the lion was just rising up into the heavens whereas at the end of March Aries the ram was leaving them. And thus decided to poetically link both of them to the weather.

This March of 2009 however we can add a second cosmic meaning to that old phrase because also in the west just after sunset at the beginning of this March 2009 is the planet Venus at its greatest brilliancy out dazzling everything in the sky except the Moon and the Sun. In fact it comes in at the beginning of March like a lion but as the month progresses, it loses half its brightness and starts vanishing into the sunset, going out like a lamb. Whatever, it's always fun to investigate old folk lore because there always seems to be a bit of truth involved. So here's hoping your March comes in like a lion and goes out like a lamb. But even if it doesn't, keep looking up!