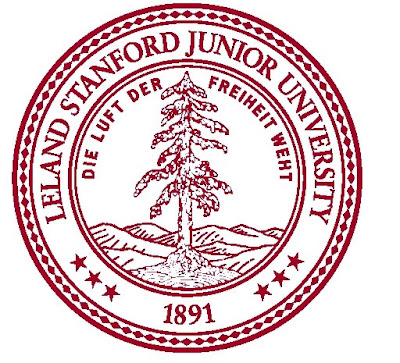 "Stanford has an enormous endowment ($17 billion before the market crash) but applies it in a heavily leveraged manner — in other words, they tend to use it to prime the pump and not to support ongoing research programs."
The above quote is most interesting and is indicative of many groups that hold a large sum of money...right down to your local university and Jerry's kids. Only a certain percent of each dollar in the coffers goes towards research or direct aid. Granted there is a certain percent that must be allocated towards infrastructure and salaries. Guest Columnist, Stephen Quake, has offered some insight on finance and scientific research.

"Letting Scientists Off the Leash"

The New York Times
I thought I would start this blog by describing what life is like for a scientist at a modern research university, and the more general consequences for science and creativity.

I spend much of my time teaching, although only a small fraction of that is in the classroom. The majority of my teaching is with the graduate students and postdocs who have joined my group to learn hands-on science — the model to keep in mind is apprenticeship, like in a medieval guild. We work together to advance the frontiers of knowledge, and I try to help them develop intellectual independence and a sense for how to develop their own creative research program.

This talented group of people are the actual hands in the lab doing experiments (it has unfortunately been a while since I have had the time to do experiments with my own hands; typically these days I am more involved in helping debug problems and analyze data, and writing up the results – and writing grants, of course).

Where does the money come from to pay for our science? Mostly from the federal government — your tax dollars at work — and non-profit foundations. Income from grants written by professors is the single largest contribution to the Stanford University budget (the second largest is endowment income, and student tuition is a distant third). Stanford has an enormous endowment ($17 billion before the market crash) but applies it in a heavily leveraged manner — in other words, they tend to use it to prime the pump and not to support ongoing research programs.

When a university hires a professor, they typically agree to provide a start-up package to support that professor's research over the first few years, after which the professor must seek external funding. This funding is needed to buy research supplies, pay stipends and tuition for graduate students, and even to support the salary of the faculty member. In fact, the university rarely pays the full salary of the professor — depending on the department, the professor must find between 25 percent and 75 percent of his or her salary from outside grants.

It strikes me as one of the ironies of modern life that professorial faculty, who by and large lean to the left politically, accept such a brutal free-market approach to their livelihood. If they can't raise grants to support their research every year, they won't get paid. So not only do they have to worry about publish or perish, it's also funding or famine, in the very real sense that without a grant there might not be food on the family dinner table!

It’s almost like a small business — each faculty member is essentially running an enterprise for which he or she must find revenue (grants), manage finances, balance the books and pay expenses like salaries, tuition, rent and even taxes to the university for the space used.

Such a system does not come without its own perils. It is not so easy to ask our young scientists to think out of the box when a significant portion of their salary (and mortgage payments) depends on guaranteeing a steady source of funding. Consequently, professors become highly attuned to the institutional priorities of various funding agencies — often at a cost to their own creativity and desired research directions.

Science at its most interesting is provocative, surprising, counter-intuitive and difficult to plan — and those are very difficult values to institutionalize in an organization or bureaucracy of any size. I have seen my own grant proposals get chewed up and rejected with comments like "typically bold, but wildly ambitious," and wondered why it is wrong to be ambitious in one’s research — but perhaps that is a conclusion fully consistent with science by committee.

Fortunately, at key points in my career I lucked into special awards when conventional funding was not available. These awards — from the David and Lucile Packard Foundation, the National Institutes of Health and the Howard Hughes Medical Institute – all represented turning points in that they allowed me to pursue ideas that were rejected as too crazy by the ordinary grant process. These include using discoveries from my basic research in single molecule biophysics to develop a new kind of DNA sequencer, plunging into the world of prenatal diagnostics by inventing a non-invasive alternative to amniocentesis and inventing microfluidic plumbing devices for biological applications as diverse as protein crystallography and single cell analysis.

So it is working out O.K. for me — for now — but there are many more creative scientists out there than there are special awards. In economic terms, I worry about the "opportunity cost" not only of the ideas not pursued and discoveries not made, but also of the time spent trying to convince very conservative review panels to fund one's research — each minute spent writing or administering grants is a minute that wasn't spent thinking deep thoughts about the frontiers of knowledge.

You may have noticed that one of my lifelines actually came from the N.I.H. — an agency not known for taking risks. I could write pages about the last presidential administration's disastrous approach to science. However, for whatever reason (and I suspect it was dumb luck: the exception that proves the rule) George W. Bush appointed an N.I.H. director who was both visionary and an adept leader — Elias Zerhouni. Dr. Zerhouni changed the process for awarding grants, which had become inbred and conservative. Among other steps, he created a series of special awards — for "Pioneers" and "Innovators" — to fund highly risky research, and it is one of these that I was the recipient of.

As we think about how to heed President Obama's call to "put science back in its rightful place," I wonder if this should also be the time to rethink the basic foundations of how science is funded. Could we stimulate more discovery and creativity if more scientists had the security of their own salary and a long-term commitment to a minimal level of research support? Would this encourage risk-taking and lead to an overall improvement in the quality of science?

As we consider the monumental challenges facing our generation — climate change, energy needs and health care — and look to science for solutions, it would behoove us to remember that it is almost impossible to predict where the next great discoveries will be made — and thus we should invest broadly and let scientists off their leashes.

Email ThisBlogThis!Share to TwitterShare to FacebookShare to Pinterest
Labels: science funding, the sciences