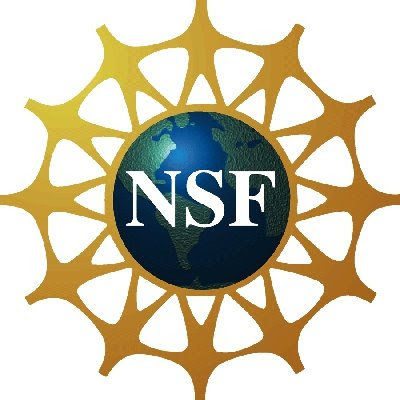 Recently my attention was drawn to this article that appeared in The Marlborough Express, a New Zealand newspaper

A weekend jelly-wrestling bout in the Antarctica has cost the organiser his job.

stuff.co.nz
The evening of jelly wrestling at McMurdo Base was uncovered the following day by a high-powered delegation from the United States Office of the Inspector General, which audits the National Science Foundation - funder of the programme.

The organiser of last month's jelly wrestling, which was held in a vehicle maintenance facility and attended by New Zealanders from neighbouring Scott Base, was sacked the following week.

The incident also led to an urgent all-staff meeting where the US Antarctic Programme workers were read the riot act and given a stern lecture on their collective moral failure, with other activities involving nudity cited as further examples.

In an email sent to all the staff, the sacked jelly-wrestling organiser threatened to file a suit for wrongful termination as well as lamenting the way the US programme was now run by Raytheon Polar Services and the "fun nazis".

"I will just say that I was terminated for having harmless jello wrestling," he said in the email.

"No-one was injured (five medevacs from the company-sponsored softball game), no equipment was abused or damaged, no-one complained to HR, there was no inappropriate behaviour, clothing, or nudity (though the Polar Plunge just hours before the jello event had plenty of nudity but no-one got fired or reprimanded for doing that!)."

The incident has highlighted the culture clash between the Raytheon Polar managers, many of whom are ex-military, and the staff, who may have been working on the ice for many years and do it out of commitment to the programme.

Another staff member, who has done five stints at McMurdo, said all the fun was being sucked out of working in the Antarctic.

"Each time we go down, the place just seems more and more emotionally beat down," he said in a posting on a website.

"Every trip, there are more and more rules, restrictions and guidelines that seem designed to take all the life out of the place and make it more like a unionised auto factory.

"Yes, I know it is a workplace, but they are sucking all the fun out of the place."

Is this a serious issue? McMurdo Base has got to be one of most remote scientific outposts. Watchful eyes are few and I'm sure even a watchful eye would turn one's gaze in a different direction. Is this behavior excusable? Maybe. But this incident rides on the heal of an earlier revelation.

CATO@LIBERTY
The federal government's National Science Foundation (NSF) has become the bureaucratic version of Animal House. Last week I blogged [BELOW] on a NSF inspector general discovery that agency employees were viewing pornography, engaging in sexual online chats, and using taxpayer-funded trips to pursue women. Now comes word from a New Zealand newspaper that NSF employees in Antarctica have been jello-wresting and skinny-dipping in frigid waters.

The quotes from defiant NSF employees are priceless, and demonstrate how little regard they have for the taxpayers paying their salaries:

"Every trip, there are more and more rules, restrictions and guidelines that seem designed to take all the life out of the place and make it more like a unionised auto factory."

"Yes, I know it is a workplace, but they are sucking all the fun out of the place."

As I noted last week, "The House version of the 'stimulus' plan being developed in Congress would give the government's National Science Foundation (NSF) an extra $3 billion, in part, to 'put scientists to work looking for the next great discovery.' Three billion dollars is a considerable chunk of change given that the NSF spent more than $6 billion in fiscal year 2008."

I shudder to think what this gang is going to discover with the additional money.

CATO@LIBERTY
The House version of the "stimulus" plan being developed in Congress would give the government’s National Science Foundation (NSF) an extra $3 billion, in part, to "put scientists to work looking for the next great discovery." Three billion dollars is a considerable chunk of change given that the NSF spent more than $6 billion in fiscal year 2008.

A story in today's Politico says that Senator Chuck Grassley (R-IA) wants more details on a NSF Inspector General finding that "NSF employees have been spending significant amounts of company time on smut sites and in other explicit pursuits." The report states that one senior NSF official "had been repeatedly and excessively visiting pornographic websites and spending up to 20 percent of his official work time viewing sexually explicit images and engaging in sexually explicit on-line 'chats' with various women."

These examples of tawdry behavior at the NSF invite a bigger question: should taxpayers be forced to fund scientific research to begin with? The majority of scientists would probably reply that the government doesn't spend enough. Then again, it's hard to find any group that has developed a dependency on taxpayer largesse who will say otherwise.

One scientist who thinks the government shouldn't fund scientific research is Dr. Terence Kealey, a clinical bio-chemist at the University of Buckingham in the UK. Dr. Kealey made some interesting observations in a piece he wrote for Cato a while back called "End Government Science Funding."

Without government funding of science, the United States overtook Britain around 1890 as the richest country in the world. So strenuously did Congress disapprove of federal involvement in research that it refused James Smithson’s bequest in 1829 and only grudgingly accepted it in 1846. (His gift helped establish the Smithsonian Institution.)

Further, government funding of university science is largely unproductive. When Edwin Mansfield surveyed 76 major American technology firms, he found that only around 3 percent of sales could not have been achieved "without substantial delay, in the absence of recent academic research." Thus some 97 percent of commercially useful industrial technological development is, in practice, generated by in-house R&D. Academic science is of relatively small economic importance, and by funding it in public universities, governments are largely subsidizing predatory foreign companies.

In a 2003 interview with Scientific American, Dr. Kealey had this to say:

Research and development, which is a wider category, is largely funded by the private sector [for industrial purposes]. There’s no doubt in my mind that if government didn't fund science, there would be significantly more private funding even for academic science. By "academic science" I mean pure or basic science as opposed to university science; the latter would dwindle, but the former would grow within industry. My belief–and it’s based on historical evidence of how good American science was before 1940–is that you have significant foundations [that would fund pure science]. Indeed, in my book I pointed out that quite a lot of the big foundations of science preceded 1940, and then after the huge influx of American government funding, people said, "Well, the government's doing that," and they started turning their attention to other things. More recently we’ve had people like [Bill] Hewlett and [Dave] Packard and others leaving billions to endow research, as the government started to withdraw slightly from that activity.]

The above disclosure is a bit more serious and certainly raises the issue about government funding of science projects. Some scientific research is extremely costly [stem cell research, Fermilab, LHC, etc.] and many such projects are now under scrutiny: Pure academic research such as theoretical physics vs stem cell research--which would benefit mankind the most and deep philosophical questions rise to the surface...the academic vs the technocrat. The origin of the universe, while interesting, takes a backseat position when stem cell research could well correct severe spinal diseases and injuries. But that is another issue. What has come to the front now is inappropriate behavior involving government funding. Certainly web browsing porn sites and sex chat rooms is a waste of job time and should be corrected but inappropriateness takes other more serious forms too...

The McMurdo Base incident...forget it.

Sex in space taken seriously
Posted by Mercury at 7:34 AM

I wonder how the firing committee will explain their failure to discipline after previous reports of jell-o wrestling at McMurdo -- dating back to 2004, at least!