Salmonella contamination and a sense of ethics and regulation 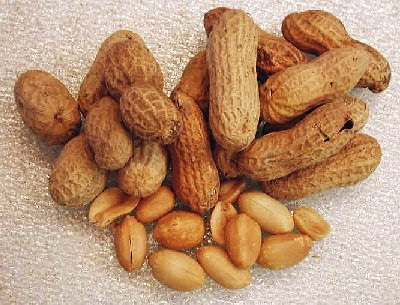 Jason Kehe, a freshman journalism major at USC, wrote his perspective on the trouble in peanut butter land. It may not be as bad as the scenes depicted in Sinclair's The Jungle but the motivation is similar--greed and the ability to circumvent Federal inspections and shuffle paper to ship contaminated products. What happened at Peanut Corporation of America in Blakely, Georgia is unacceptable despite Federal regulations on the books. It is just simple greed. Ship the contaminated products and cross the fingers that nothing serious happens. Well, many were sickened and a few died. Cause for alarm and tighter inspections. I am curious however, why an employee or two didn't become "whistle blowers" and why none of the employee were stricken.

Raw peanuts stored directly next to finished peanuts? Mold on the ceilings and walls of the cooler? Water stains? Live roaches in the washroom? Salmonella contamination?

It’s like a page straight out of Upton Sinclair, except peanut processing is the new meat packing.

The FDA report on the Peanut Corporation of America's peanut-processing plant in Blakely, Ga. — the source of the recent salmonella outbreak — is quite a thing to behold. Six pages worth of highly disturbing observations, 10 in all, composed in lovely, matter-of-fact bureaucratese.

"Failure to manufacture foods under conditions and controls necessary to minimize the potential for growth of microorganisms and contamination."

Another shocker: "Specifically, the sink located in the peanut butter room is used interchangeably as a point for cleaning hands and utensils and for washing out mops."

And this one takes the cake: "[One] environmental swab collected on 1/10/09 from the finished product cooler floor (beside the south wall) was found positive for Salmonella Mbandaka. The swab location was within 3 feet of pallets of finished product."

No wonder salmonella — which thrives in wet, filthy environments like animal feces — found its way into Peanut Corp.'s peanut butter. Karma came a-raging, and punished Peanut Corp. for its willful negligence. Peanut Corp. and its executives have fallen into irreversible disrepute and are currently facing criminal investigation.

Regrettably, the outbreak has been particularly devastating to peanut butter sales, which have dropped precipitously — most estimates say by nearly 25 percent — in recent weeks. Even worse has been the widespread illness (an estimated 19,000 affected persons) and eight deaths.

No longer is the question creamy or chunky for this childhood staple. More pressing is whether a spreading of peanut butter comes with a colony of this Gram-negative enterobacteria.

Does this kind of thing still really happen in 2009? Clearly, it does. A Nut Inspection Act might not be so far-fetched a suggestion.

Ex-employees of the Blakely peanut-processing plant, the Los Angeles Times reported last week, remember a roof that constantly leaked rain, mold on walls and ceilings and baby mice in peanut containers. How could this have happened — in 2009?

The New York Times calls the outbreak "one of the largest food contamination scares in the nation’s history" — and that isn't yellow journalism, either, but serious reporting. The press does have a penchant for sensationalism, but its coverage of the salmonella outbreak has unquestioningly been an example of good journalism, especially in its uncovering of a problem that desperately needs fixing.

In a New York Times article, Michael Moss wrote, "Interviews and government records show that state and federal inspectors do not require the peanut industry to inform the public — or even the government — of salmonella contamination in its plants."

A lot of what we (and even our pets) eat is made with processed peanuts (or on equipment that processes peanuts, as the warning labels tell us). Cookies, ice cream, candy — the peanut is everywhere. And we can't forget peanut butter itself, especially because, on average, we eat three pounds of it every year.

Therefore, that “not” between "do" and "require" is quite scandalous, and decidedly undemocratic. This lack of transparency needs to end, and end soon.

Clearly, something wasn’t working. Salmonella-laced peanut butter popped up in relation to Peanut Corp. as far back as 2004, but nothing was done in response, largely because of this scandalous loophole.

A popular solution the media have latched onto is the formation of a new stand-alone food agency to regulate food safety — a "Department of Food," as it were. Currently, the FDA and the Department of Agriculture split the responsibilities, and neither, some say, have the mandates to make the necessary changes.

Without question, the current system is broken, and changes are much needed. The formation of a Department of Food, however, seems excessive. Why is it that we must give up and start over every time something goes wrong? Progress depends not on constant reinvention but on adaptation.

Some would say the formation of a Department of Food would bypass the confusion of changing the current system, but they forget that, in forming this new department, responsibilities will have to be taken away from the FDA and Department of Agriculture. In short, the situation will be messy no matter which way the cookie crumbles — messier, probably, if we have to start over.

One thing is clear: the "not" between "do" and "require" needs to go. The public has a right to know when the food it eats comes from salmonella-contaminated plants.

But ultimately, those plants shouldn’t be salmonella-contaminated in the first place.

[Jason Kehe is a freshman majoring in print journalism.]
Posted by Mercury at 4:29 PM