"The Origin of Darwin" 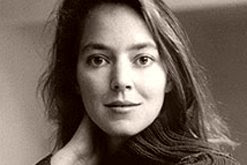 MY fellow primates, 200 years ago today, Charles Darwin was born. Please join me in wishing him happy birthday!

Unlike many members of the human species, Darwin makes an easy hero. His achievements were prodigious; his science, meticulous. His work transformed our understanding of the planet and of ourselves.

At the same time, he was a humane, gentle, decent man, a loving husband and father, and a loyal friend. Judging by his letters, he was also sometimes quite funny. He was, in other words, one of those rare beings, as likeable as he was impressive.

For example, after his marriage, Darwin worked at home, and his children (of the 10 he fathered, seven survived to adulthood) remembered playing in his study. Later, one of his sons recounted how, after an argument, his father came up to his room, sat on his bed, and apologized for losing his temper. And although often painted as a recluse, Darwin served as a local magistrate, meting out justice in his dining room.

Moreover, while many of his contemporaries approved of slavery, Darwin did not. He came from a family of ardent abolitionists, and he was revolted by what he saw in slave countries: "Near Rio de Janeiro I lived opposite to an old lady, who kept screws to crush the fingers of her female slaves. I have stayed in a house where a young household mulatto, daily and hourly, was reviled, beaten and persecuted enough to break the spirit of the lowest animal .... It makes one’s blood boil, yet heart tremble, to think that we Englishmen and our American descendants, with their boastful cry of liberty, have been and are so guilty."

He practiced a kind of ideal, dream-like science. He examined the minutiae of nature - shells of barnacles, pistils of flowers - but worked on grand themes. He corresponded with lofty men of learning, but also with farmers and pigeon breeders. He observed, questioned, experimented, constantly testing his ideas.

Could plants from the mainland colonize a newly formed island? If so, they would need a way to get there. Could they survive in the ocean? To find out, he immersed seeds in salt water for weeks, then planted them to see how many could sprout. He reported, for example, that "an asparagus plant with ripe berries floated for 23 days, when dried it floated for 85 days, and the seeds afterwards germinated." The Atlantic current moved at 33 nautical miles a day; he figured that would take a seed more than 1,300 miles in 42 days. Yes, seeds could travel by sea.

He published important work on subjects as diverse as the biology of carnivorous plants, barnacles, earthworms and the formation of coral reefs. He wrote a travelogue, "The Voyage of the Beagle," that was an immediate best seller and remains a classic of its kind. And as if that was not enough, he discovered two major forces in evolution - natural selection and sexual selection - and wrote three radical scientific masterpieces, "On the Origin of Species" (1859), "The Descent of Man and Selection in Relation to Sex" (1871) and "The Expression of the Emotions in Man and Animals" (1872).

The "Origin," of course, is what he is best known for. This volume, colossal in scope yet minutely detailed, laid the foundations of modern biology. Here, Darwin presented extensive and compelling evidence that all living beings - including humans - have evolved from a common ancestor, and that natural selection is the chief force driving evolutionary change. Sexual selection, he argued, was an additional force, responsible for spectacular features like the tail feathers of peacocks that are useless for (or even detrimental to) survival but essential for seduction.

Before the "Origin," similarities and differences between species were mere curiosities; questions as to why a certain plant is succulent like a cactus or deciduous like a maple could be answered only, "Because." Biology itself was nothing more than a vast exercise in catalog and description. After the "Origin," all organisms became connected, part of the same, profoundly ancient, family tree. Similarities and differences became comprehensible and explicable. In short, Darwin gave us a framework for asking questions about the natural world, and about ourselves.

He was not right about everything. How could he have been? Famously, he didn't know how genetics works; as for DNA - well, the structure of the molecule wasn’t discovered until 1953. So today’s view of evolution is much more nuanced than his. We have incorporated genetics, and expanded and refined our understanding of natural selection, and of the other forces in evolution.

But what is astonishing is how much Darwin did know, and how far he saw. His imagination told him, for example, that many female animals have a sense of beauty - that they like to mate with the most beautiful males. For this he was ridiculed. But we know that he was right. Still more impressive: he was not afraid to apply his ideas to humans. He thought that natural selection had operated on us, just as it had on fruit flies and centipedes.

As we delve into DNA sequences, we can see natural selection acting at the level of genes. Our genes hold evidence of our intimate associations with other beings, from cows to malaria parasites and grains. The latest research allows us to trace the genetic changes that differentiate us from our primate cousins, and shows that large parts of the human genome bear the stamp of evolution by means of natural selection.

I think Darwin would have been pleased. But not surprised.
Posted by Mercury at 7:19 PM