Analog broadcasting signals will cease for some 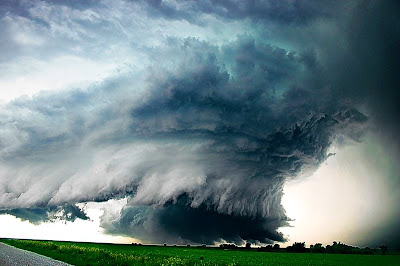 "Markets where many or all major-network stations plan to turn off analog transmissions next week are San Diego and Santa Barbara, Calif.; Providence; La Crosse and Madison, Wis.; Rockford, Ill.; Sioux City, Iowa; Waco, Texas; Macon, Ga.; Scranton, Pa.; and Burlington, Vt."
Now consider this..."Rockford, Ill.; Sioux City, Iowa; Waco, Texas; Macon, Ga."--heads up. We in the Midwest are moving from late Winter into early Spring...the time of radical climate changes--violent storms. There has already been one in Oklahoma. For farmers and ordinary citizens in those areas, there is a dependency on accurate weather information, commercial and at home, via analog broadcasting. If there are injuries or loss of life because there are no analog television broadcasts, it will certainly underline the ineptness of this unthoughtful communications program.

Associated Press
NEW YORK — Though hundreds of TV stations are turning off their analog signals next week, households in line for their $40 coupons for digital converter boxes are likely to have to wait at least several weeks longer.

The fund that subsidizes the coupons has reached its authorized limit. It's still sending out around 100,000 coupons a day as older coupons expire unused, but there's a wait list of 4 million coupons. At that rate, it would take the National Telecommunications and Information Administration about two months to process coupon requests made today.

The stimulus bill in Congress contains added funding for the program. When it takes effect, the NTIA will be able to clear the backlog in two weeks, said spokesman Bart Forbes.

Mindful of the funding shortfall, Congress extended the deadline for cutting analog broadcasts to June 12 from Feb. 17. But about a third of all full-power stations have either already turned off their analog signal or have applied to stick to Tuesday's date.

The NTIA can't give priority to coupon requests from households in those areas, Forbes said. It is legally obligated to send out coupons on a first-come-first-served basis.

Junk televisions and recycling
Posted by Mercury at 6:21 AM