What a year...astronomers get goodies 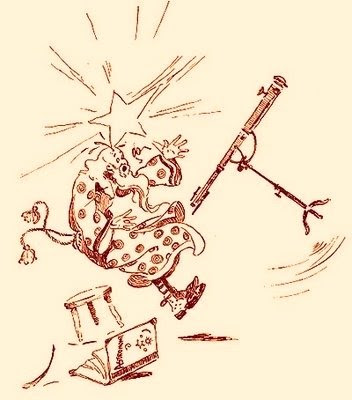 The Keene Sentinel
Astronomers this year are about to get a windfall of new and improved telescopes of unprecedented power with which to explore the universe.

The bonanza arrives 400 years after Galileo spied craters on the moon through the world's first telescope.

Instruments coming on line in 2009 will let researchers see farther and more clearly than ever — perhaps even detect signs of life on another planet or an asteroid swooping dangerously close to Earth.

The telescopes will open new windows on the heavens by using different technologies and different wavelengths of light. They'll be able to see things in the far ranges of ultraviolet, infrared or radio waves that are invisible in the narrow band of optical light.

"This year's going to be huge," said Julianne Dalcanton, an astronomer at the University of Washington in Seattle. "The new capabilities are going to be absolutely fabulous."

The International Astronomical Union, an organization of about 10,000 professional astronomers, has named 2009 the International Year of Astronomy. That's in honor of Galileo, who was accused of heresy by the Roman Catholic Church for insisting that the Earth moves around the sun.

"In 2009, we would like everybody on Earth to think at least once about the wonders of the universe," said IAU President Catherine Cesarsky, a French astrophysicist.

Among telescopes projects under way in 2009 are:

A major upgrade of the 19-year-old Hubble Space Telescope, including two advanced detectors that will vastly improve its vision for another five years.

ALMA, an array of 50-plus telescopes on a lofty desert in Chile that will be the most powerful ground-based observation system to date.

Pan-STARRS, a set of four interconnected telescopes to detect fast-moving hazardous objects, such as satellites or space rocks.

IceCube, an upside-down space particle observatory buried under the ice at the South Pole.

The Allen Telescope Array, a set of 42 of radio telescopes listening for extra-terrestrial messages from possible civilizations around another star.

Waiting for future financing are even larger, more powerful machines, including two giant telescopes with light-collecting mirrors three to four times bigger than any existing telescope.

The larger of the two, the 140-foot-wide European Extremely Large Telescope, could make pictures of clouds, mountains and seas on distant planets. It's now in the design stage, and construction might begin in 2010. Despite its huge size, it's a scaled-down version of a 330-foot Overwhelmingly Large (OWL) telescope that was canceled for technical and cost reasons.

Another ground-based instrument, the Large Synoptic Survey Telescope (LSST) will take about 1,000 images of each spot in the entire sky over its lifetime. Taken together, the repeated images will produce color movies of celestial objects as they change or move, including potentially hazardous asteroids. The LSST can also trace changes in the expansion of the universe caused by the mysterious force known as dark energy. Work on the telescope mirror is under way, and it should start taking images in 2015.

The James Webb Space Telescope, NASA's successor to Hubble, is under construction and scheduled for launch in 2013. Its main mirror, 21 feet in diameter, has to be folded up to fit in the launch vehicle, along with a sunshield that opens up to the size of a tennis court. JWST will orbit almost a million miles from Earth, where it will study the first stars and galaxies formed after the birth of the universe, 13.7 billion years ago. Unlike Hubble, JWST mostly will work in infrared light.

Here are main features of the new crop of telescopes:

The Hubble Space Telescope, which was launched in 1990, will get a new lease on life when NASA launches the fifth and final shuttle mission to repair and upgrade its aging instruments. The launch is scheduled for May 12.

In addition, astronauts will install two devices — a Wide Field Camera and a Cosmic Origins Spectrograph — that will add fresh capabilities to the venerable Hubble.

"We estimate that at the end of this repair, Hubble will be 90 times more powerful than when it was first launched," said Sandra Faber, an astronomer at the University of California, Santa Cruz.

Dalcanton, the University of Washington astronomer, is especially excited by the new spectrograph, a device that can determine the chemical makeup of a star and the atmosphere of an alien planet. This information is usually more valuable to scientists than a pretty image.

"An image tells us something's there," Dalcanton said. "Spectra tell us what kind of object it is, what it’s made of, and does it have an atmosphere."

On April 10, the European Space Agency is scheduled to launch the Herschel Space Observatory — a telescope that’s bigger and more powerful than Hubble is. Herschel's main light-collecting mirror is 11.5 feet wide, one and a half times bigger than Hubble's, and the largest mirror ever deployed in space.

Herschel will be parked 900,000 miles out in space, far beyond Hubble's 350-mile, low-earth orbit, and will observe mostly in the far-infrared range, which Hubble doesn’t reach.

Piggybacking on the same launch rocket with Herschel will be the Planck Satellite, a European telescope that will survey the cosmic background radiation left over from the birth of the universe in greater detail than ever before.

Work is proceeding rapidly on the Atacama Large Millimeter Array — ALMA for short — an assembly of 66 huge antennas on the 16,500-foot-elevation Atacama desert in Chile. It's one of the coldest, driest places on Earth, which minimizes atmospheric interference.

The first of its 100-ton antennas will be delivered to the site a year from now. Linked together by computers, they'll collect radiation from objects in the coldest, deepest regions of space with 10 times the resolution of Hubble. ALMA may be able to observe the formation of planets around other stars.

This array of 42 radio antennas near Mount Lassen in northern California will begin in March collecting extremely faint radio signals from space. Its sponsors hope to make the first detection of intelligent life beyond the solar system.

The search will concentrate on about 250,000 "promising target stars" near the center of the Milky Way galaxy, said Jill Tarter, director of the Center for SETI (Search for Extra-Terrestrial Intelligence) Research in Mountain View, Calif. Tarter, who's the real-life basis for the Jodie Foster character in the movie "Contact," has devoted her career to searching for alien civilizations.

"At first we will give highest priority to target stars that are known to host exo-planetary systems," Tarter said. If more funds are found, the Allen array will be expanded to 350 antennas, hoping to catch a call from ET.

The Kepler telescope, NASA's alien planet hunter, is scheduled for launch on March 5 into an orbit that will trail behind the Earth as it circles the sun. It will spend three and a half years precisely measuring the brightness of 100,000 stars in the Milky Way.

Kepler will be looking for a slight dimming of a star's light — evidence that a planet is crossing in front of it. The change in brightness will let scientists determine the size and orbit of the planet, which will show whether it might be able to support life. It’s the first mission specifically designed to detect Earth-like planets.

This unusual telescope is nearing completion under the ice at the South Pole. Instead of looking up to the sky, IceCube looks down through Earth to detect high-energy cosmic particles called neutrinos, which are produced by exotic objects, such as black holes or galactic explosions, in deep space. Neutrinos are extremely hard to detect because they travel at almost the speed of light and can zip untouched through ordinary matter.

When finished in 2011, IceCube will consist of 70 long "strings," each holding 60 light detectors, sunk in holes drilled a mile or more into the clear ice. The detectors will track neutrinos that have passed through the planet so scientists can determine their origin.

So far, 52 detector strings have been installed. Researchers began collecting data in April 2008.

A sensational, if unlikely, IceCube result would be the first strong evidence that the world contains extra dimensions — beyond the four familiar dimensions of space and time. Extra dimensions are a key part of "string theory," currently the most fashionable version of the physical laws that govern the universe.
Posted by Mercury at 8:27 AM

Email ThisBlogThis!Share to TwitterShare to FacebookShare to Pinterest
Labels: astronomy