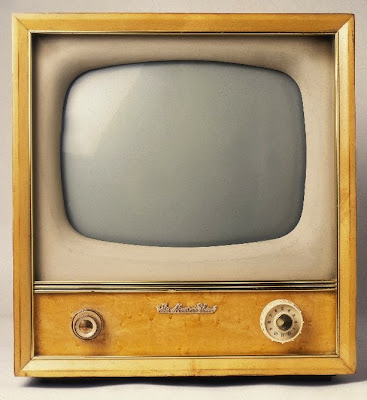 And who is responsible for a glut of disposed electronic goods--especially television sets. Perhaps the Federal Government...the public? Recently, the Federal Government. This is a distressed economy now. The past few years saw incentives to recycle aluminum, brass, copper, and high end elements from computers and related electronic goods like gold, niobium, silver, tin--even glass. Individuals and civic organizations made money as well as the scrap yards and specialized recycling companies. But now, the demand for such metals is virtually non-existent. The manufacturers aren't producing.

Consider the recent transformation from analog television broadcasting to digital. Analog broadcasting has been around commercially since the 1940s, free to the public, and accessible via "rabbit ears". Now that has all changed. The FCC has decided, in the best interest of the public, to change television transmission. I think it is more in the interest of the Federal Government. The government has decided that the analog spectrum should be used for law enforcement and emergency communication enhancement as well a huge source of revenue via an auction and leasing to commercial institutions of communication like A.T.&T., Verizon Wireless, or Sprint-Nextel. We are talking big bucks here. Was this idea ever discussed in Congress? Was this idea ever discussed with the public? Did the Government even do research on the impact, individually and environmentally, of the transition? Dollar signs, and thinly veiled emergency service benefits, were on the horizon. The transition has placed a huge expense on television stations, especially the small market and rural television stations that struggle daily to find sponsors to pay the bills. And, a burden has been placed on the American public to contribute $10 or more, if they do not have cable or satellite television or purchased a new television. Sure, the Federal Government has provided a $40 coupon to offset the expense of buying an analog to digital converter but that has been slow and bankrupt of funds. Several months ago I requested the coupon and realized too late that there was an expiration date embed on the card. Why an Expiration date? Nevertheless, I secured another plastic coupon and purchased the converter. The installation was not that easy and required two customer service calls to the manufacturer each time requiring a different wizard installation procedure totally different that what was presented in the "How To Operate The Space Shuttle" manual. Furthermore, I was amused when the fine tuning called for, as informed by the tech person, "jiggling of the antenna". So much for "high tech". The end result of this is confusion, frustration, and discarded televisions that will most likely end up in the land fill site. What about social conscience and being environmentally conscientious? Do the right thing and take the old television to a recycling establishment. Nope. Locally there is a business advertising on television as being a repository for discarded electronic equipment including televisions. Sounds great. Well, read the fine print. There is a fee involved...give them your old television and twenty bucks and the transaction is complete. [There are fees for other electronic items as well.] Very few are becoming a participant in that business venture. Consider the price of gasoline that is used to purchase a new television and a trip to the recycle center, the cost of a new television, cable or satellite provider, and the whole idea of paying someone to take your old television doesn't make sense when it is easier to anonymously place it in a convenient dumpster.

What is the answer for discarded televisions and other miscellaneous electronic equipment? There will be a small percent that are true environmentalists and go out of their way and pay a fee to dispose of the equipment but, for the most part, people will just throw the goods away.

USA TODAY
EL CERRITO, Calif. — When the hatch popped open on Louis Cornelius' SUV, there were four TVs piled up in the back, all destined for recycling. "My wife wanted to be up to date on the electronics," he says.

Sumiko Flodin's 35-year-old TV "still works," but she bought a new 19-inch set at Best Buy and wanted to empty out her living room. "I don't like the idea of having all this stuff hanging around."

When Virginia Ritchie decided to clear out her old TVs, she loaded up the big one that didn't work anymore, "and then I found three TVs in the basement to get rid of."

For each of them, and most of the 300 or so people who came to an "electronic waste recycling event" on a chilly Saturday here, the motivation was simple: cleaning up. But for the Environmental Protection Agency and activists worried about soil, water and air pollution, it's more complicated.

Televisions carelessly disposed of can be toxic to the environment. A huge backlog of unused old ones (99.1 million, the EPA says) is sitting around in people's homes.

And later this year — either on Feb. 17 or on June 12 if Congress passes a delay — the USA will switch from analog to digital TV transmission. The number of unwanted TVs will go even higher as consumers upgrade to sets capable of receiving high-definition broadcasts.

Though a TV set is benign in the living room, it's not when it is broken up to reach the reusable materials inside. There's a lot of lead, a bit of barium, cadmium, chromium, traces of gold and even mercury in the lamps on some flat screens.

The best way to deal with them is not to throw them away at all but to keep using them, says John Cross of EPA's Office of Resource Conservation and Recovery. Buying a converter box or getting cable or satellite TV will keep a TV useful for years. But if TVs are discarded, the federal agency wants to make sure the materials in them are recycled.

The problem, according to a Government Accountability Office report last year, is that the EPA's "enforcement is lacking." That has left most of the regulatory work up to the states, only some of which license and audit recycling companies.

The GAO report found that although some electronics are handled responsibly, "a substantial quantity ends up in countries where disposal practices are unsafe to workers and dangerous to the environment." Barbara Kyle of the San Francisco-based Electronics TakeBack Coalition puts that quantity at close to 90%.

EPA environmental scientist Robert Tonetti says it's not that bad: "There are hundreds of honorable recyclers in the United States, and some scoundrels."

Under EPA rules, cathode-ray tube TVs — anything that's not flat screen — aren't supposed to be put into landfills, but households are exempt. It's also illegal to export them for recycling unless the destination country agrees and the EPA has been notified. But the GAO found that recycling companies routinely circumvent the rule.

Six states have passed laws making it illegal to throw a TV away, and another five are expected to do so in 2010, Kyle says. Eighteen states, as well as New York City, have ordered electronic recycling programs. But "not all the laws include televisions, which in the year of digital conversion is unfortunate," Kyle says.

Jacob Cherry, a third-generation recycler and CEO of Universal Waste Management, the Oakland company that organized the collection event, says he has seen "people just putting their television in a big black plastic bag so they wouldn't get caught."

At the El Cerrito event, collection coordinator Enrique Aparicio had a crew of seven lined up in the parking lot, ready to swarm over each car, truck and SUV as it passed from sign-in station to drop-off point.

At the company's warehouse in Oakland, Cherry's staff dismantles everything down to its constituent pieces for shipping to processors. Cesar Garcia, a dismantler, lines them up on a long metal table. He first uses an electric screwdriver to unfasten the plastic housing. Sometimes it takes a few whacks with a hammer to loosen the really old ones.

Next he pulls out a pair of wire snips and clips all the cords, which go into a waiting bin to be relieved of their copper later. Now comes the fun part: breaking the vacuum seal on the cathode ray tube. "If you don't, when you drop one of these, it goes off like a bomb," Cherry says.

Garcia takes an awl and a hammer and carefully positions it in the hole left when the air was sucked out of the tube when it was made. A quick tap releases the vacuum. The back portion of the tube, called the funnel, has a thick layer of lead paint, about 5 to 7 pounds worth. It and the screen go to Mexico, where they are crushed, the lead recovered and the glass melted down for reuse in new cathode-ray tubes.

The yoke at the back is pulled out and the copper wire recovered. Then comes the "big bad guy" in the industry, the TV's circuit board. "This has some valuable materials in it, and also some that can be toxic," Cherry says. Here's where recycling can get less than green.

Recycling can be done quick and dirty to get the valuable metals. That's what happens when companies refine "the old-fashioned way," in Cherry's words.

"You throw it in a big vat of acid, and it effectively melts all of the different materials and you're left with metals and sludge." The metals are sold, the sludge is waste. "Oftentimes, when that vat of acid is spent, it's literally dumped," soaking into the ground and polluting the water table, Cherry says.

"The old-fashioned way" is frequently how workshops in developing nations recover resalable materials in TVs and computers. According to the Basel Convention, an outgrowth of the United Nations' environmental program, when old TVs and electronics are shipped to China, India and Africa, their precious and recyclable metals are recovered in ways that are environmentally hazardous, poisoning workers, the air and the land. Environmentalists and activists want Congress to make exporting such e-waste illegal.

"In a place like China, the recycling of copper wire is to douse it with kerosene and burn the vinyl off. You create a tremendously toxic fog when you do that," says Robert Houghton, president of the Columbus, Ohio, recycling company Redemtech.

EPA's Cross says it's important to understand that most markets for reused and recycled electronics are outside the USA. "Reuse markets are mainly in less-developed countries," he says. And though there are certainly "some unscrupulous recyclers and export brokers, these actually handle a small minority of materials."

Unified Waste Management's Cherry makes money because California pays collectors by the pound for recycled electronics. His materials go to California-certified Xstrata in San Jose, a former copper smelter that now focuses on recycling. But, he notes, "We have buyers that hit us up literally daily. They're from Southeast Asia or African nations like Nigeria, and they offer better prices than we're getting."
Posted by Mercury at 7:23 AM