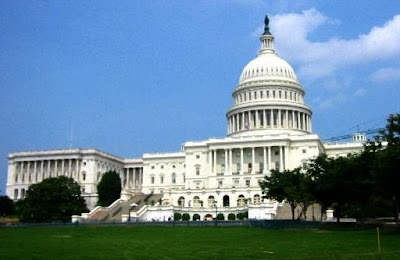 I missed this one. I wonder how many lobbyists are mopping their sweaty brows with a smile on their faces. I bet PBS was there twisting arms.

Reuters
WASHINGTON--The House of Representatives on Wednesday failed to pass a bill to delay the nationwide switch to digital television signals by about four months.

The bill needed two-thirds of the votes of the House under special rules adopted for the vote.

Efforts to delay the transition date to June 12 from February 17 has been fueled by worries that 20 million mostly poor, elderly and rural households are not ready for the congressionally mandated switch.

President Barack Obama supports a delay, and the Senate passed the bill seeking a delay earlier this week.

The New York Times
Two days after the Senate unanimously approved a four-month delay of the digital television transition, the House of Representatives did not pass the same proposal on Wednesday, "leaving the current Feb. 17 deadline intact for now," the Associated Press reports.

"The 258-168 vote failed to clear the two-thirds threshold needed for passage in a victory for GOP members," according to the AP.

The legislation's failure means that the nation's television stations will have to switch from analog to digital broadcasting by Feb. 17, unless Congress takes other steps to delay the transition.

House Democrats may bring the bill up for a regular floor vote next week. That vote would only require majority support to pass. "Wednesday’s vote took place under a special procedure that required two-thirds support for passage," the AP reported.

Earlier this month, calling the government funds to support the switch "woefully inadequate," the Obama administration called on Congress to delay the Feb. 17 date. The switch requires consumers without a digital-ready TV who rely on over-the-air signals to install converter boxes for their TV sets. The Nielsen Co. estimates that more than six million households are still unready for the switch.

Some lawmakers have argued that a delay would only exacerbate the confusion about the transition. And local stations have noted that they have already budgeted funds for next month's switch. Keeping their analog signals on the air for four more months would require more money for power and maintenance costs.

"In my opinion, we could do nothing worse than to delay this transition date," said Joe Barton of Texas, the top Republican on the House Commerce Committee. "The bill is a solution looking for a problem that exists mostly in the mind of the Obama administration."

In a statement Tuesday, the Senate Commerce Committee chairman, John D. Rockefeller IV, said he was deeply disappointed by the Republicans' move to block the transition.

"Instead of delaying the transition to ensure that the most vulnerable among us have the ability to prepare for the transition, they have made certain that far too many consumers across the country will wake up on February the 18th and find that their television sets have gone dark and access to news, information, and vital emergency alerts will be unavailable," he said. "It did not have to be this way — this situation was unnecessary and avoidable."


Digital TV switchover is postponed
Posted by Mercury at 10:38 AM

Email ThisBlogThis!Share to TwitterShare to FacebookShare to Pinterest
Labels: communications, digital television, The House of Representatives