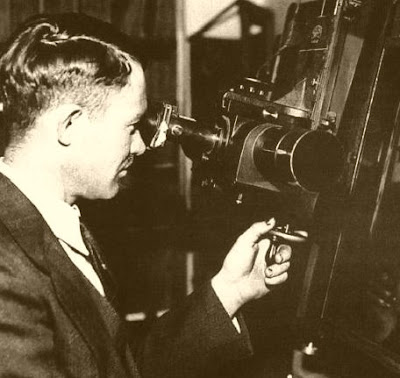 
Tyson's interview with "Time" on Pluto and planets
Posted by Mercury at 5:11 AM

Tyson is way off in his claim that public affinity for Pluto "is all about the dog." Just because he cannot figure out why people like Pluto doesn't mean he can pick an answer out of a hat and call it truth. Most people who want to see Pluto keep its planet status are people who have an interest in astronomy and the solar system to begin with. They look at Pluto, see a round object just like Earth and Mercury, only smaller, and think, planet.

And that is where Tyson's book falls short. He never mentions hydrostatic equilibrium, the condition in which a body has enough self gravity to pull itself into a round shape, a condition that leads to geological differentiation into core, mantle, and crust. Planets have this differentiation as well as ongoing geological and meteorological processes; inert, shapeless asteroids do not. How any astronomer can completely overlook hydrostatic equilibrium and claim he is placing like objects together while grouping spherical objects with asteroids is beyond comprehension.

The same is true for his claim that the only "Plutophiles" are Americans. There have been songs and poems written by people worldwide in support of Pluto's planet status. People from countries all over the world belong to pro-Pluto Internet groups. Again, Tyson is drawing a conclusion without providing sufficient evidence.

As for the claim that if brought into Earth's orbit, Pluto would grow a tail like a comet, this too is a red herring. Any planet brought close enough to its parent star would begin sublimating and grow a tail due to outgassing. If Earth were placed in Mercury's orbit, it would do this too.

1.) Are you familiar with "Pluto and Charon: Ice Worlds on the Ragged Edge of the Solar System" by Alan Stern and Jacqueline Mitton?

2,) "There have been songs and poems written by people worldwide in support of Pluto's planet status. People from countries all over the world belong to pro-Pluto Internet groups." I failed to find any samples. Do you have some links to representative examples? I am just curious to see how others are treating this event.

I still don't see why both realms cannot co-exist. The general public can retain the history and historical status of Pluto and the astronomers can categorically place Pluto wherever they wish to satisfy their definition.

I received Stern and Mitton's book as a holiday gift, and it is on my priority list for reading. In fact, I had the opportunity to meet Stern at the Great Planet Debate last summer and am still in touch with him via email. He will be the first astronomer to tell you that "astronomers" as a general category have not come to any type of agreement on Pluto's planet status, that there are many planetary scientists who dissent from the IAU decision (made by only four percent of its membership), and that there are valid scientific reasons for keeping Pluto in the planet category.

In my blog at http://laurele.livejournal.com , I have over time listed many worldwide efforts on the Internet and in the arts supporting Pluto's reinstatement. Here are a few:

Facebook group, "When I was your age, Pluto was a planet," a pro-Pluto group with 1.5 million members around the world:
http://www.facebook.com/home.php#/group.php?gid=2207893888

There was a petition online for two years, organized by Dipankar Subba of Singapore. It has since been discontinued, but approximately 2,000 signatures from around the world were sent to the IAU.

"The Death of Pluto"
Adapted by Robert Croog (by substituting Pluto for Tammuz) from the poem by Saul Tchernichowsky, "The Death of Tammuz," Hebrew, translated by L. V. Snowman, published in A Treasury of Jewish Poetry from Biblical Times to the Present, edited by Nathan and Marynn Ausubel
http://laurele.livejournal.com/2008/08/24/

The Society for the Preservation of Pluto as a Planet: http://www.plutoisaplanet.org

There are also many Pluto groups on social networking sites such as Facebook, MySpace, RedOrbit, LiveJournal, etc. Facebook appears to have the most, with participants from around the world.

Well, Stuart Atkinson's poem "Banishing Pluto" is fine as well as "The Death of Pluto" and your expository comments. [Do note: http://philosophyofscienceportal.blogspot.com/2009/02/plutoa-readers-contribution.html ] Sub Plot A's "Pluto Rocks" goes no where and I am not going to pay The Calgary Sun $12 to read the article. Tom Knutson's "Pluto's a Planet" is a CD advertisement...thought there might be at least a sample audio. Mark Burrows' "Ode to Pluto"--can't find it.

As I understand, Tyson is an astrophysicist. I do agree he is highly commercialized and playing the circuit is part of the promotional game of selling books. He is no worse than a Carl Sagan, Bill Nye, Brian Greene, Lawrence Krauss, or Stephen Hawking when it comes to self-promotion and making money.