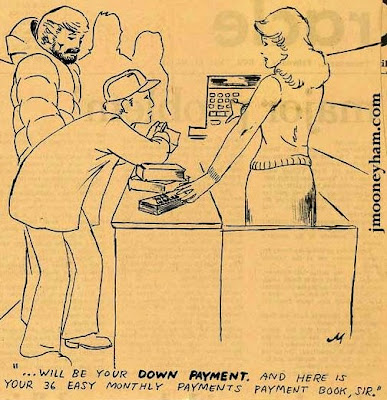 Currently, there is no answer.

"Textbook prices are a formidable foe"

Daily Trojan
Venture to the third floor of Pertusati University Bookstore this week and you'll likely find most of the students roaming the stacks sounding off on the same complaint: the skyrocketing cost of textbooks is breaking their bank accounts.

Depending on whom you ask, textbooks set the typical student back $650 to $1,000 per year. One USC Bookstore official estimates, based on historical trends and sales data, that students actually spend upward of $800 per semester when you include the cost of required additional course materials and supplies. For many students, climbing costs do more than force them to divert some cash from the beer fund to pay for books. These costs, which a Congressional report found rose two times the rate of inflation from 1986 to 2005, create a financial barrier to educational opportunities.

Students' complaints about the cost of these mandatory class materials are certainly justified. But many of the gripes falsely lay blame almost entirely on the university and the bookstore, typically to the tune of, "Just another example of USC squeezing its students for every 'SCent." These complaints, rooted in misinformation and an over-simplified view of the very profitable textbook publishing industry, fail to address the actual problems with the textbook market and potential solutions to lowering costs.

Books, which make up nearly 40 percent of the bookstore's $50 million in annual sales, don't exactly add up to big profits for Pertusati. The store runs a 21 percent base margin on books, meaning for each dollar spent, the bookstore keeps just 21 cents. Subtract from that operating costs, such as paying the some 110 full-time and more than 400 part-time student workers employed by USC Bookstores, and it's clear USC isn't exactly profiting off students' financial hardships.

"I really want to make the point that we're not gouging people," insists Dan Archer, director of the bookstore and a 20-year veteran of the textbook industry. "What we need to tell folks is I run a zero-balance budget. My job is to bring us back to zero."

So, if the bookstore isn't to blame for the skyrocketing costs, who is? It's no secret in the world of higher education that the textbook industry itself, which an advisory committee under the Department of Education lambasted as "structurally flawed" and "a market driven by supply rather than demand," is badly broken. Professors pick the books; the publishing industry, which retains 65 cents on the dollar for each book sold, sets the prices; and students are stuck footing the bill, with essentially no say in the process. Publishers say the soaring costs result from issuing "new and improved" editions of texts and introducing new digital features and additions. Although that can benefit students’ learning, it makes it difficult for students and professors to reuse last year’s less-expensive versions.

"You wonder: are they making the changes to keep competitive or thwart the used-book industry?" Archer says. "I've been in the industry since 1987 and the topic [has always been]: 'Why do you have to have an edition every year?'"

There are a lot of Big Lofty Ideas floating around these days about how to lower the cost of textbooks. Though most of these ideas are good spirited, they lack the punch or practicality to lower prices across the board. Student PIRGs, including USC’s chapter, have rallied around the adoption of open-source textbooks, a wiki-like approach to circumventing the cash-driven claws of the publishing industry by providing materials to the academic community for free. More than 100 legislative fixes aimed at providing more transparency to the process have been proposed on the state and federal levels. Here on campus, one student group has discussed with campus administrators the possibility of creating an alumni-funded textbook endowment to subsidize the cost of materials for future Trojans.

Sadly, none of these ideas have gained enough traction or proved effective enough to put a dent in the actual dollar amount students shell out each year — leading about one-quarter of students nationwide to look for better book deals online.

Archer points to several short-term local solutions that, if pursued properly, could lower the costs at USC. For example, professors can submit their book lists on time to give the bookstore the opportunity to maximize its patronage of the used book market.

Archer encourages faculty to use available resources and ask textbook company sales representatives directly about the changes between editions to see if it is really necessary to "upgrade" each year. He also suggests increasing the use of course readers — compilations of excerpts from various texts — to give students more bang for their buck. "It's better to have one $80 course reader that you are going to use 100 percent than three or four books that you just use 10 or 15 percent of," he said.

The enduring battle between students and the textbook publishing industry continues to resemble a David and Goliath scenario — how do you get a 200-year-old, incredibly profitable industry to change? That’s the $64,000 question, Archer said, and it’s fairly clear that without significant reforms within the industry and in the way textbook sales are regulated, those changes aren’t going to come anytime soon.

When I asked the head of USC CalPIRG's textbook prices campaign whether she thought the industry would ever take any steps to actually lower prices on its own, her answer embodied the challenge with lowering textbook prices at its core.

"If you put yourself in their shoes, why would they change something that’s been working for them since before they were born?" she asked with a laugh. "If I was one of them and profiting, I would probably be doing the exact same thing."

I was a rep with one of the major US texbook publishers for many years.

Most texts do not have a new edition every year. The publishing cycle for an individual text is usually four to eight years.

The article does not mention the fact that many of the texts published turn out to be duds. (A situation somewhat similar to the Music industry)

I could go on, but if you have read this far, you may have realized the the article is not well researched.

If you are a student, Good Luck.

Well, I must disagree in that the USC article is rather to the point...in that text books are expensive and mirrors an unregulated arena of the educational economic system. I well remember this issue when I was an undergraduate. Books were expensive then and we confronted the university book store for an explanation. And it was indeed true that their profit margin was very low on text books. As a mater of fact their bulk revenue was in the ancillary sales of clothing and the like. But you have to admit that 60% of the sales are deposited in the publisher's bank account is rather high. Statistically, more students are into the sciences than the humanities and the sciences are a volatile field of knowledge. Books become outdated rapidly and it is difficult to shell out hundreds of dollars for a book that is dated the day it comes off the presses. Books in the humanities are somewhat stable and have a very narrow scope of direction. Furthermore, the disproportionate profits are truly mirrored in fields with huge numbers of students such as elementary chemistry or physics...sometimes required courses even if a humanities degree is sought. Now, I will grant there are expenses in printing a text and paying the author[s], but I don not feel that it justifies high retail costs. Perhaps the outdated texts can be supplemented with annual small additions instead of reprinting the whole volume. But, I do see electronic texts on the horizon and the used book market is very strong.

Incidentally, as a book sales representative were you given a salary [and expenses], worked on a commission, or both?