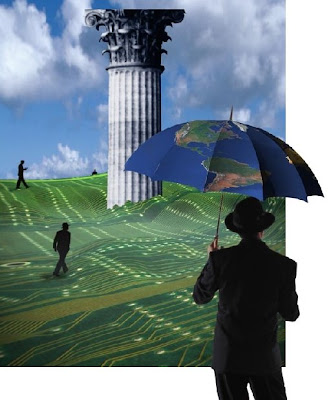 It did not used to be this way. A liberal arts school was just that...liberal arts where there was a blend of the sciences and humanities. Now it appears that emphasis is placed solely on the sciences. That's not a well-rounded education; it's more vocational oriented.

The Times of India

CHENNAI: At least 13 academic departments of the University of Madras have not been able to attract enough students for postgraduate courses over the past several years. Patronage for these courses has been only between 8 % and 49% of the sanctioned strength over a five-year period beginning 2003-04.

The university offers 80 postgraduate courses in humanities, science and commerce streams through its 68 departments. Statistics compiled on the basis of admission figures provided by 59 departments revealed that the average students' enrolment has been poor or average in 13 departments. Some departments have also recorded zero student intakes in some years, a performance audit report prepared by the Principal Accountant General (Civil Audit) has said.

"Some of the courses are religious oriented courses and only selected students who have personal interest in these courses take them up," the university officials said in response to the audit findings.

Interestingly, not a single student joined MA in Saivasidhandha in the academic years 2003-04 to 2006-07, whereas the department has a sanctioned student intake of 10 every year. Likewise, last year no student enrolled for the MA in Philosophy although the sanctioned strength is 20. Just 21 students joined the philosophy department in five years, whereas the sanctioned intake for one year itself is 20.

University officials pointed out that the humanities stream has always been less attractive that the sciences stream and therefore, not many joined postgraduate courses.

The reality, though, is that there is a demand for students of anthropology in the job market. "We are unable to cater to the manpower requirement from non-governmental organisations, rural development department and social welfare department at the national level. Interestingly, social scientists and even medical doctors have evinced keen interest in pursuing doctoral studies (PhD) in Anthropology," he said.

To popularise the subject, the department is toying with the idea of introducing a five-year integrated MA Anthropology course in the university from the next academic year.

University officials also attributed vacancies in some departments to the communal reservation system that is followed while admitting students. "The vacancies exist (in some departments) because they cannot be filled up for want of eligible candidates under certain categories of community due to adoption of roster system," the officials said.

While this is the scene with the students' intake, the university is simultaneously grappling with infrastructure inadequacies in hosting students of some other departments that have attracted lots of students.

For instance, in respect of research oriented science subjects, the classrooms available are adequate for conducting theory classes for one batch of students alone, while the other batch is accommodated in the laboratory.

However, now the university is initiating steps to construct more classrooms in multi-storied buildings to meet future requirements of all its four campuses in Chepauk, Marina, Guindy and Taramani.

"The lasting value of the humanities"

boston.com
HISTORY, literature, philosophy, and the other humanities disciplines - of what use are they? Stanley Fish, the erudite blogger for The New York Times, has argued recently that they are of no use at all. Paradoxically, that is precisely why they are important, according to Fish.

The legislation sponsored by Pell in 1965 established the humanities endowment with a mandate to foster "national progress" in the humanities. In some of the loftiest language ever to appear in federal legislation, the act declared that "a high civilization must not limit its efforts to science and technology alone but must give full value and support to the other great branches of man's scholarly and cultural activity in order to achieve a better understanding of the past, a better analysis of the present and a better view of the future."

Through its grant making and other activities, the endowment preserves and provides access to cultural and intellectual resources that help to define us as a people; strengthens teaching and learning in the humanities in schools and colleges across the nation; facilitates basic research and original scholarship in the humanities; and provides opportunities for Americans to use the humanities both for personal enrichment and to improve civic life.

Over the past 40 years, nearly 100,000 high school and college teachers have deepened their knowledge of the humanities and honed their classroom skills through intensive summer study supported by the endowment, tens of thousands of scholars have received funding for research and writing projects, and tens of millions of Americans have been enlightened and entertained by endowment-funded documentaries such as Ken Burns's "The Civil War."

In keeping with Pell's vision, local affiliates of the endowment exist in every state. Ours is called Mass Humanities. With funds provided by the national endowment, the Massachusetts Cultural Council, and private donors, Mass Humanities supports and conducts humanities programs that strengthen civic life across the Commonwealth.

The benefits of the Pell Grants are easily comprehended. The benefits of humanities programs are less readily identifiable. Certainly we all understand that a teacher who attends an NEH seminar will become a more knowledgeable and enthusiastic teacher, and a youngster who watches "Eyes on the Prize" will come away with a greater awareness that civic freedoms and rights are matters for which all of us bear responsibility.

But what is generally not considered is the capacity of the humanities to ennoble and enrich the lives of average citizens, and to make them more complete human beings and more capable of sustaining themselves and their communities. Here in Massachusetts, for example, the Clemente Course in the Humanities offers college-level humanities courses free to adults living in or near poverty in Boston, Holyoke, and New Bedford. Graduates of the program receive six college credits and, more important, they acquire resources that enable them to take fuller control of their lives, enhance the well-being of their families, and become more effective participants in civic life.

In difficult economic times, humanities programs may seem a luxury, something we can do without. Like Pell Grants, however, humanities programs are even more important in hard times. Indeed, this is a time to consider a dramatic increase in the NEH appropriation, which is, and always has been, woefully inadequate.

History teaches us how those who came before us have confronted the challenges of the past; literature provides insights into human needs, desires, and motivations; philosophy helps to clarify and illuminate what, in the end, is truly of value. Taken together, the humanities give us a fuller sense of what is possible, desirable, and right.

Pell understood the usefulness of the humanities. We should be grateful for the legacy he has left us.
Posted by Mercury at 8:19 AM