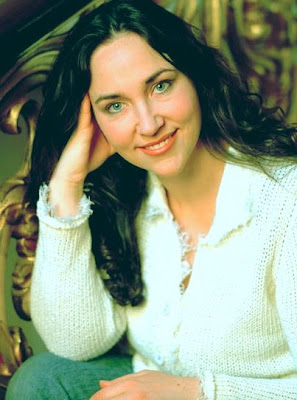 Christine Rice
Just goes to illustrate that there can be a blend of the arts [opera] and science [physics].

"Once a physicist: Christine Rice"

physicsworld.com
Christine Rice is a mezzo-soprano who has performed with the English National Opera, De Vlaamse Opera in Antwerp, Belgium, and several other opera companies around the world

Why did you study physics?

My father was a scientist and all my older siblings took science A levels, so it seemed the most obvious path for me to take. Plus, the careers advice we got was to avoid arts subjects as you would never get a job (happily, none of my “arty” friends at university ended up destitute). There was also a big drive to recruit more women into science and I was always one for a challenge. It meant something to me that girls could be as good at science as boys were. I did also enjoy the subject and one of my most satisfactory school experiences was preparing for the Oxford University entrance exam.

Did you enjoy the course?

I was a little daunted by Oxford when I first arrived and it took a long time for me to recover my confidence. I was not a fan of lectures and much preferred finding my own way through a subject using the library and the one-to-one teaching of the tutorial system. Quantum mechanics and special relativity were definite high points, although I seem to remember grasping the twin paradox (high-speed rocket, one twin ageing less) only when I was reading the textbook and never when I looked away.

What did you do after graduating?

I started a DPhil in the atmospheric physics department at Oxford because I had some idealistic notion of contributing to the world’s knowledge of global warming and its potential dangers. I was rather dismayed to discover how fervently scientists on both sides of the climate-change argument could argue their particular thesis and manipulate the data to prove their conclusions. It seemed a little like religious faith — if you believed a thing to be true, then it could be — and I got the distinct impression that I was about to embark on the same process. Once I got stuck into being at the computer every day, I knew this was not the right place for me.

As a child I learned both the violin and piano. I shone at neither, but I did get a lot of pleasure out of playing in the Manchester Youth Orchestra and going to concerts. My transforming passion turned out to be the theatre, and seeing a production of Henry V in 1985 with Kenneth Branagh in the title role was a real “eureka” moment for me. After that I found myself a drama teacher and auditioned for the Manchester Youth Theatre while I was still at school, much to the bemusement of my parents. As a student at Oxford I performed in a couple of musicals and met a singing teacher through a friend. I started singing lessons simply because I thought that all actors need to make themselves as versatile as possible, but I found the combination of making music and drama intoxicating.

What made you become a full-time singer?

After two years of my DPhil research my supervisor very kindly agreed to keep my place and the associated funding open to me while I took a year out to go to music college. While at the Royal Northern College of Music, I met a brilliant singing teacher who possessed a rare talent for hearing the true potential in a relatively untrained voice. He suggested that I could be a working singer if I stuck at it, and with that vote of confidence I submitted my two years of research as an MSc and bid farewell to physics.

Do you see any connection between physics and opera?

In truth, no. But if I were pushed to make a tenuous connection, I might suggest that a good head for numbers could be of use when memorizing rhythmically complex patterns in contemporary music. The single-mindedness necessary to succeed in the singing world is also akin to the ambition required to advance in academia.

What are you working on at the moment?

Last autumn I sang the role of Giulietta in Les Contes d’Hoffmann by Jacques Offenbach at the Royal Opera House, London. This year I am embarking on a recital tour in Europe with the wonderful soprano Kate Royal, and in the spring I will be in Madrid performing Penelope in Monteverdi’s Il Ritorno d’Ulisse. Much variety means life is never dull.
Posted by Mercury at 2:37 PM